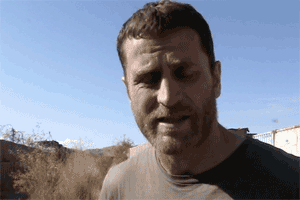 Ben Anderson is a presenter and journalist, who has worked for the BBC and VICE, as well as The Guardian and The Times.

His 2003 series, Holidays in the Axis of Evil, featured Anderson secretly visiting such places as Iran, Iraq, North Korea and Syria. Anderson has furthermore covered gang wars in El Salvador, Maoist insurgents in Bihar and the war in southern Iraq.

Anderson has worked extensively in Afghanistan. His film, Taking on the Taliban, documented the Queen’s Company Grenadier Guards in Helmand, Afghanistan’s most violent province – the film was shortlisted for a BAFTA.

The Frontline Club Award for Broadcast was awarded to Anderson for another piece on Afghanistan, This is What Winning Looks Like. This BBC/VICE documentary covers the American and British troops’ withdrawal, revealing the lack of NATO strategy for the pull-out and the resulting issues for the troops and within the southern province. 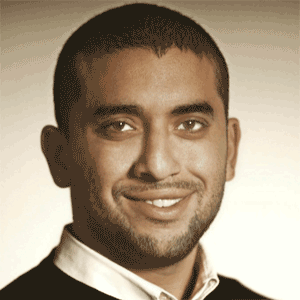 Ali Noureldine, known to all as Ali Ali, was born in Gaza City and grew up in Gaza and Egypt. He began freelancing for the EPA Gaza bureau at age 17, and joined the agency two years later. He has mostly covered the Israeli–Palestinian conflict. He covered the 2008 war in Gaza and Israel’s withdrawal from the region following the conflict, which he describes as one of the major events in his career.

Ali Ali documents both news events as well as features, focusing on people’s lives in Gaza and how their lives are affected by the conflict.

In 2009, Ali Ali took part in a year-long World Press Photo workshop in 2013, he was also invited for the World Press Joop Swart Masterclass.

He received the 2013 Frontline Club Award for Photojournalism for his series on daily life in Gaza.

Patrick Kingsley is The Guardian’s Egypt correspondent, his first foreign posting. He won the title of Best New Journalist at the 2013 British Journalism Awards.

Kingsley gained praise for his coverage of the unrest in Egypt during the Arab Spring and was the last person to interview Mohamed Morsi before he was ousted. His article, Killing in Cairo, pieced together the events of the attack on the Muslim Brotherhood sit-in outside the Republican Guards’ club. His investigative journalism exposed the army’s version of events, revealing through eyewitness accounts that the army had moved on the unarmed demonstration.

The Frontline Club Awards’ judges praised his capacity to “create a narrative out of chaos”. 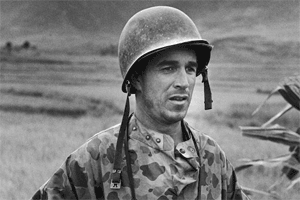 David Douglas Duncan can truly be considered one of the best photojournalists of the last century. Born in 1916, his first steps into photography began as a student.

In 1943, Duncan enlisted with the marine corps as the US involved itself in WW2 and became a combat photographer. His images from the front – such as those from the Battle of Okinawa or those taken aboard the USS Missouri – quickly became iconic. After WW2, Duncan joined LIFE magazine, he was stationed in the Middle East and covered the region for 10 years. He also returned to the front line on several occasions to cover the Korean and Vietnam wars; those works were published in his war trilogy: This Is War!, I Protest! and War Without Heroes.

While working for LIFE, Duncan pioneered the use of the technologically advanced Nikkor lenses. The magazine ran his pictures from Palestine, Greece, Turkey, Korea, Japan, India, Egypt, Morocco and Afghanistan.

In 1968, Duncan covered the national conventions for NBC, leading to an interesting and well-received media cross-over in which “pictures story” summaries of the conventions were broadcast on the television. He also frequently photographed Pablo Picasso.

In his career, which spans over 60 years, Duncan has produced hundreds of thousands of images, many of them compiled in his two dozen books.