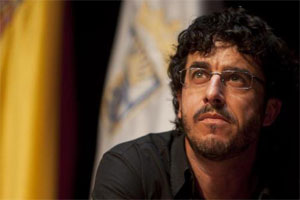 Emilio Morenatti is a Spanish photojournalist. Born in 1969, he began working for a local newspaper in 1989. In 1992, he joined the Spanish news agency Efe. He has worked exclusively for AP since March 2004. Morenatti has many years of experience covering conflict, working for AP in Afghanistan, Pakistan, Israel and the Palestinian Territories.

In 2006, while covering the conflict in Gaza he was kidnapped by gunmen before being released unharmed a day later. He was named 2008 Newspaper Photographer of the Year by Pictures of the Year International.

On 11 August 2009, while on assignment in Afghanistan, Morenatti was injured in a blast caused by a roadside bomb, losing his left foot. He is now back in action and based in Barcelona as the AP chief photographer for Spain and Portugal. 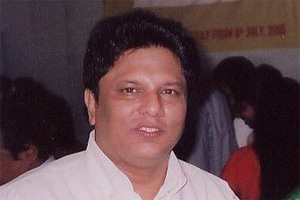 Lasantha Wickrematunge, born 1958, was a prominent journalist and commentator in Sri Lanka. As editor of The Sunday Leader, he was an outspoken critic of both the Sri Lankan government and the Tamil Tigers. His work was published widely around the world.

On the morning of 8 January 2009, Wickrematunge was assassinated near Colombo as he was driving to his office, shot in his car by unknown gunmen riding motorcycles. Due to frequent death threats in the months leading up to his killing, he was able to predict his death in an editorial which was published three days later.

Posthumously Wickrematunge was the recipient of many awards associated with press freedom, including the Guillermo Cano Prize, the Louis Lyons Award, the James Cameron Memorial Trust Award, and the John Aubuchon Press Freedom Award. In 2010 he was declared a World Press Freedom Hero of the International Press Institute.