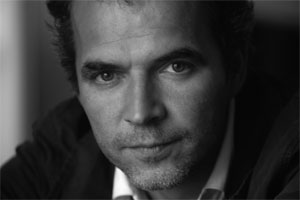 Born in 1963, Yuri Kozyrev is a Russian photojournalist who started his career documenting the collapse of the Soviet Union for the LA Times during the 1990s. In 2001 Kozyrev started to cover developments in Afghanistan, before arriving in Baghdad in 2002. He lived in Iraq for seven years contracted to Time magazine, travelling all over the country photographing the different sides of the conflict.

Since 2011, Kozyrev has been documenting the uprisings and their aftermaths in Bahrain, Yemen, Tunisia and especially Egypt and Libya. On Revolution Road won the 2011 Visa d’or News at the international festival of photojournalism Visa pour l’Image and at the Prix Bayeux-Calvados his work Dispatch from Libya won both the Trophee and the Public Prize.

In 2012 his work was awarded at the World Press Photo Contest and he was named the 2011 Photographer of the Year in the Pictures of the Year International competition. Kozyrev received the Frontline Club Award for his coverage of the Iraq war. 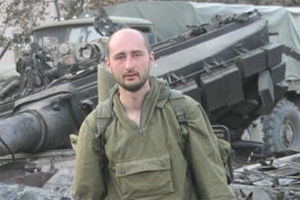 Arkady Babchenko is a journalist and author, born in Moscow in 1977. At 18 he began his two year stint of compulsory military service, which coincided with the first Chechen War in 1996–98. He volunteered to return for six months in 2000 during the second Chechen War.

Babchenko published his first book, One Soldier’s War in Chechnya, to critical acclaim in 2008. The book is an unglamorous record of Babchenko’s time in the Russian Army. He describes the horrors of hunger, boredom, fear, filth and disease as part of the daily routine.

A law graduate, he currently works in Moscow as a journalist on the opposition newspaper Novaya Gazeta. 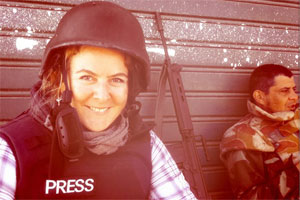 Firle Davies, born 1970, is a Zimbabwean journalist who has been reporting on international issues for over two decades. She is known for covering civil wars and humanitarian emergencies, influenced by her childhood experiences of the final years of the black nationalist revolution in what was then Rhodesia.

Davies began her career in journalism directly after graduating from high school in 1988. Starting out as a boom operator for Visnews, she moved into freelance camera work based in East Africa, and in 2000 joined the BBC as a full-time journalist covering southern Africa.

Davies has reported from the Democratic Republic of Congo, Rwanda, Sierra Leone, Somalia and Sudan, among other countries.