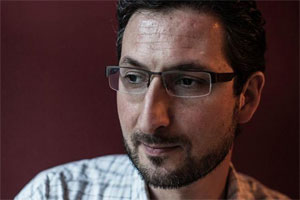 Mani is a freelance documentary filmmaker and photojournalist. Since 2011, he has mainly focused on the war in Syria and his work as a filmmaker. His photography has appeared in publications such as Paris Match, Le Monde, The Guardian, The Sunday Times Magazine, Die Zeit and National Geographic Magazine.

He regularly works on assignment for ITN/Channel 4 News and his films have been aired by international broadcasters such as CNN, CBS, France 2, Canal+ and ZDF. His photography from Homs won the Humanitarian Visa d’or Award and was exhibited at the International Festival for Photojournalism in Perpignan, France, in September 2012.

His first film in Syria, Horror of Homs, for which he received the Frontline Club Award, won four further international awards in 2012: the Royal Television Society Award, the Rory Peck Award, the Amnesty International Media Award and the Foreign Press Association Award. The film was also nominated for a BAFTA TV Award in 2013.

Paul Wood is the world affairs correspondent for the BBC. He has covered a dozen wars in 15 years as a BBC foreign correspondent, including conflicts in Bosnia, Macedonia, Chechnya, Darfur, the Palestinian Territories, Afghanistan and Libya.

Wood’s reporting on the Iraq war in 2004 won him a Golden Nymph at the Monte Carlo Festival and a Bayeux Award for War Correspondents. For his coverage of Syria, he was named Journalist of the Year by the UK Foreign Press Association, as well as winning the David Bloom Prize from the US Radio and TV Correspondents’ Association.

He received the Frontline Club Special Commendation for his documentary film Homs: Journey into Hell alongside cameraman Fred Scott.

Fred Scott is a veteran cameraman who has risked his life to bring footage into the homes of millions. He was caught up in friendly fire en route to Baghdad while filming with BBC reporter John Simpson, and was one of the first journalists to be embedded with troops in Iraq. He received the Frontline Club Special Commendation for his camerawork in Homs: Journey into Hell alongside journalist Paul Wood. 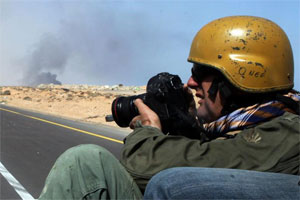 Born in Belgrade in 1969, Goran Tomasevic has been photographing conflict for nearly 20 years. His career began in 1991 for daily newspaper Politika in the former Yugoslavia. In 1996 he started working for Reuters as a freelance photographer, covering the anti-Milosevic demonstrations.

Tomasevic was based in Baghdad during the Iraq conflict, in Jerusalem during tense times between the Israelis and Palestinians and was a senior photographer in Egypt during the uprising.

In 2003 and 2005 Goran won the Reuters Photographer of the Year Award. Tomasevic is currently covering the conflict in Syria, for which his work 18 Days with the Syrian Rebels won him the Frontline Club Award. 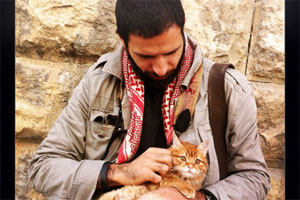 Ghaith Abdul-Ahad is an Iraqi photojournalist currently living in Lebanon. Born in Baghdad in 1975, he trained as an architect but was conscripted into Saddam Hussein’s Iraqi army, which he deserted.

For six years, Ghaith was forced to live in hiding, changing his residence every few months to avoid detection and arrest. Soon after the US-led coalition forces took control of Baghdad in April 2003, he began writing for The Guardian and The Washington Post.

In 2005 he won the Amnesty International Media Award for his reporting and in June 2006, he received the Martha Gellhorn Prize for Journalism. 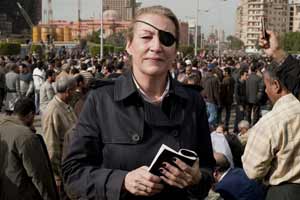 Born in 1956, Marie Colvin was an award-winning American journalist. She is remembered for her passionate and courageous reporting, and her ability to encapsulate the suffering of war. She spent the vast majority of her career working as a reporter for The Sunday Times, first as Middle East correspondent and then as Foreign Affairs correspondent.

Colvin’s commitment to reporting the realities and civilian impact of war led to notable assignments in the Balkans, East Timor, Zimbabwe, Sri Lanka and Chechnya in a career that spanned 30 years. In 2000, Colvin’s coverage of the developments in Kosovo and Chechnya earned her an award for courage in journalism from the International Women’s Media Foundation, and she was named Journalist of the Year by the Foreign Press Association. She was twice awarded the Foreign Reporter of the Year at the British Press Awards.

In 2001 Colvin was blinded in her left eye while covering the civil war in Sri Lanka – the eyepatch she wore for the rest of her life became something of a trademark.

In February 2012 whilst reporting on the siege of Homs, Syria, Colvin was killed by a shell that hit a makeshift media centre where she was working.