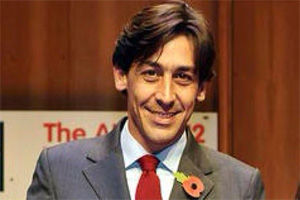 Matthieu Mabin received the Frontline Club Award for his camera work in Libya. Mabin is a special correspondent for France 24 and has worked in Pakistan, Afghanistan and the Ivory Coast. His journey with Libyan rebel forces as they advanced on Tripoli at the end of August in 2011 was made into two extended news pieces entitled The Tripoli Brigade and was broadcast on France 24.

Commenting on the decision to present the 2011 award to Matthieu, Gary Knight, one of the judges, said: “Mabin demonstrated exceptional courage. He also worked on an a well thought out and well constructed narrative story that demanded great journalistic skills and real focus and tenacity – that is something we don’t see enough on TV and the spirit should be saluted.” 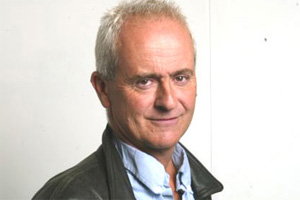 Born in 1953, Nick Davies is a freelance journalist who works regularly as special correspondent for The Guardian. In recent years, he was centrally involved in the publication of secret US logs and cables obtained by WikiLeaks and in exposing the phone-hacking scandal.

In 35 years as a reporter, he has specialised in investigating crime, failing schools, poverty, drugs laws and the media. He has been named Journalist of the Year, Feature Writer of the Year and Reporter of the Year in the British Press Awards. He has won the special award for investigative reporting which is given in memory of Martha Gellhorn, Paul Foot and Tony Bevins.

In June 2010, he initiated the alliance of news organisations which published US military and diplomatic secrets which had been obtained by Wikileaks. That series provoked a global debate about US foreign policy and led to The Guardian winning the Newspaper of the Year Award. 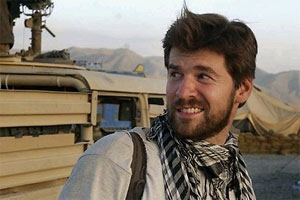 Chris Hondros was an American Pulitzer Prize-nominated photojournalist born in 1970. Hondros covered major conflicts across the world including Kosovo, Angola, Sierra Leone, the West Bank, Afghanistan and Iraq. His work appeared on the covers of Newsweek and The Economist, and on the front pages of The New York Times, The Washington Post and the Los Angeles Times.

Hondros won many awards during his career, including multiple honors from World Press Photo in Amsterdam, the International Pictures of the Year Competition, the Visa Pour L’Image in France, the John Faber award from the Overseas Press Club and the Robert Capa Gold Medal for his work in Iraq – war photography’s highest honour.

While covering the conflict in Libya, on 20 April 2011 Hondros was killed during a mortar attack which also resulted in the death of his colleague Tim Hetherington. 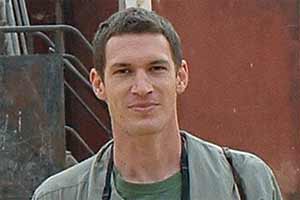 Tim Hetherington was a British photojournalist born in Liverpool in 1970. His photography, films and articles sought to document the experience and suffering of war from the human perspective. Hetherington spent the early part of his career in West Africa, documenting political upheaval in Liberia, Sierra Leone and Nigeria, before switching focus to Afghanistan and the Middle East.

His documentary Restrepo, focusing on a platoon of soldiers in Afghanistan, was awarded the Grand Jury Prize at the 2010 Sundance Film Festival and was nominated for an Academy Award in 2011 for Best Documentary Feature.

Hetherington was killed on 20 April 2011 during a mortar attack by pro-Gaddafi forces on the besieged city of Misrata, Libya. His fellow photojournalist Chris Hondros was also killed. 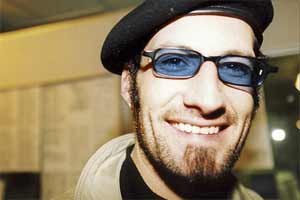 Anton Hammerl, born 1969, was a South African photojournalist and picture editor. He was mentored by the late Ken Oosterbroek of the Bang Bang Club. Hammerl, a former soldier, turned to photography after seeing action with the South African Defence Force in Angola in the early 1990s. Hammerl made his name covering the major social and political events during the transition from apartheid in South Africa.

During this time he worked for major South African publications The Star and Saturday Star. Later he went freelance, working on assignments for AP, Reuters and other international agencies. Hammerl won numerous prestigious awards for his work, including the World Press Photo Joop Swart Masterclass, the Abdul Shariff Humanitarian Photographer of the Year, Mondi Shanduka Photographer of the Year and the Fuji Africa News Image of the Year.

In 2011 while covering the Libyan conflict in Brega, Hammerl and three other journalists came under fire from pro-Gaddafi forces. Hammerl was shot and critically wounded, while the other three were captured and imprisoned. Libyan authorities denied his death for six weeks after the shooting and his remains have never been found.