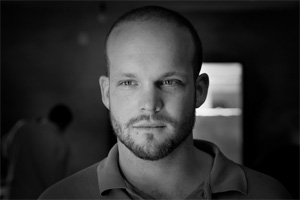 Jerome Starkey, born 1981, is a British correspondent, investigative journalist and currently Africa correspondent for The Times.

In 2010 Starkey was nearly killed while embedded with British troops in Helmand Province, when an improvised explosive device exploded fewer than 10 metres in front of him. The explosion killed Corporal David Barnsdale and injured two others. 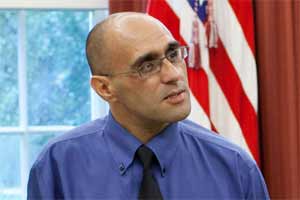 João Silva is a Portugese South African photojournalist born in 1966. He made his name covering the transition from apartheid in South Africa, as a member of the Bang Bang Club.

Since then Silva has gained a reputation as one of the world’s most courageous conflict reporters, covering conflicts in Africa, the Balkans and the Middle East. He has won many awards worldwide, including the World Press Photo Award. In 2012 he was honoured with the Portuguese Order of Liberty, awarded to persons for advancing the dignity and freedom of humankind.

Silva spent several years photographing the conflict in Afghanistan for The New York Times. In 2010 whilst patrolling with American soldiers near the town of Arghandab, in southern Afghanistan, he stepped on a mine. Despite immediate help from medics, both his legs were lost below the knees.