“Once we shot the material we had to put it in a drawer for a while. When you’re there, you’re so focused on making sure you get the right shots but when you’re editing, that’s a different story. . . . I think in retrospect it affected us more than we thought.”

When a member of the audience asked about the role of the police in the conflict and whether they observed cases of corruption, Passarelli said:

“There are rumours that gang members infiltrate the police. . . . Indeed, many police officers didn’t care [about identifying victims]. Ticas does and in a way he’s the only hope for many families.” 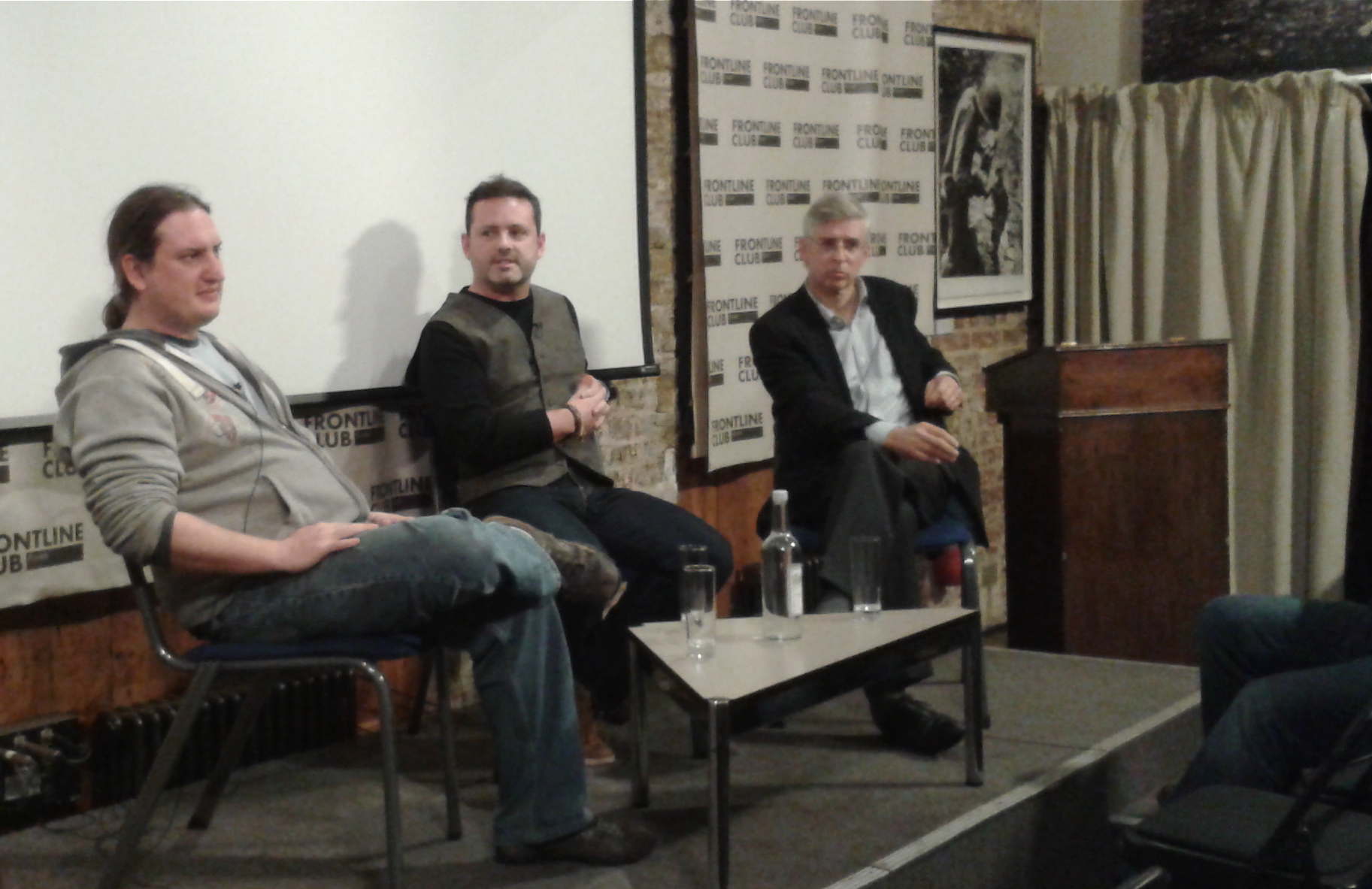 A member of the public said she despised the portrayal of blood and violence. “Killing looks like something people become addicted to and that feels hopeless to me.”

Another guest added that even reconstructing scenes of crime is immoral: “I looked at the engineer and I thought he was a monster.”

Charles concluded the debate by referring to a personal strategy behind Ticas’ job:

“The engineer had an eccentric personality and a lot of it was show, but maybe that was his mechanism of coping with it.”

The future of the gang conflict is also set to be influenced by El Salvador’s presidential elections in February 2014. The current President Mauricio Funes (FMLN) is said to have facilitated the truce that has come under increased scrutiny as drug trafficking and other criminal activities continue.

A web version of the documentary with additional footage and information is available here and you can watch the trailer below: