From Damascus to France: A Syrian Love Story

Throughout the film, McAllister‘s close relationship to Daoud, his wife Raghda and their children is evident. “[McAllister became] part of the story in a way, which is quite a dangerous thing for a journalist,” said Alibhai-Brown. “We’re all trained: you must be distant, you just be objective, you must be balanced. All rubbish really.” 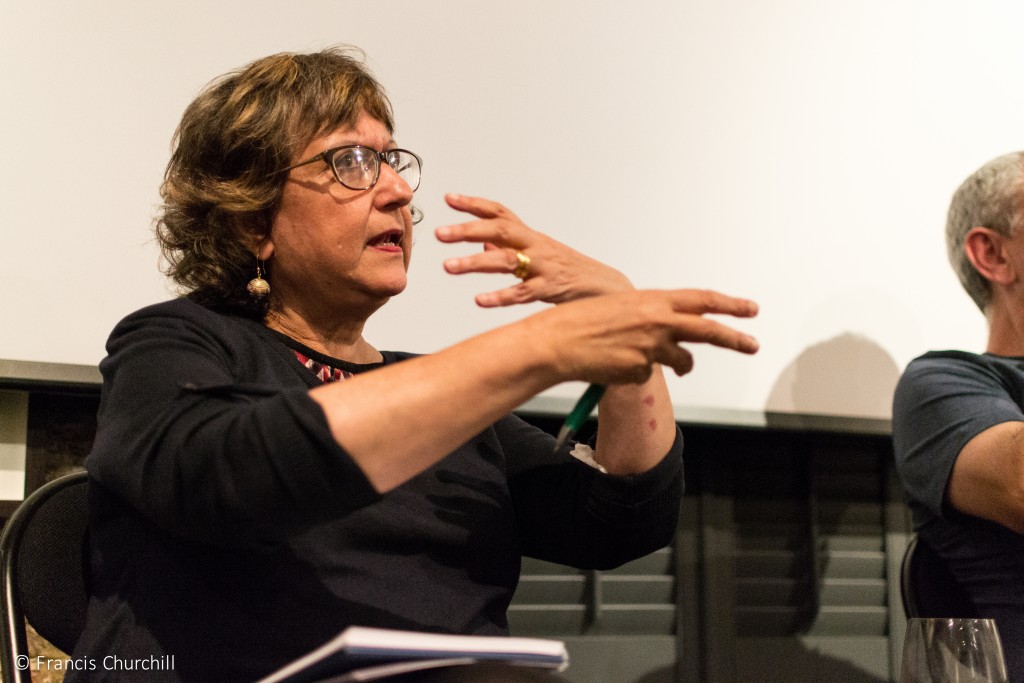 McAllister, who has shot many films in the Middle East, told the Frontline Club that he felt guilty for only visiting countries when they were at war. “I’ve made films in Iraq under Saddam Hussein and after… I always remember them talking about the golden days, before war,” he said. When he heard someone say that Damascus in Syria was like Iraq in the golden days he thought he’d go and see for himself.

Before the Arab Spring uprising and the subsequent civil war, McAllister travelled to Syria to find a story. “I kind of fell in love with this place… there was fun with fear in those days and I was hanging out there for maybe, on and off in this insane way that we do making documentaries, about eight months,” he said.

In the film, McAllister says he met Daoud in a bar in Damascus, a serendipitous encounter that Alibhai-Brown seemed initially reluctant to believe.

Daoud told the Frontline Club audience that he was worried at first when McAllister began to ask him these dangerous questions. “That’s why it took five years to make [the film],” said McAllister. “It took me two years to get [Daoud’s] trust and then his wife came out of prison and she didn’t trust me for another two years.”

Although the film focuses very centrally on Daoud and Raghda’s relationship, McAllister said that this was not the focus from the outset. In fact, McAllister’s initial failure to secure a commission for the film had a significant impact on its direction.

When Daoud and his family left Syria, McAllister said he was initially worried that the film would lose momentum. “But actually,” he said, “what started to happen between them for me as a filmmaker was much more interesting in France. And it was this fragmentation… this disillusionment and disconnection to this whole place.”

McAllister also said that once Daoud had moved to France, he became a lot more involved in their relationship. “My role became even more connected. They would call one week, [Daoud] would call me up and say: ‘You’ve got to come now, tomorrow, we don’t know what the fuck’s going on. You’re the only person that’s been with us on all of this, you can make sense. And the next week [Raghda] would be calling me up saying, ‘Sean, come now’.

“Because although these people that have gone through so much talk to so many interesting people that want to help, they’re looking in the eyes of people that really don’t know what they’ve been through. And I think that’s the disassociation, the disconnection we have with this tragedy in Europe now.” 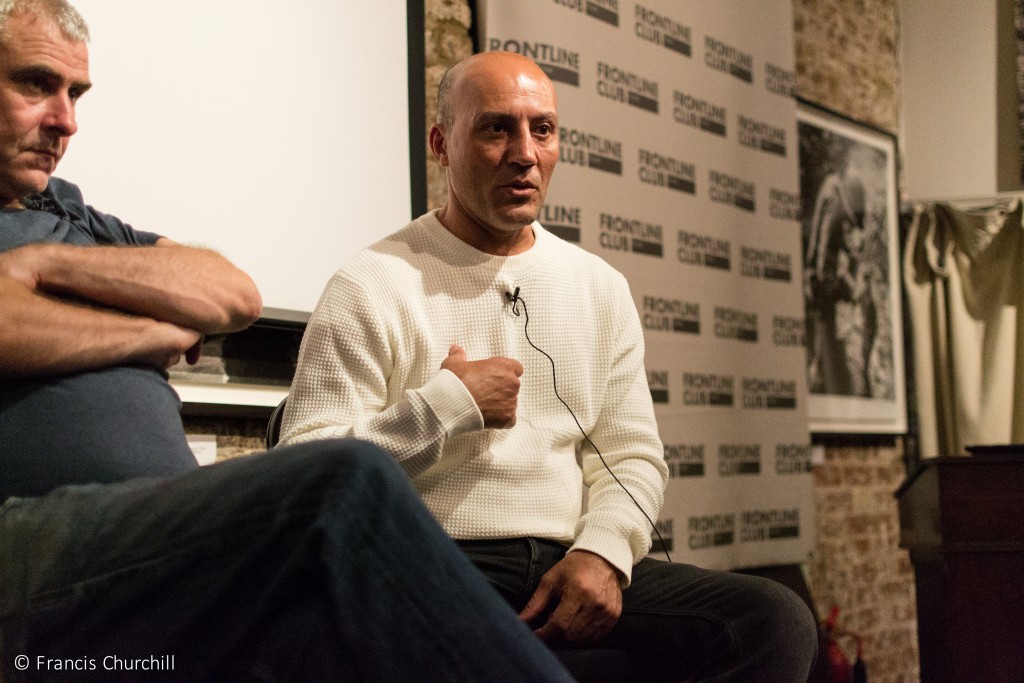 Daoud explained why many refugees were so desperate to come to Europe. His experience of being a refugee in Lebanon, he told the Frontline Club, was one of purgatory. “You cannot imagine how you live without papers, without food, without anybody to take care of you. What are you? Nothing. You are waiting for just one thing: death. All the refugees are the same. They have a hope to come to Europe,” he said. 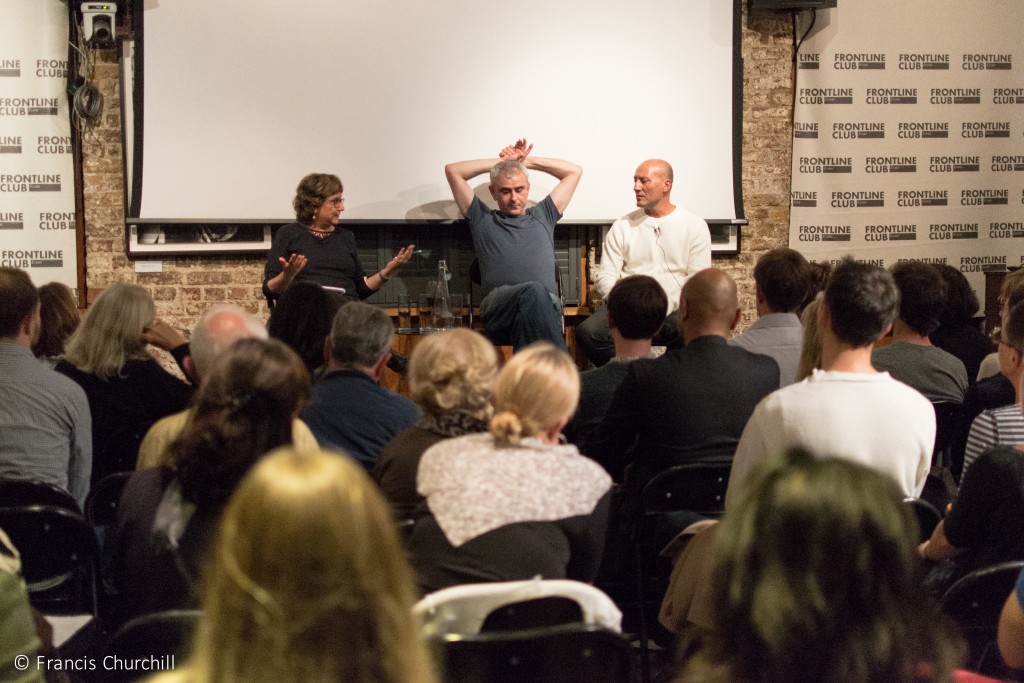 A Syrian Love Story has started to gain more traction than McAllister is used to. He admitted that despite his best efforts, most of his work finds a niche audience. “My target audience is three mates back in Hull that don’t give a monkeys about wherever I go… and try to get them into that space” he said. “Usually that doesn’t matter and it still goes out to 265 people on BBC Four.” However, on this occasion current events have pushed the film out to more people.

“You deliver a good film and there’s unfortunately a dead body of a boy swept up on a beach,” said McAllister referring to the photo of Alyan Kurdi published earlier this month. Due to the urgency these photos have given to the refugee story, A Syrian Love Story will be broadcast in a prime BBC One slot.

“It’s not easy for eight million Syrian refugees, it’s not easy. But I think we can find a way to press our governments somehow, in Europe, to organise travel between Europe and the places of refugees,” said Daoud.

However, as McAllister said, it is much harder to support refugees in their emotional upheaval. “We went to some of the camps in Bulgaria and places on the border and it was just horrendous. I mean it was so bad that the refugees there, having been beaten up by the Bulgarian police, were trying to get back to Syria,” said McAllister.

He did not blame Bulgaria, but said there needed to be a more concerted effort.

“What we don’t really realise is how many people live like [Daoud],” said McAllister. “I think he moved houses about 16 times in the making of this film and there were times I knew he didn’t have anything, that they’d not eaten for days. And that’s not unusual for a lot of people in his situation.”

A member of the Frontline audience asked Daoud how, after leaving everything behind in Syria, he supports himself and his family. “How do I support myself?” he said, “I train my face to smile everyday.” 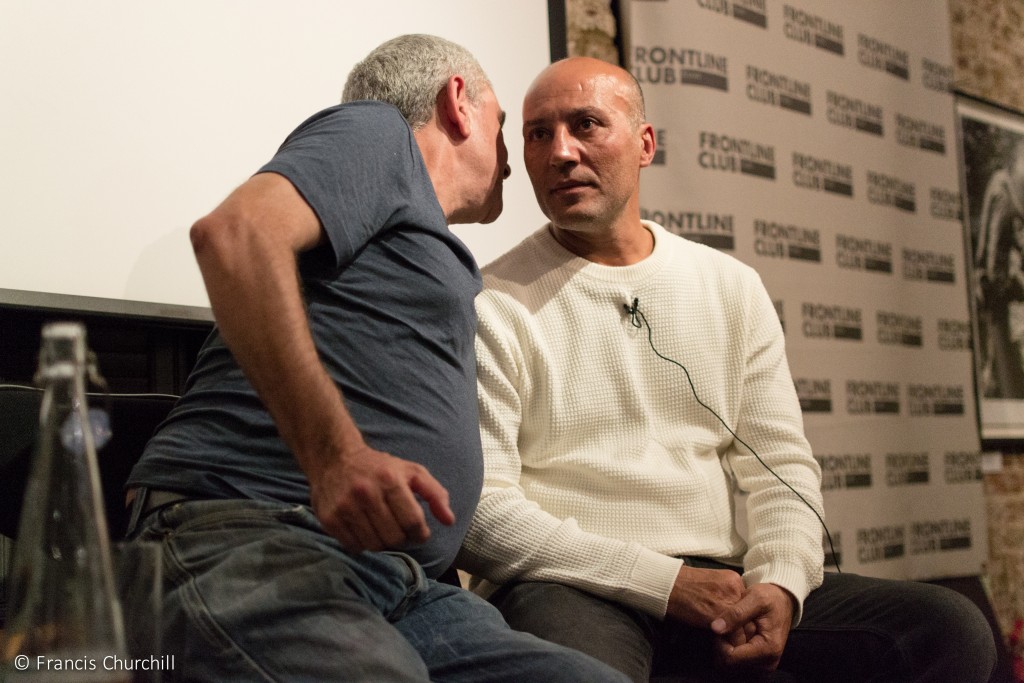 Visit the A Syrian Love Story website for more information on the film and upcoming screenings.