To enrich her portraits about activists and exiles, Mermin spent ten days in Azerbaijan and tried to talk to government and industry officials.

“It was very difficult to get a journalist visa. It came through the night before we got on the plane. I was told I was given interviews with high ministers but none of those happened.”

After a member of the public addressed the lack of international interest in corruption and an anti-democratic governmental expenditure, the director explained:

“Crucial EU players don’t want to be part of these conversations because they have nothing to gain from it. We need people in power to get embarassed by what they are doing.”

Another issue that prevents extensive European attention and coverage is the EU’s dependency on Azerbaijani oil and energy supplies. BP also “wasn’t very interested in talking to me, for obvious reasons.” As a result, the film gave a platform to some of the country’s most passionate and aggressive activists, bloggers and intellectuals. 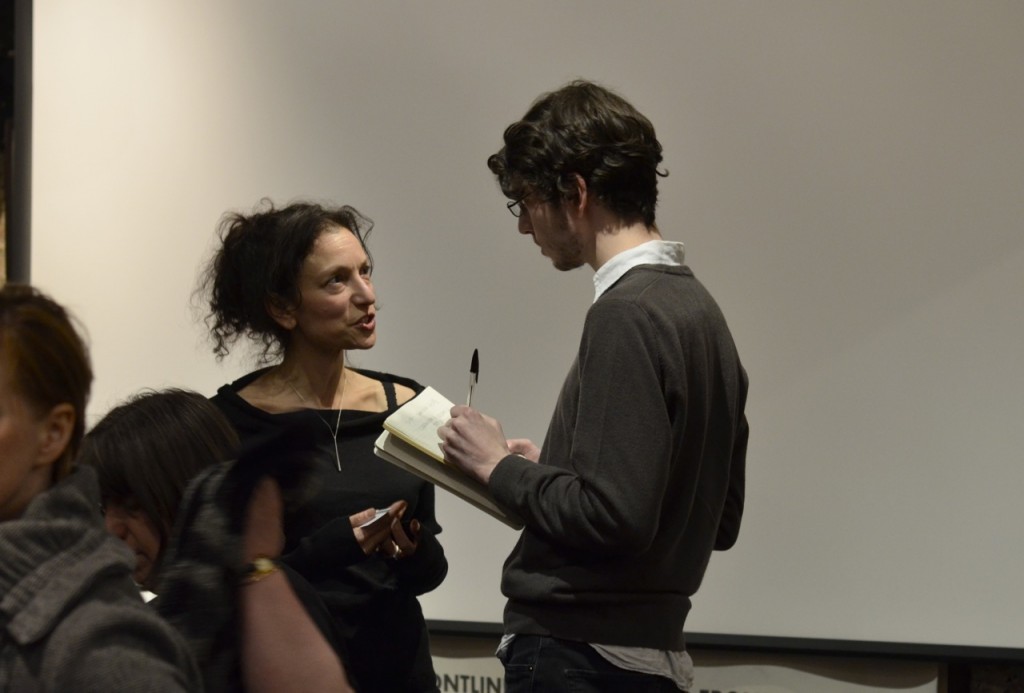 Liz Mermin answers questions from the public and calls for a higher mainstream media coverage of the Azerbaijan conflict.

A member of a human rights organisation in the audience pointed out that:

“it is hard to stand up for the wrongdoings in these countries when, often, western governments are guilty of similar things. I’m thinking about the ongoing Guantanamo debate for example.”

The hunger strike of the Bay’s strikers has been classified as “potentially deadly” on Thursday.

This screening of “Amazing Azerbaijan!” was part of One World Echoes, an international tour celebrating the 15th anniversary of One World, Europe’s largest human rights film festival, established in Prague in 1998 by Czech NGO People in Need. The London Echoes are co-organized by the Czech Centre London, Open City Docs Fest (London 20-23 June 2013) and The Frontline Club. On Friday 24 May, Frontline will show “Motherland or Death”, a screening about Cuba. Further details tbc.