“He’s [Rouhani] had a career which has kept him at the very core of power, very close to the Supreme Leader. So it’s hard to imagine that he will be a radical reformer. And yet, at certain stages in his career he has shown that he is a pragmatist, that he is capable of being flexible.”

During his campaign, Rouhani promised greater engagement with the West while urging the world to “acknowledge the rights” of Iran. His primary promise was to try to ease sanctions imposed on Iran over its nuclear program.

Meanwhile, as Arab Spring upheavals echo across the region, panelists saw the election as a sign that Tehran is tuning in acutely to the demands of the people. Author and journalist Azadeh Moaveni asserted:

“I see Iran changing, and I see the prospects for Iran changing from below. [It] feels differently inside the country. . .  This is a break from the police state atmosphere of the last 8 years, which has just been suffocating.”

“What I learned from the elections is that Iranians are getting [ready] for change. That is quite clear in the way that the establishment behaved, the way that the candidates behaved, and the way that people behaved. . . . People are desperate for change. The economic situation is not good: inflation, unemployment, the value of the national currency. But, they want gradual change. They don’t want…a Libya scenario. They don’t want an Egyptian story. They want their new TV at the end of summer, and they want a new fridge for their children . . . gradual, calculated, reasonable, common sense change, and this is what indeed Mr Rouhani is representing.”

“One phrase which did not occur in this election, strikingly, was ‘Islamic Awakening’,” reflected Scott Lucas, a professor at the University of Birmingham and editor-in-chief of EA WorldView. 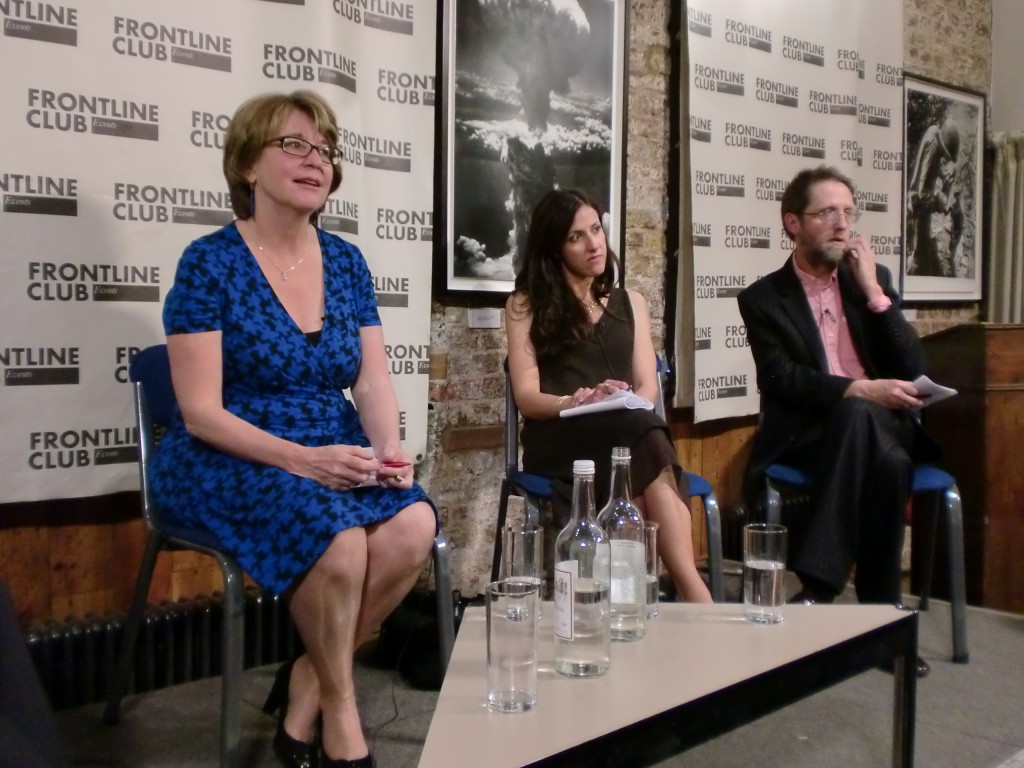 Barzin added: “The faction which was defeated in these elections was what I call the right wing of the establishment…which initially brought Ahmadinejad to power.”

With 72% of eligible voters casting ballots, Rouhani won just over 50% of the vote, while his nearest rival, conservative Tehran Mayor Mohammad Qalibaf, received only 16%, and hardliner favorite Saeed Jalili received 11%.

So, will Tehran’s tenor change in nuclear negotiations with the United States? Mark Fitzpatrick, director of the Non-Proliferation and Disarmament Programme at the International Institute for Strategic Studies, commented:

“The [current] nuclear negotiating team was criticizing Rouhani during the election, so they’re all out. But, that’s only a handful of people. My read is that Rouhani will probably bring in more pragmatists, as opposed to hardliners.”

Watch the event here or listen/download the podcast: