On Tuesday 16th February, The Frontline Club hosted a discussion on the possible takeover by Walt Disney of 21st Century Fox and by way of that acquiring huge stakes in one of Britain’s biggest news prover, Sky News.

Last month, in December, Disney agreed to the deal with 21st Century Fox which includes it’s large shares in Sky News from Rupert Murdoch for £39bn.

The evening was hosted by one of the country’s foremost media lecturer, Roy Greenslade. He was speaking to Graham Johnson, Head of Investigations at Byline; Mark Lewis an internationally renowned media lawyer who led cases against phone hacking and Alaphia Zoyab a former TV anchor, who has now swapped roles and is a campaigner working with Avaaz, a platform which aims to stop the Murdoch takeover of Sky. 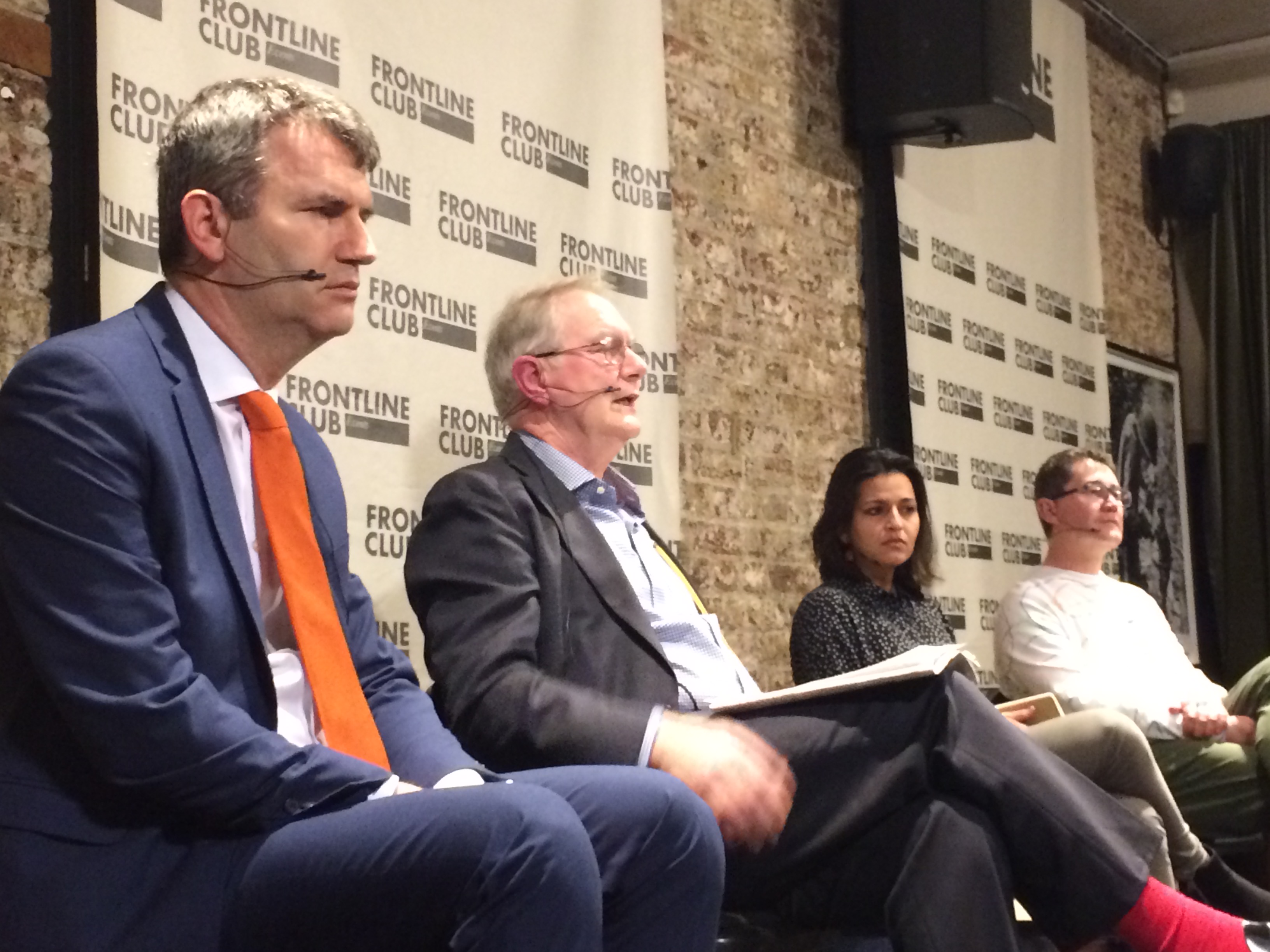 The evening was attended by media watchers and campaigners for press freedom alike. The takeover is currently under consideration by UK’s Competition and Market’s Authority and is due to give its decision in March.

The panel took the opportunity to discuss issues around standards and ethics of the British Press charting back a number of years from 2011 up the present.

Greenslade stated that Britain had broadcasting rules which meant the presentation style and reporting adapted by US news channels such as Fox News could not prevail here.

However, Zoyab said: “They [Fox News] had been broadcasting successfully here despite these judgments…Just the way Ofcom rules are, you can pass off current affairs programmes which discuss news without actually coming under the constraints of Ofcom’s rules on impartiality. So, because of this loophole you can have highly charged opinionated, primetime programmes which parade as news.” 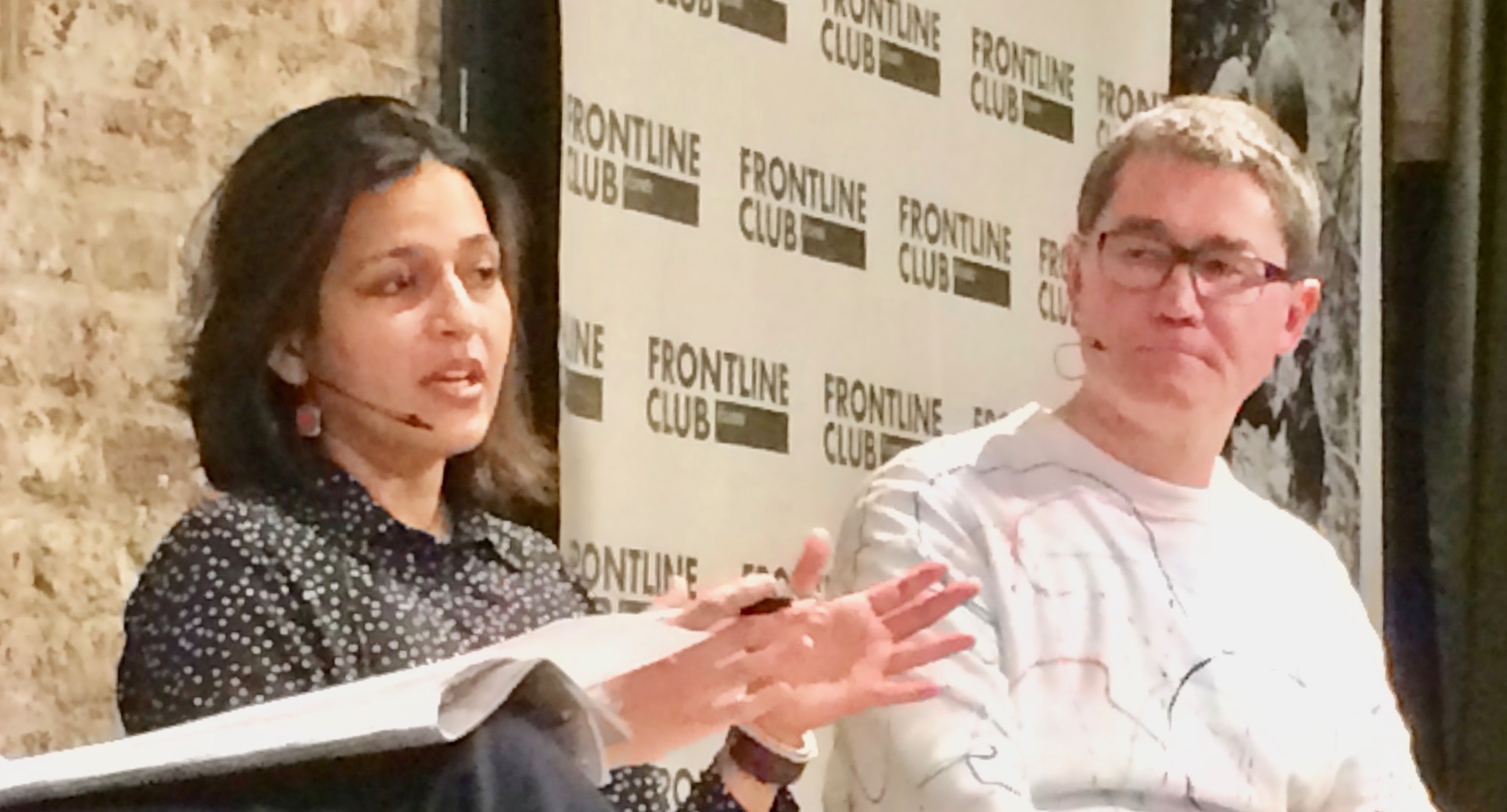 Sky stopped Fox News from broadcasting in Britain in August 2017 on the grounds that it attracted fewer audiences.

A question was also asked if, looking 10 years ahead, was it the phone hacking scandal and the Leveson Inquiry which spelled the end of Murdoch’s power in Britain.

To this Johnson replied: “The phone hacking scandal is unfinished business. What is incredible is that only a very small part of it has come out in the inquiry…his [Murdoch’s] legacy is that he has chosen his successors and for British newspapers we know that successor as Rebekah Brooks.”

Lewis believed that we are living in interesting times and Murdoch and Sky are not too concerned about British politics as he has US politics in hold. He said: “But we also have Brexit, papers have huge influence on that, and with Trump in the White House who do you find as a common feature, Mr Murdoch, in the centre”.

A number of issues were also raised from the audience. One of them was from Ann Fields who represented a group, The Campaign for Press and Broadcasting Freedom. She said: “we have launched a crowdfunding appeal to step up the battle to stop the Murdochs buying up Sky TV and we believe that it is a fight we can now win especially as their empire starts to shake.”

Later the conversation was carried through to Frontline Club Member’s Room and it’s very own restaurant situated on the lower floors where the panel and some of the audiences further discussed the issues involved.