Those Who Feel the Fire Burning: A Refugee’s Perspective

On the film’s experimental narrative structure, Draaijer said: “It was always clear from the beginning that he [director Morgan Knibbe] wanted to tell the story from the perspective of a ghost. That’s why he used style elements from fiction films.”

“On the news we see all the numbers,” said Draaijer, “but he didn’t want to portray them [the refugees] as victims, but for we as an audience to experience what it is to be a refugee. That’s why he wanted to tell it from the perspective of a refugee himself.”

Asked by an audience member about the myriad languages spoken the film’s protagonists, Draaijer explained:
“Most of the time he [Knibbe] didn’t understand what was said. For the Arabic we had an Arabic translator… What he was really doing was intuitive, just really following them around. He didn’t care, really, about what they were saying. He just wanted to show the people what they do. How they cook, how they live. And that’s what he did. Sometimes he thought, ‘OK I have enough’ and turned the camera away. In the editing we found out that that really worked that way. It wasn’t so much about what they were telling us, [but] more about their experiences at the time.” 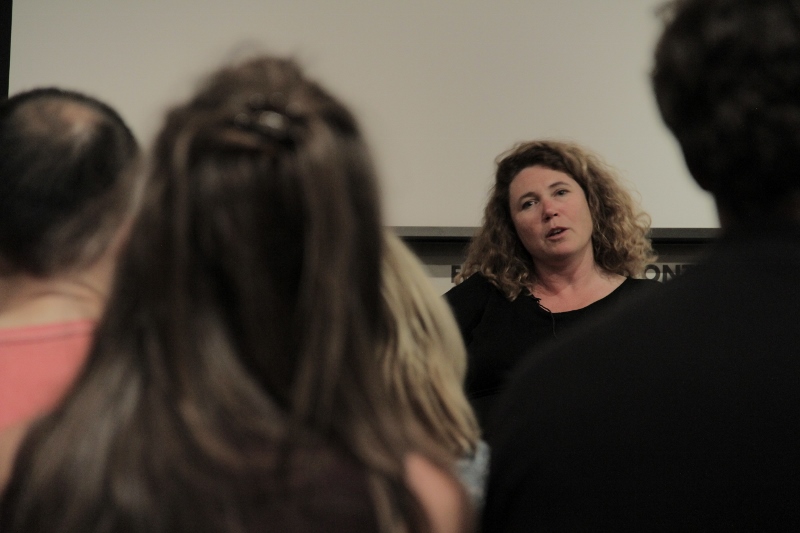 An audience member asked what personal impact the filmmaking process had on the director.

“I think after Lampedusa he was really emotional, for a long time… He wants the whole world to see it.”

For more information about the film and upcoming screenings, visit the Those Who Feel the Fire Burning Facebook page.