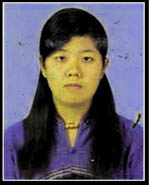 The Kenji Nagai Award for Journalism was announced at the Burma Media Conference in Chiang Mai, Thailand this week. The Burma Media Association created the award to honour the Japanese video journalist who was killed on the streets of Rangoon by a Burmese soldier during the saffron revolution of September, 2007. The inaugral award goes to imprisoned reporter Eint Khaing Oo, who reported the aftermath of Cyclone Nargis in May, 2008 for the Eco-vision journal,

She was arrested on June 10 last year while covering a peaceful rally by Nargis victims. Police accused her of taking photos of the victims with the intention of sending those pictures to foreign media.

Eint Khaing was charged with committing a crime against public tranquility and sentenced to two years’ imprisonment. According to her lawyer, Khin Maung Shein, she was merely doing her job. The news she reported was based on trustworthy sources and she did not send false news reports to other agencies. She is now in the notorious Insein Prison. link

Photograph of Eint Khaing Oo taken from Reporters without borders.