The Heroic Tragedy: Who is Dayani Cristal?

Silver began with how he discovered the story:

“We actually launched a website here, about five or six years ago, asking people to send in stories of resistance against walls and barriers, and just general economic division. And one of the stories that came in was this story of skulls, in the desert.”

Gael García Bernal was on board from the outset.

“He literally sat here and launched that website,” said Silver. “So he was on board before we knew what the film was, and we were just mulling over the subject of resistance. During that research period . . . we did four short films for Amnesty, called The Invisibles, which was just set in the Mexico part of the journey. Through that we were able to recce the river crossing, the trains, the shelter system and it started to inform Gael as to what kind of journey he would go on. Even though it’s a story about one person he takes on this everyman, following in the footsteps of a loose interpretation of the migrants’ journey.” 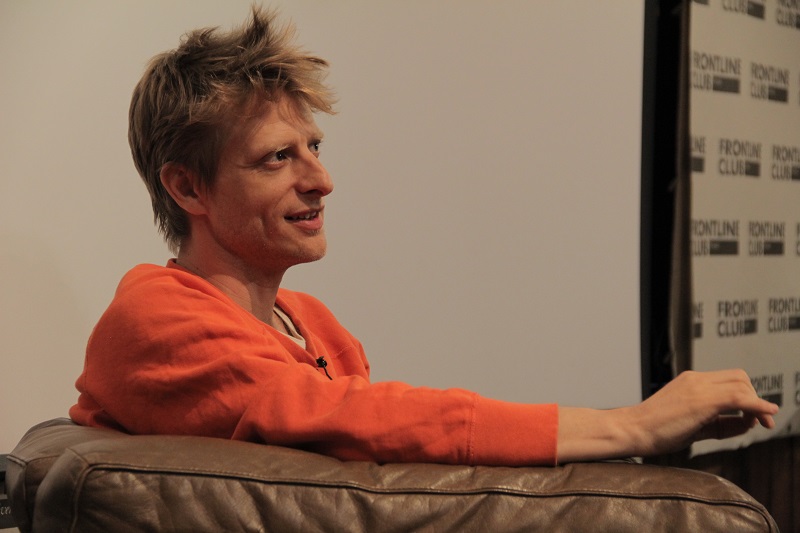 An audience member asked how the film was made.

“Basically, it sounds crazy,” explained Silver, “but we would just rock up at each of the locations, from Guatemala through Mexico to the border and literally just try to introduce what we were trying to do. I think we created this very reciprocal relationship with the people that we were filming. . . . As you said these voices are never ever heard – and I think there was some sense of empowerment that they were able to literally teach us, or guide us through that journey.

“I didn’t just feel that because of who we met and how those conversations went down on the road,” continued Silver, “but having spent time, for example, in that village in Honduras. No one talked about these issues at home. And I was really puzzled why. Literally every teenage boy has been to America already. And they get deported and they make their journey all over again. They literally said they just don’t want their mums to know how dangerous their journey is. Because they would fear that their mums wouldn’t let them go again.”

On my way home from #WhoisDayaniCristal screening @frontlineclub. Once again, #GaelGarciaBernal shines a light on a secret american shame.

Another audience member said he was struck by compassion and anger of the [North] Americans. He asked how representative they were. Silver replied:

“We made a decision from the beginning that we only wanted people in the film who had physically been in touch with that body; which allowed us not to give voice to the other side of the debate. That was like a nice creative device. But partly also it was politically, I can’t see the point of giving voice to that other side, because it exists out there. And if people are interested they can just get on google. I think the humanisation of the subject of migration you can’t really get on google to find out. So that was a political decision on our part.” 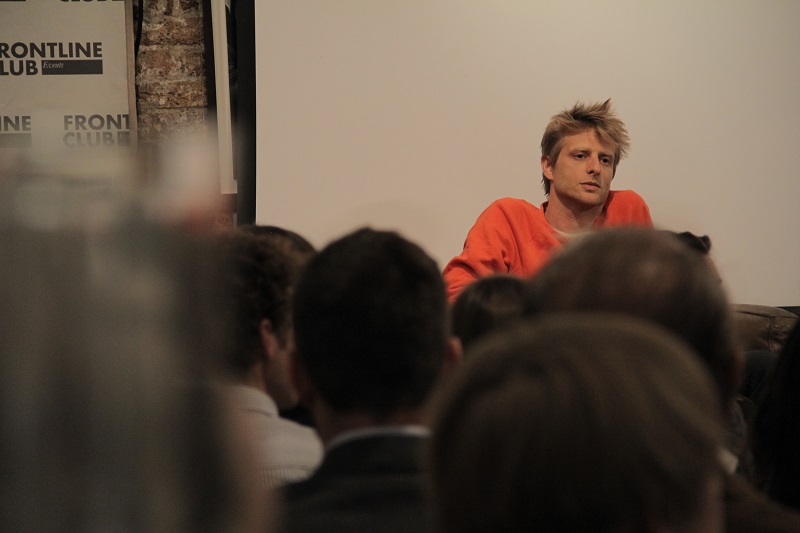 “It depends when you ask me,” responded Silver to a question on the social impact films can make.

“Joking aside there are around 12 million undocumented people in the US, and if you can slightly change their perspective, and make them realise their story didn’t just begin on the other side of that wall; and actually there’s a massive trajectory that’s not so different to your own trajectory – of universal feelings of, ‘I need to support my family,’ or whatever the reason is that you’re leaving home – if you can shift perception and education then maybe you can shift politics.” 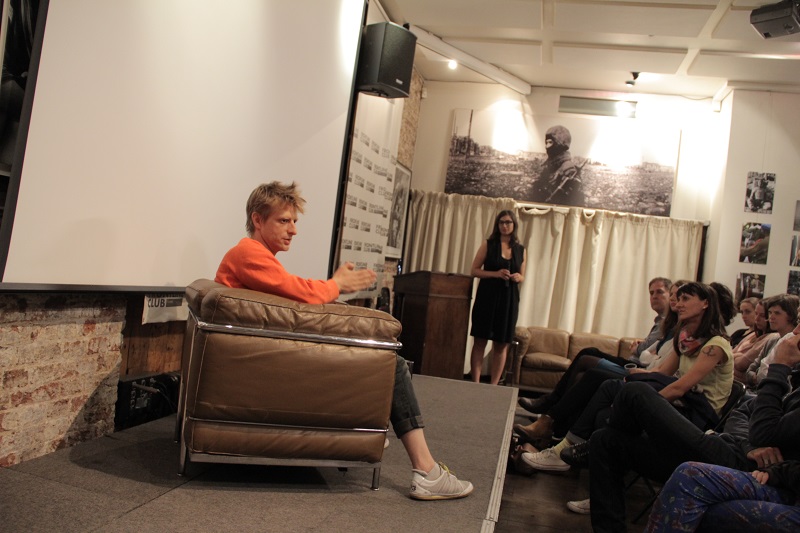 Silver concluded with the universal message of the film:

“It’s not just a Mexico–US issue. The story resonates with deaths in the Mediterranean and deaths in seas off north Australia, to build a bigger conceptual coalition around militarised borders; and the story of one skull in the desert leads to this bigger conceptual understanding.”