The Future of Arctic Exploration

Andrew Mitchell, chairman of The Scientific Exploration Society, introduced the event. “The idea we had was: why don’t we bring together explorers and journalists who work at the frontline and debate important issues of the day.”

The role of research in the Arctic was discussed in depth, as panelists commented on the colossal volume of knowledge still left to uncover.

Co-director of the Grantham Institute, winner of the Martha T. Muse Prize for Excellence in Arctic Science and Policy, and fellow of the Royal Society of Edinburgh, Professor Martin Siegert commented, “as a glaciologist, we are concerned that with global warming and ice sheet melting there is a serious problem ahead for global sea level change, sea level rise.”

He continued: “We still really don’t know an awful lot about the topography beneath the large ice masses on the planet. So our models of projections are fundamentally weakened by that lack of knowledge. It’s a very fortunate position to be in as a scientist. It probably won’t be like this in 20 years… because scientific discovery can only be done once.” 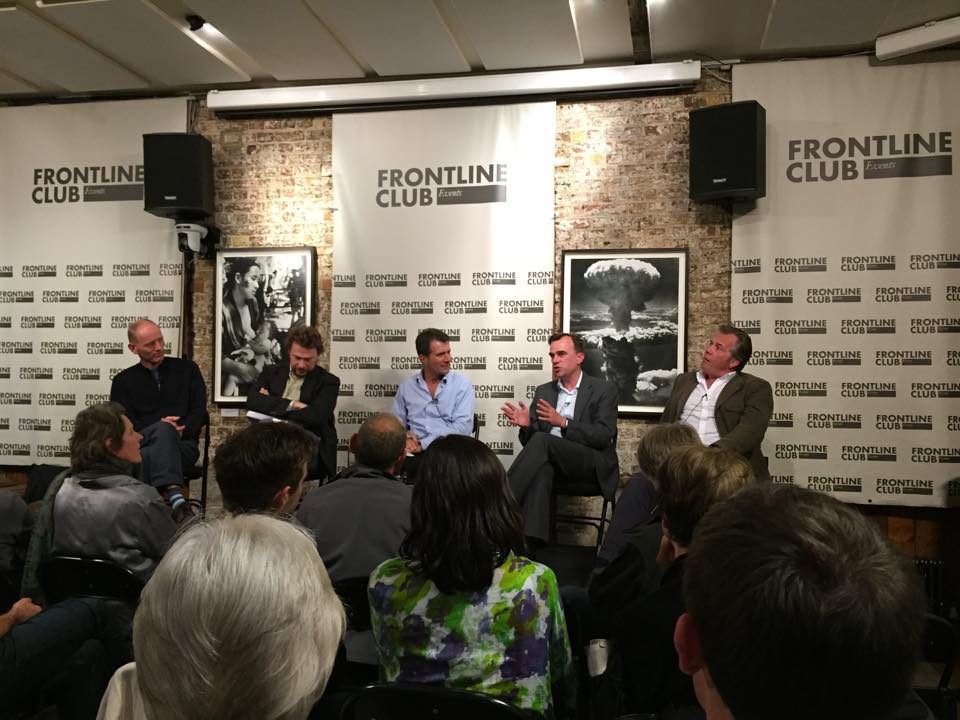 The discussion covered the developments over time of the safety of explorers who travel to the region. Despite numerous technological advances, the Arctic climate and consequent harsh conditions remain severely dangerous for human visitors.

Pen Hadow – Arctic Ocean explorer and advocate; the sole person to have reached the North Geographic Pole solo; and founder of the Caitlin Arctic Survey – told audience members that “the six things that are likely to kill you are going to kill you in minutes. It’s immaterial whether you have a phone or a plane on standby.”

He added: “the effect of cold on brain function… it is just like being drunk. The more hypothermic you are, the less able you are to be creative, to think clearly, to anticipate the problems.”

Frank Heweston, who has worked on the Arctic campaign with Greenpeace for over five years, commented: “things go wrong quite quickly… anything at sea, especially the Arctic, has to be taken extremely seriously.”

The increase in tourism was a source of concern for the panel, who offered differing perspectives on the potential results.

Shukman commented that he was “struck by this increase in tourism… The sheer ease with which people can now visit the Arctic with preconceived notions.”

Author of The Future History of the Arctic and associate fellow at Chatham House, Charles Emmerson, said “there are clearly risks to travel in the Arctic, but generally I think it’s a very good thing for more people to see the Arctic… I think it informs people. It gives them the encouragement, the idea that it’s something worth protecting and thinking about.”

Hadow added: “We have to get over this idea that the Arctic is beautiful… We’ve got to de-romanticise it… The Arctic Ocean is an asset ultimately, it’s providing a critical ecosystem service to the North Hemisphere.”

“It could be this year that the North Pole is a puddle… Apparently it’s one of the worst years so far for melting sea ice. Maybe the tourist element will go. There’s no point in visiting open ocean, you can do that anywhere,” added Siegert.

The panel then looked ahead to the future of the Arctic in 30 years time.

Heweston offered a grim prediction. “The militarisation of the Arctic will have happened by then. The drive for further fossil fuel exploration will probably not be stopped… I cannot see that there won’t be some type of military conflict.”

Siegert added: “We will see continued ice sheet retreats and glacier melting… Sea levels go up and the rate of change will be increasing as well.”

The discussion drew to a close with a final audience question, on the subject of what can be done to help on a micro level. The panelists agreed that it was necessary for everyone to take an individual role in monitoring and reducing their own carbon footprint in order to collectively contribute to the safeguarding of the Arctic.