The screening will be followed by a Q&A with directors Mathew Charles and Juan Passarelli moderated by Stephen Jukes.

Israel Ticas spends more time with corpses than with his own family. His life is in danger, but he continues to unearth secret mass graves to identify the hundreds of missing teenagers lost to El Salvador’s brutal gang conflict. He is the country’s only criminologist, nicknamed “The Engineer” as he combines his forensic skills with his background in system engineering to get the job done. 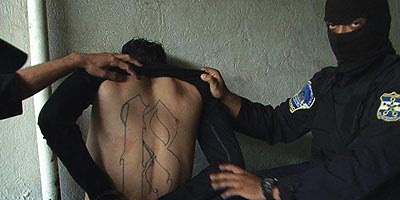 In 2012 the two biggest gangs (MS-13 and 18 Street) declared a controversial truce. While the murder rate fell dramatically from 14 to 5 a day, this is not the full picture, the statistics fail to account for the rise in the number of disappearances.

In The Engineer, filmmakers Mathew Charles and Juan Passarelli offer a unique insight into the fight against gang murders in El Salvador.