The Changing Face of Myanmar 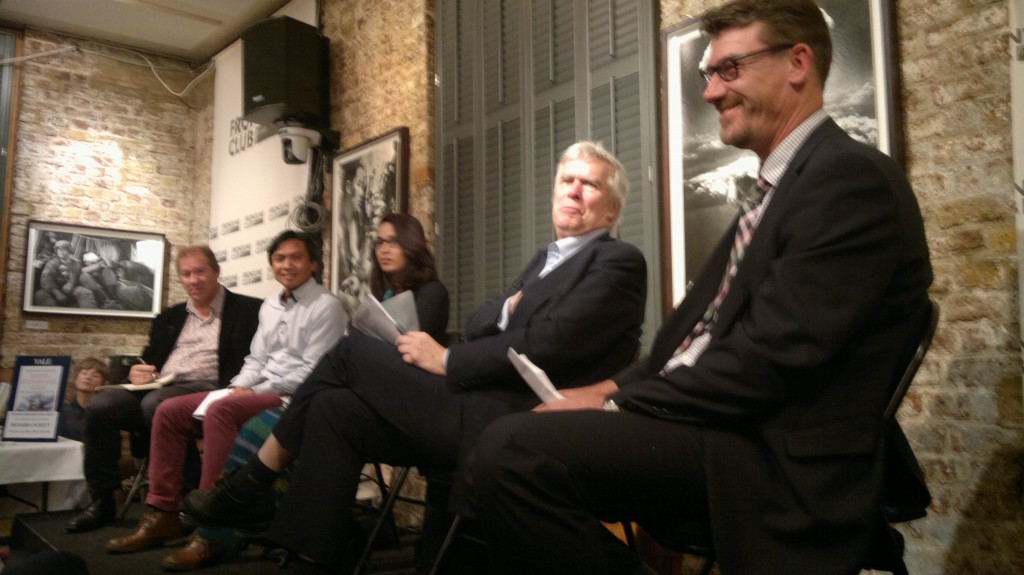 Meanwhile certain regions of Burma are about to learn how to cast a ballot on November 8, ethnic minorities in rural areas are fleeing their homes that are being burnt by the military forces.

On Tuesday September 22, a panel of experts and activists discussed the uncertain future of the country that has been suffering the longest ongoing civil war.

Shortly after Paul French, commentator on Asia chairing the panel, invited the speakers to make their pitch about the current situation, it became clear that opinions about the value of recent reforms value immensely.

Meanwhile general secretary of the Kachin National Council Hkanhpa Sadan and campaigns officer at Burma Campaign UK Wai Hnin Pwint Thon said they can be hardly excited about the election, The Economist correspondent Richard Cockett  and adviser to EU representatives Robert Cooper sustained that the progress has been palpable.

“What western community did was they gave us furniture so far and television, but we still don’t have a roof to live under. They gave us the furniture, because they want the garden,” Mr Sadan outlined the perspective of the Burmese.

Ms Pwint Thon criticised the constitution introduced in 2008, which in her view gives a fake illusion of a legal state. “The aim of the constitutions is to create an appearance of change while still holding on to military power and while giving the military the power to decide on economy and politics of the country,” she said.

Mr Cockett underlined that the reforms should be considered in a relevant context. “You should judge Burma against the standards of the region, not against standards of western democracy or British parliamentary democracy,” he said numbering increasingly oppressive countries like Thailand, Malaysia, Vietnam and Cambodia.

Nevertheless, all the speakers concluded that the way towards genuine democracy, peace with ethnic minorities and complete freedom of expression will be long and bumpy.

Ms Pwint Thon criticised the western “wait and see” approach and Mr Cockett admitted that the economic withdrawal from Myanmar didn’t help the situation either. “It meant that the best practices left the country and they were left with Chinese companies who didn’t care or ever thought about human rights,” he said.

The panel also agreed that the anticipated election might not be that key in the transition. One of the root causes of the conflict is oppression of the country’s minorities.

Mr Sadan underlined that Myanmar has introduced one of the most discriminative religious laws in the world. Ms Pwint Thon added it is not only Muslims, but also women who are not treated equally.

Mr Cockett spoke about a “very poisonous sectarian atmosphere” that he considers one of the real dangers of the election. “It could be a real flashpoint that they exploit all this in the run-up to the election and even after the election. It’ll be extremely explosive in Rakhine state itself where the Rohingya have been entirely disenfrenchised and the buddhist Rakhine nationalists will use this to rally opinion and if the attack Muslims,” he said.