Still the enemy within after 30 years

“There’s documents that just came out today about Margaret Thatcher’s involvement in the strike,” said Gower, referencing recent revelations about the controversial Ridley Plan to crush the powerful unions and Thatcher’s comments in an interview that the miner’s struck at the heart of democracy.

In Their Own Words
“We felt that the story from the miner’s point of view of the strike hadn’t really been told,” said Gower, sitting in conversation with the film’s producer Mark Lacey. To remain neutral, the two crowd-funded the film after meeting several miners.

“It was meeting the miners themselves and them just being such amazing characters,” Gower said, “that it felt like it was something that had to be a lot bigger and reach a much broader audience.”

To tell the miners’ story without the aid of voice over, their small team waded “through something like 2,000 news clips, and then films on top of that, and then another 2,000 photos,” Gower said. “To introduce any outside voice at all would have felt completely wrong,” he added. “Even when there’s a montage . . . they’re still all based on the interviews of the miners.” 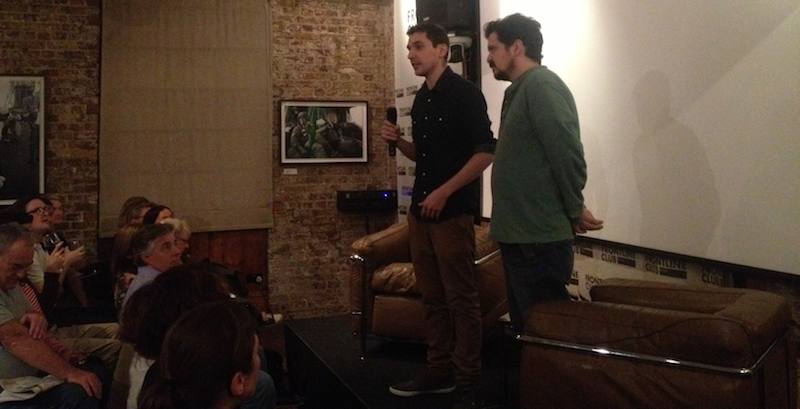 A History Lesson for Today
For the miners, the film isn’t just a history lesson, but an ongoing fight that has shaped Britain and the argument over privatising the NHS – a struggle many of the miners in the film are involved in resisting today. “It’s important to recognise that some of these people are still labeled ‘the enemy within’. That conclusion about crazy militants led by a mad communist leader, if you like, is still there,” said Gower. The argument about it being ordinary people has not been won at all.”

From Victory to Defeat
Cabinet papers that emerged in January 2014 confirm government plans to use the army to break the strike after a vote by the Transport and General Workers Union (TGWU) to strike in solidarity with the miners pushed them to the edge of victory. “What’s interesting is that when we shot those interviews [with the miners] in August and September last year, and then the cabinet papers came out in January after that,” said Gower, “every single thing the miners had said was then confirmed in those papers.”

Absence of Labour
Tellingly absent in the film is the voice of the Labour Party, Gower said. “It’s a such a complicated and complex issue that you want to manage to tell the story in a way that people can relate to it and access it if they didn’t know a lot about the strike,” Lacey added.

Taking it to the People
Gower and Lacey are embarking on a cross-country, 48-screening tour of the film, which already scooped up the audience award at the 2014 Sheffield Doc Fest. They are working especially with communities in Wales, the North East and Scotland affected by the strike to educate young people about their community’s living history. “It’s something that is dying out around those areas,” said Gower. So I think it’s really important to get it to as many places as possible.”

Find out more about the film and upcoming screenings here.