Rice Pudding and Lego Men: A Blueprint for Revolution

Popovic, who consults with political activists across the world in his role as executive director of the Centre for Applied Nonviolent Action and Strategies (CANVAS), began by underlining the motivations behind the book.

“There are many fascinating stories you learn from working with activists across the world. And one of the things you feel is the first thing in any revolution happens in your head. People imagine these revolutionaries as heroes in the Che Guevara mould… but hanging out with these people you come to realize that they are like you and me.”

Pushed by Crawshaw over whether the use of non-violent strategies worked for so-called ‘soft’ power but failed in more extreme cases, such as Russia and Syria where power has become more entrenched, Popovic referred to the phrase often repeated by local activists.

“There are always reasons why it can never happen here, (either in Syria because the state is too repressive or in the UK because people are too apathetic). And they are right. Every single context is different. Even the title of the book is cynical; there is no such thing as a blueprint for revolution. People need to dream their own country, you need creativity, you need numbers and you can’t really borrow this from somebody else… but what we are talking about is a set of tools that are the same.”

Popovic countered claims of internationalising activism, often levelled at organisations such as CANVAS and used by governments to re-define national non-violent protests, by re-asserting that all these struggles must be indigenous but that each can learn from a basic tool-kit. Most importantly, Popovic cited the most common failures of a revolution – the inability to follow up a successful revolution with a vocabulary of democratic transition.

From experiencing the disunity of the opposition in Serbia under Milosevic right through to the disparate opposition groups in Syria, Popovic emphasised the need for organisation, planning and discipline within political protest movements, claiming that despite the popular perception that revolutions are spontaneous acts, “there are in the end only two types of non-violent revolution: the spontaneous and the successful. You can’t have both.”

Charting the evolution of protests during the Arab Spring from non-violent to violence, Popovic stressed the need to objectively look at previous revolutions to determine the most effective strategy.

“Out of 323 struggles in the last century, 52% of non-violent struggles were effective as opposed to 26% of violent struggles. Simply speaking you want to go back to Sun Tzu who said that if you want to win a war you need to put your strong points against your opponent’s weak points.”

From Tienanmen to the protests in Tahrir Square, the most successful revolutions build from small victories, in what he termed ‘dilemma actions’ – doing something everybody can do – picking the battles that you can win and recognising the moment when momentum turns in a movement.

“The easiest way to imagine this type of struggle is as a video game which works on multiple levels. Non-violent struggle is like stairs and the problem is that we only see the goal of ‘game over’. Like going to the theatre and only seeing the last act we do not see what has preceded it.” 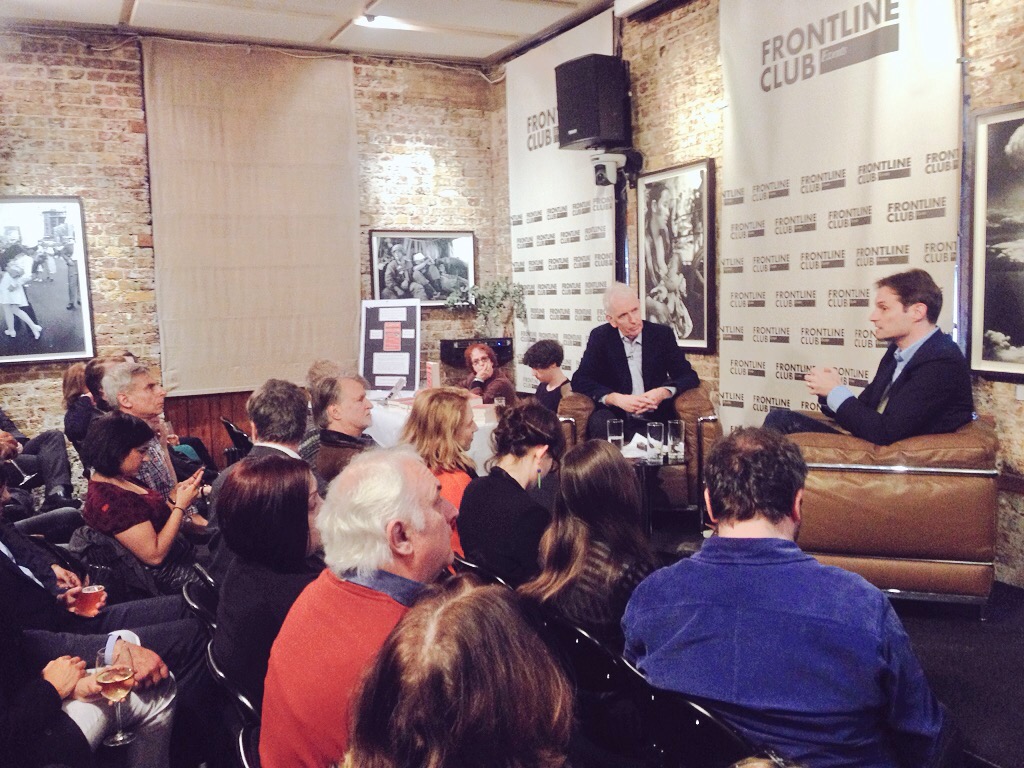 Specifically analysing the problems of Occupy, Popovic criticised the movements’ inability to articulate clear objectives and translate public anger into hope. Secondly, the problem lay in the decision making process that Occupy adopted, in “the thought that somehow getting organised would harm the cause of their struggle”. Thirdly was a question of branding. By terming the movement Occupy you made a movement out of a tactic and limited it to a small group of people who already think the same. Instead, Popovic suggested that by terming the protest the 99% it becomes an inclusive social inequality movement.

When asked about the tendency or desire to define a protest as a binary Good vs. Evil struggle, Popovic said that “too often people get excited about demonizing the person, political party or system as the centre of evil and build their own reality around it.” Instead, what he learned and what he tries to teach groups is to think in a different way.

From his own experience in Serbia where the tactic of protesting police barricades shifted from howls of dissent to giving them cakes and flowers, Popovic concluded by discussing how and why humour works as a fundamental strategy for non-violent protest: through attracting participation in activism by increasing the ‘cool factor’ of protests, through the intentionally teasing authorities through mockery and by utilising humour as a fear breaker.

“If you get back to the idea of the video game and you look at the status quo force in society, these are either fear or apathy. Whereas if you look at game-changing factors it is enthusiasm, social mobilisation and commitment and so if you see one going up and the other going down you can predict and affect the outcome.”