In Surveillance We Trust?

A deeper question than balance seemed to emerge in the debate, however –  that of trust. Can governments and corporations be trusted to wield the deeply penetrative surveillance technology that has so recently arrived in their hands?`

Sir Malcolm Rifkind believes they can.  The Chairman of the UK’s Intelligence and Security Committee and a former Foreign and Defence Secretary, opened his remarks by saying:

“Let’s start from the presumption that the people who run GCHQ, MI6 and MI5 are decent, responsible people, with high levels of integrity.  I think it’s a reasonable assumption.”

The Director of Oxford’s Internet Institute, Helen Margetts pointed out:

“PRISM is [said] to have cost $20 million, which is completely and utterly ludicrous.  As one tech blog put it, most security consultants ‘won’t get out of bed for less than $100 million’.  The actual cost is probably billions.”

“What comes out [from authorities] is, ‘Trust Us.’  And the trouble with that is that, in recent decades at least, our political masters haven’t deserved our trust…”

The big problem is that the technology operates outside of the laws. . . . Without a warrant – in this country – GCHQ can scoop up all of our email metadata [and] all of our mobile phone metadata, and . . . all of your click streams are collected.  In other words, every website we’ve ever visited. . . . You have an amazingly detailed picture of everybody. My question is:  in the long run, can you actually square this with liberal democracy? 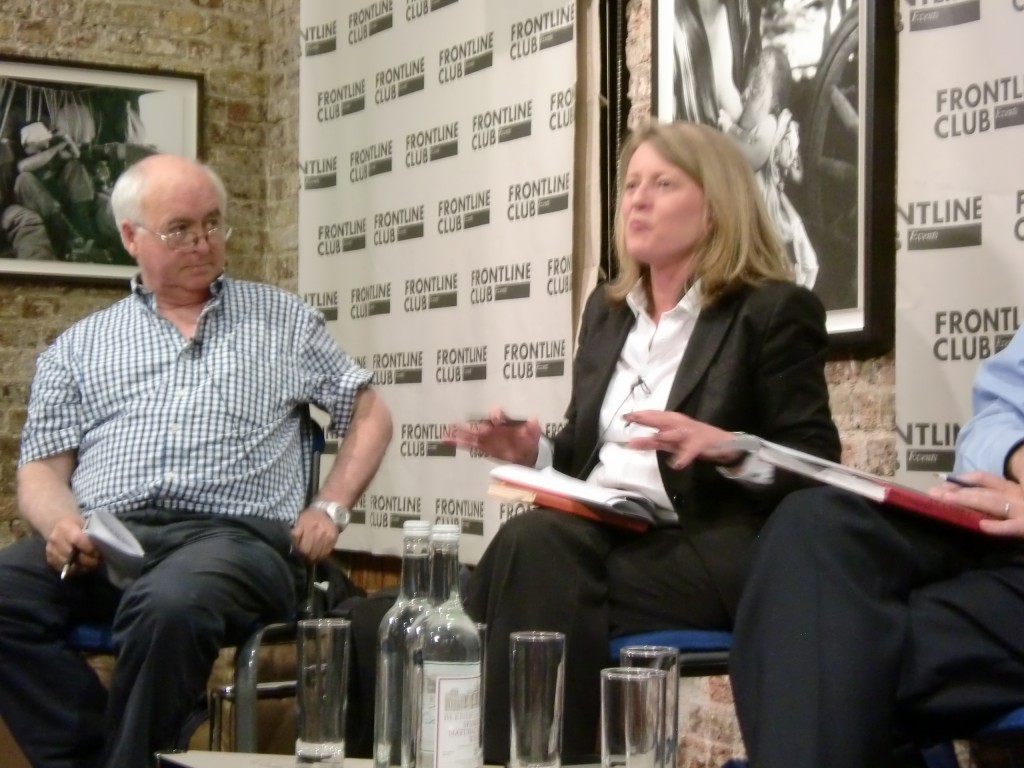 “Ask yourself . . . why in America, since 9/11, there’s not been a single further example of that kind of a mass atrocity, or why in this country, apart from the 7/7 bombings, not a single person has been killed – since Lee Rigby, a few weeks ago.  In each and every year since 7/7 –  or since 9/11, whichever you prefer – there have been at least one and sometimes two terrorist plots – in this country – that have been uncovered. . . . I know for a fact that in each of these terrorist plots that were disrupted, it was metadata [that] was a substantial part of the evidence…”

In that light, the chair Mark Urban, an author and an diplomatic and defence editor for BBC Two’s Newsnight, asked:

“To what extent do we as citizens . . . with a phone and a computer, give our consent to the companies?  Is it possible to live a modern, networked life, without giving that consent?”

To which Naughton answered: