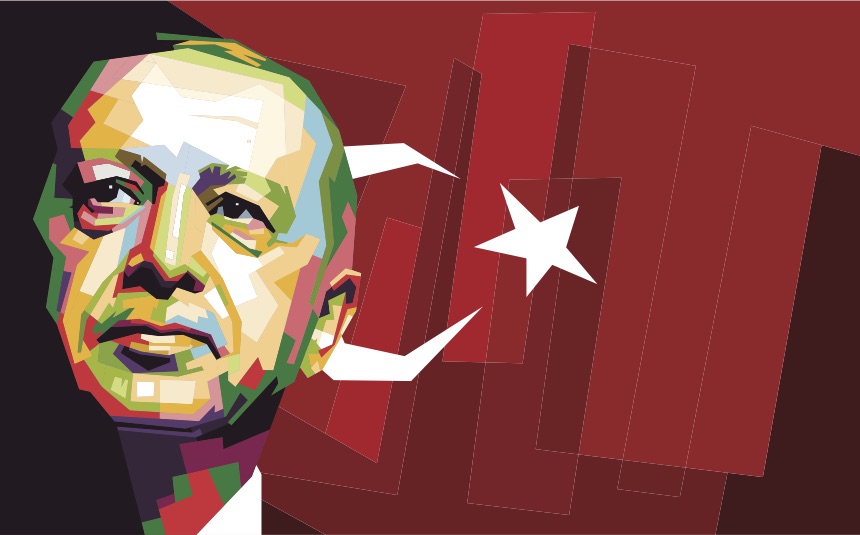 Erdogan Rising: What next for Turkey and the West?

The original modern populist, Recep Tayyip Erdogan is a complex, polarising figure who mastered macho divide-and-rule politics a decade and a half before Donald Trump cottoned on. Many believe he has used it to lead his country – a young democracy on the fringe of Europe – into spiralling authoritarianism.

As president, he commands a following so devoted they compose songs in his honour, adorn their homes with his picture, and lay down their lives to keep him in power.

Yet Erdogan is no ordinary dictator. His elections are won by tiny margins, and Turkey remains defined by its two warring cults: those who worship Erdogan, the wilful Muslim nationalist with a tightening authoritarian grip, and those who stand behind Ataturk, the secularist, westward-looking leader who founded the republic and remains its best loved icon long after his death.

So where is Turkey headed next?  How is Erdogan viewed by his international counterparts and how will Turkey’s invasion into north east Syria affect the stability of the region and the wider world?

Join The Times correspondents Anthony Loyd and Hannah Lucinda Smith, long-time Erdogan observer and author of recently-published “Erdogan Rising: The Battle for the Soul of Turkey“ as they explore the character, politics and beliefs of Turkey’s president.

Hannah Lucinda Smith has been living in Turkey as the Times correspondent for nearly a decade, reporting on the ground from the onset of the Arab Spring through terrorist attacks, mass protests, civil war, unprecedented refugee influx and the explosive, bloody 2016 coup attempt that threatened to topple – and kill – Erdogan. During her time in the country, she has also reported from inside rebel-held Syria, on the front lines of the battle against Isis in Iraq.  She is author of the recently published “Erdogan Rising“.

Anthony Loyd (Chair) is senior foreign correspondent for The Times. His career began in 1993 when he started reporting from the war in Bosnia. Since then he has written from innumerable conflict zones, including Syria, Iraq, Afghanistan, Libya, Chechnya and Kosovo. He is author of My War Gone By I Miss It So and Another Bloody Love Letter. He has witnessed the atrocities committed by Bashar al-Assad’s regime, the brutal rise of the self-styled Islamic State and the desperate struggle of the Syrian people caught between the two.