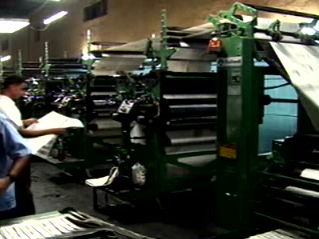 They live in fear. A dozen have been assassinated. Such is the fate of journalists trying to cover the war in the north of Sri Lanka. link

A report from CBC about journalists working in Sri Lanka. The sub-7 minute feature takes us inside the offices of The Sunday Leader, the newspaper Lasantha Wickrematunga edited until he was assasinated on the streets of Colombo on 8 January, 2009. Sri Lankan journalists reporting from both sides of the conflict face harassment, jail and death on a daily basis.