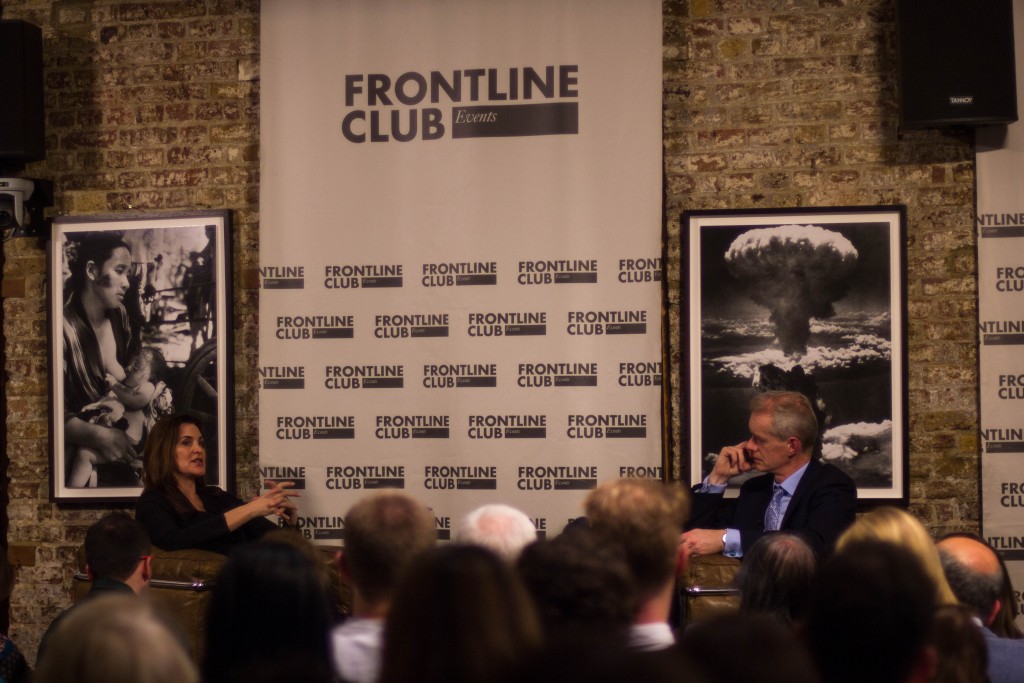 Di Giovanni is no stranger to conflict, with work spanning the first Palestinian intifada, the Bosnian war and much of the upheaval of the Arab Spring. Her latest book is the result of numerous official and unofficial visits to Syria, weaving accounts of human tragedy into the country’s wider political picture. For di Giovanni, focusing on those trapped in a war beyond their control was the most striking and impactful way to cover the conflict.

“For me, far more interesting than being on the frontline in Homs, was going to the military hospital of Assad’s soldiers,” di Giovanni said. “I went early one morning when they were having their mass funeral… These were the regimes soldiers so you would think that we could perceive them as monsters… They were kids, they were 18, 19 years old… they just found themselves in this time and this place, but they were basically just kids.”

Sackur asked di Giovanni what it was like to witness Syria’s “terrible descent into full-on civil war,” and the rise of Daesh.

“As early as 2013 we started seeing, or maybe even earlier in 2012, the radicalisation of Aleppo… My trips back there became increasingly difficult,” commented di Giovanni. She recalled one particular incident that made her realise how dangerous the situation had become for Western journalists, in which herself and photojournalist Nicole Tung were attacked by an angry crowd frustrated by the West’s failure to intervene in the war.

“In the worst days in Sarajevo, the population never turned on us… And now we were getting attacked, as women we were being subjugated even with our former colleagues, and worse than that, Steve (Sotloff) and Jim (Foley) were beheaded.”

A major focus was the West’s inaction over the Syrian war, and the frustration that this has generated. Referring to a recent spate of Russian airstrikes on hospitals and schools in northern Syria, one audience member asked if there was any hope of bringing Assad and Putin’s impunity to an end.

Di Giovanni responded by saying Assad shouldn’t be allowed to continue his reign of power, but also conceded that “the more that Daesh continue to push and do these horrific acts publicly… the more that people who before had been supporting the opposition went back to supporting Assad. If you pull Assad out right now – this is a man with blood on his hands, a war criminal – you’re going to have a power vacuum in Damascus… There is no one yet ready to step into his shoes.”

Sackur added that a more cynical view would “argue that for all of the hopes we had for street politics and uprisings… actually removing the Gaddafi’s, or the Assad’s, or the Mubarak’s unleashes a form of chaos that is worse.”

An audience member asked what Assad’s endgame might be, given that Daesh’s actions are bolstering support for his regime. Di Giovanni replied: “I think he’s won. The Russians are on his side. He’s managed to turn the UN into a laughing stock. The diplomatic channel has basically been made a joke.” 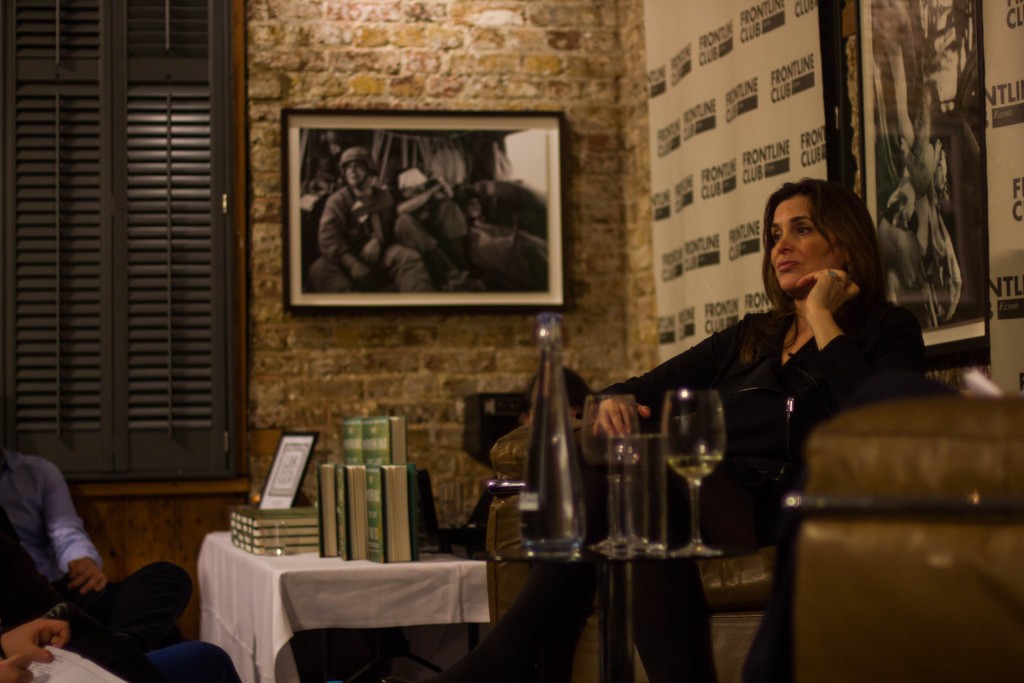 On a final note, an audience member asked di Giovanni if she had any stories of hope from Syria. She recounted meeting members of the White Helmets, a group of ordinary civilians in Syria who rescue people from the wreckage of airstrikes – despite the enormous risks to their own lives, particularly in light of Russia’s ‘double-tap’ bombing strategy. “In war time you get horrible things, but you also get the human spirit capable of doing good… I came away thinking superheroes really do exist.”

Click here to find out more information on the White Helmets.

Purchase a copy of The Morning They Came for Us: Dispatches From Syria here.