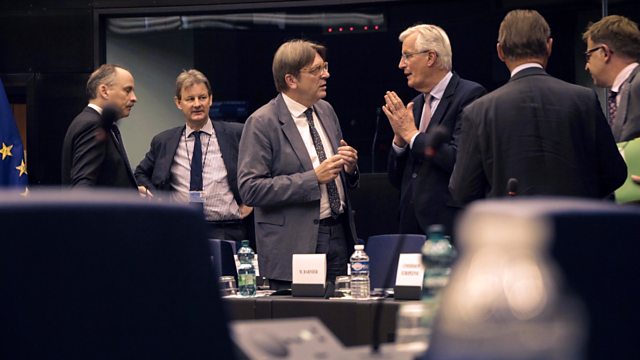 On the day Britain may or may not leave the EU, come and discover the gripping untold story of the Brexit negotiations… from the other side!

For two years, Belgian film-maker, Lode Desmet, had exclusive access to the Brexit co ordinator of the European parliament, Guy Verhofstadt, and his close knit team. His revelatory fly-on-the-wall film captures the off-the-record conversations and arguments of the European negotiators as they devise their strategy for dealing with the British, led by former PM Theresa May.

At moments funny and tragic the film reveals how respect for a formidable negotiating opponent turns into frustration and incredulity as the British fail to present a united front, how May is publicly humiliated by coalition partner, Arlene Foster of the DUP, and how Europe watches on incredulously as divisions in the British parliament and cabinet become more bitter, leaving the talks paralysed.

Desmet shows us how, 18 months after negotiations begin, respect for Britain turns to irritation and finally ridicule.

“The documentary is likely to be seized upon by Remainers as evidence of the government’s bungling of talks with the EU, and Leavers as an illustration of Brussels’ desire to punish Britain” – The Huffington Post

“★★★★ There was a moment half-way through Brexit Behind Closed Doors when I started laughing and thought I might never stop.” – i News

Read Indy100’s most brutal moments from the behind the scenes doc here. 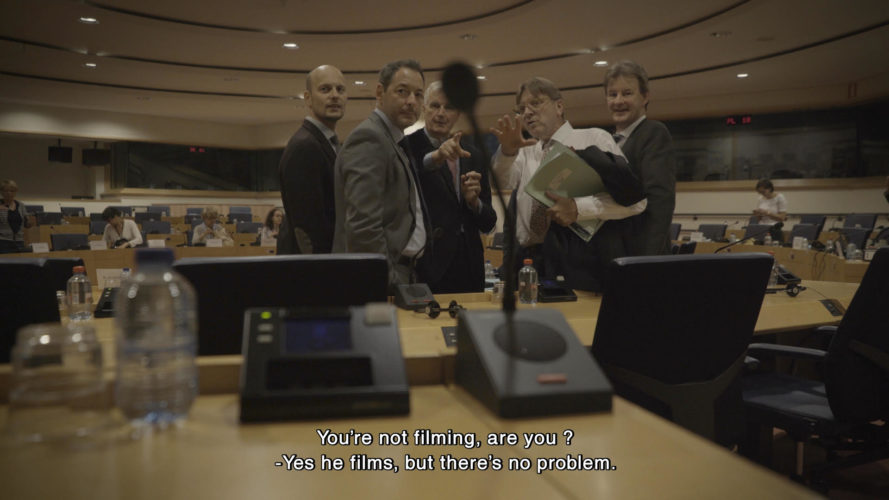