A Country in Motion: Films from Burma

The Frontline Club is delighted to present an evening dedicated to the recent social, political and cultural transitions in Burma presented through the eyes of its young filmmakers. Free elections, gender equality and defeating poverty are themes reoccurring in this unique programme of short films selected by Igor Blazevic; thinker, political activist and founder of the One World Human Rights Festival in Prague.

Followed by a discussion with Burmese filmmakers and experts, responding to the films as well as reflecting on Czech – Burmese parallels, Václav Havel´s friendship with Aung San Su Kyi, and the collaboration between Czech and Burmese filmmakers.

Igor Blaževič is most known as a relentless human rights campaigner of Bosnian origin living in the Czech Republic. He participated in many humanitarian missions (Sarajevo, Chechnya, Cambodia, Burma, East Timor) and together with his wife, filmmaker Jasmina Blaževič, directed a wide range of documentaries (The Refugees of Twenty Years War (2000), Only 500 Deaths (2002), Burmese Prisoners (2002)) focusing on political oppression. In 1999 he founded One World Human Rights International Film Festival in Prague, which is today the biggest festival of its sort in Europe. For several years he headed the human rights department of the renowned Czech NGO People in Need. In the past five years, Igor has been based in Thailand and Burma, as the director of the Educational Initiatives, training program for Burmese activists. He is an international consultant for the Human Rights Human Dignity International Film Festival in Burma, in the establishment of which he played a crucial role. Currently he is with the Prague Civil Society Centre in charge for the Transitions Program.

Pavel Seifter was Czech ambassador to the United Kingdom from 1997 until his retirement in 2003. A lecturer in labour and social history in Prague, he was forced to leave his post after the Soviet invasion in 1968. He then worked as a window cleaner for twenty years, and signed the Charter 77, before becoming a key member of the Civic Forum movement, which led to the return from totalitarianism to democratic values in Czechoslovakia. He subsequently served as deputy director of the Institute of Contemporary History and then as the deputy director of the Institute of International Relations in Prague. He was appointed as Director of Foreign Policy to the President in 1993. He is currently a visiting research fellow at the Centre for the Study of Global Governance, LSE.

MP Susanna Hla Hla Soe is a member of the Burmese parliament representing the National League for Democracy, Susanna Hla Hla So has an impressive record as an activist working to improve the lives of Karen women in Burma. She worked for 12 years for the World Vision and established The Karen Women’s Action Group (KWAG) in 2010. Through KWAG she continued to empower Karen women in Karen State, ran anti-trafficking projects and took part in the peace negotiation process between the Karen National Union and the Burmese government to finally bring to an end 60 years of fighting between the two groups. She successfully ran for the MP position in the 2015 landmark elections. In 2012 she received the InterAction Humanitarian Award in Washington DC.

Shot during the 2015 election, a portrait of a female Parliamentary candidate and an ordinary woman in the context of the change brought about the little fingers of the voters. 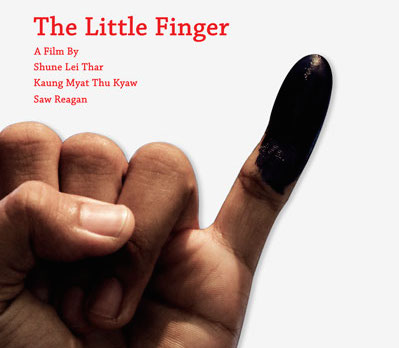 In 2005, Myanmar government started a nation-wide campaign to plant Physic Nut – a toxic bush-like tree – for biodiesel production. It was considered “a national duty” to grow these
trees. The country was to plant eight million acres within three years. This radical program resulted in land confiscations and forced labor all over the country. Faced with these hardship and injustice, four courageous farmers from Nat Mauk (Magway Division) stood up against the authorities and fought for their rights and their land.

I WANNA GO TO SCHOOL

A short animation about a brother and a sister who dream of going to school together. They are trying to escape from obstacles such as gender inequality, poverty, child abuse, child labour, human trafficking, etc. that are blocking their chance to education.

A short fiction film about a boy from the village of Paloung Mountain and how he become a buffalo boy. Winner of the Min Ko Naing Award and the Hantharwady U Win Tin Award at the 2015 Human Rights and Dignity Film Festival. 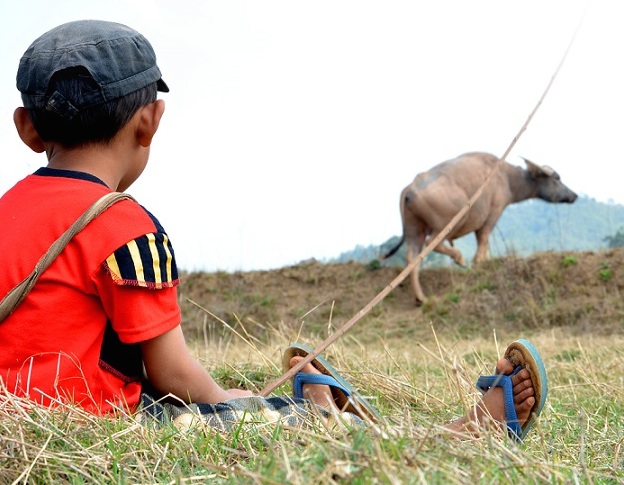 Czech Centre London‘s mission is to actively promote the Czech Republic by showcasing Czechculture in the UK. Its programme covers visual and performing arts, film, literature, music,
architecture, design and fashion. As well as hosting its own events, the Czech Centre offers support for other groups organising Czech related initiatives in the UK. The centre also seeks to further enhance cultural relationships between the UK and the Czech Republic through curatorial visits, media tours and artistic residencies; helping to generate creative dialogue among artists, scholars and cultural activists from both countries. The Czech Centre is a member of EUNIC (European Union National Institutes for Culture).