Writing Revolution: The voices from Tunis to Damascus

From Cairo to Damascus, Tunisia to Bahrain, Writing Revolution brings together some of the best new writing born out of the profound changes shaking the region.

We will be joined by the editors and two of the contributors to talk about their work and how it has been shaped and influenced by the historic events unfolding around them. They will be reflecting on what they have witnessed and documented, and the political and poetic engagement with questions of identity and activism.

Bringing together authors, journalists, activists, students, writers and bloggers this collection of writing offers a moving testimony to the hopefulness and the heartbreak that has been witnessed across the Arab world.

Chaired by Rachel Shabi, a journalist and writer, she has written widely on the Middle East for a variety of media including the Guardian, Sunday Times, Independent , Al Jazeera English, Jane’s Intelligence Digest, Foreign Policy, and the New Statesman. She was shortlisted for the 2011 Orwell Prize for political journalism, won the Anna Lindh journalism prize 2011 and was also nominated for the Next Century Foundation’s cutting edge media award.

Matthew Cassel is a journalist and photographer based in the Middle East since 2004. Formerly assistant editor of The Electronic Intifada online journal, he is a journalist with Al Jazeera English and a contributor to numerous other publications.

Layla Al-Zubaidi is director of the Southern Africa Office of the Heinrich Böll Foundation in Cape Town. She headed the Foundation’s Middle East Office in Beirut for six years, served as Program Manager at its office in Ramallah and worked for several media and development institutions.

Mohamed Mesrati is a Libyan writer and journalist residing in the UK. He started to publish his short stories online in 2007. He works as a journalist for El Kef newspaper, which has featured his investigative reports on social issues in Libya. An extract from his novel-in-progress Mama Pizza appeared in Banipal No. 40.

Ali Abdulemam is a Bahraini blogger, the founder of Bahrain Online and human rights activist. He took part in protests calling for democracy in Bahrain in February-March 2011. He was amongst the first to agree to contribute to the Writing Revolution project before he went into hiding during a government crackdown on the protest movement. He was sentenced, in absentia to 15 years in prison and recently fled Bahrain to the UK where he’s been granted asylum. He is representing his friend and fellow political refugee, Dr. Ali Aldairy, who ended up contributing to this project but was sadly not able to make it to the UK for this event. 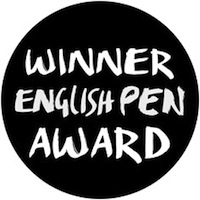