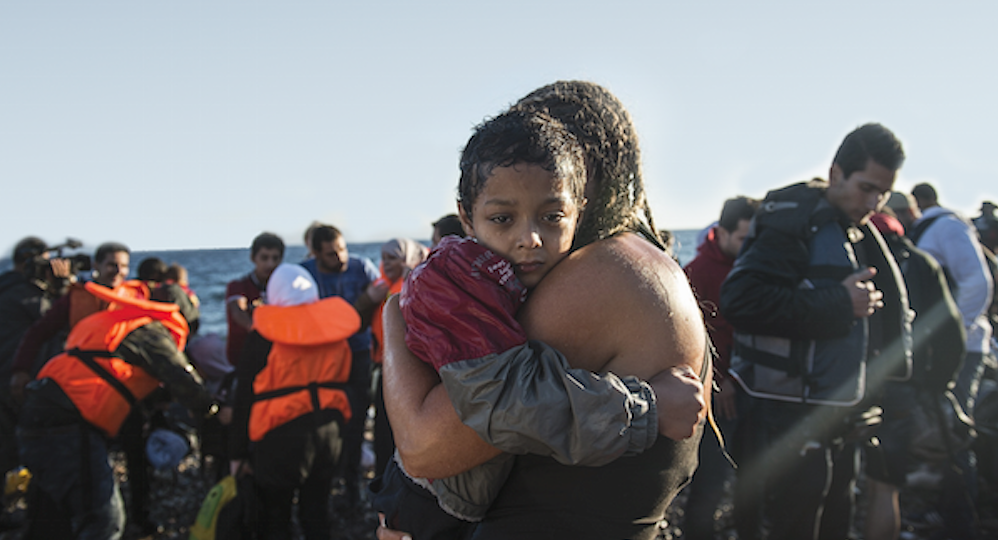 The ideological and physical implementation of borders has become a key element of debate around the global refugee crisis. In the past decade, forty thousand people died trying to cross international borders, with deaths along the shores of Europe only accounting for half of the shocking total. At the same time, military-industrial complexes have expanded to further secure and police border zones across the world.

In Violent Borders: Refugees and the Right to Move Reece Jones presents a major new analysis of the refugee crisis, focusing on how borders are constructed and policed, examining state efforts to contain populations and control access to resources and opportunities.

We will be joined by a panel of experts to discuss the relationship between security projects, conflict along borders and the refugee crisis.

May Bulman is a London-based journalist currently working for The Independent with a main focus on covering the situation in the Calais ‘jungle’ and the wider refugee crisis in Europe. She finished her Masters in journalism at City University in June and has since written on a freelance basis for several publications including The Times, The Mirror and The Independent. She is currently reporting on the imminent demolition of the camp in Calais and the fate of its residents. May believes accurate and effective reporting on the refugee crisis is a crucial job for journalists in Europe and around the world at the moment.

Reece Jones is a Professor of Geography at the University of Hawaii in Manoa, and the author of Border Walls: Security and the War on Terror in the United States, India, and Israel.

Professor Heaven Crawley leads research on migration and human security at the Centre for Trust, Peace and Social Relations at Coventry University. She specialises in aspects of international migration, including policy, public attitudes and the experience of refugees and asylum-seekers.

Elinor Raikes is the Regional Representative for International Rescue Committee’s response to the European refugee crisis. Elinor rejoined the IRC into this role after working as an independent consultant for DFID and others in 2014-15. She was previously with the IRC for six years and during that time worked for many years in DR Congo as well as in Chad, Afghanistan and Zimbabwe. Prior to the IRC, Elinor worked for Save the Children. IRC’s programming in Europe began in 2015 with a large-scale emergency response in Greece and in Serbia. Today, the IRC has a developed emergency response and is working to expand support to local actors to improve preparedness; and, is expanding its provision of technical assistance working with a large network of partners in order to respond to the unique protection needs of the context; is also developing technical assistance on policy and services to ensure the effective and positive integration of refugees and asylum-seekers.

Richard Savage is the Global Emergency Response Security Manager for Save the Children International. He has provided security analysis and oversight for SCI’s refugee relief efforts in Greece and for the newly established STC maritime rescue operation in the Mediterranean. Richard also has several years’ experience providing security management for INGO relief operations inside Syria and for the regional refugee response. He holds a Master’s degree in Security, Conflict and International Development. In addition to Richard’s extensive experience in the humanitarian sector, he comes with 20 years of security experience including service in the British Army, as well as the private security sector.