“More than three quarters of the walls that exist on borders today were built in the last twenty five years.”
Reece Jones, Professor at the University of Hawaii

On Wednesday the 12th of October, a panel of five experts in the refugee crisis gathered to discuss the tragedy that often ensues when a refugee attempts to leave their home country. 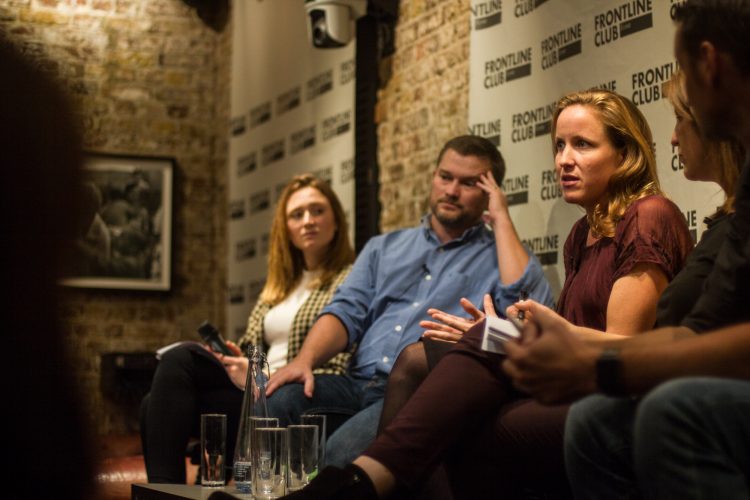 May Bulman, a journalist with The Independent, chaired the event and asked Reece Jones, a Professor at the University of Hawaii, whether the brutality when crossing borders has worsened, and if so – why?

“Yes. I would say definitely it has gotten worse. I argue it’s for two reasons: one is that the changing perception that border guards’ primary duty is to prevent the movement of terrorists and other violent threats… The second factor is the funnelling of people on the move to much more dangerous places to cross… as the easier places to cross are closed down, they have to take a much more dangerous route.” Reece Jones

The International Rescue Committee’s Elinor Raikes described the ripple effect caused by the poorly coordinated border closures: “We’ve seen a significant impact on people right across the route – families separated, fathers and husbands in Germany waiting for their families that were on their way, families now stranded in Turkey.” 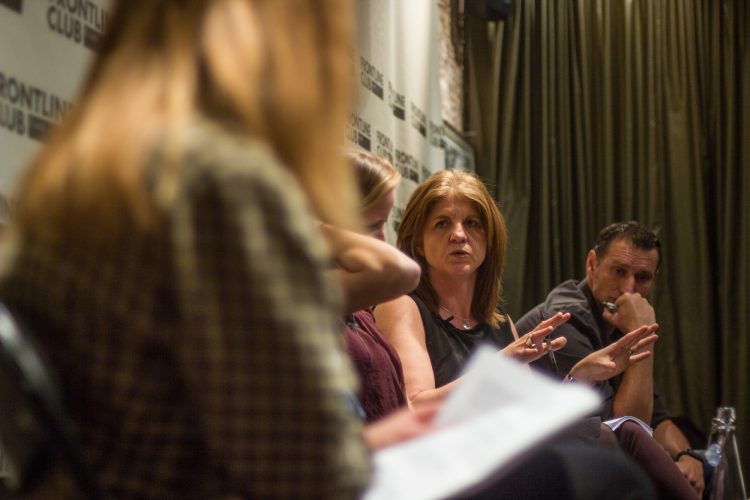 “When we talk to people we found that it’s pretty unusual that people left the place where they lived with an idea they would go to Europe, and that’s where they went… The vast majority of people get out, and then work out where to go next.” 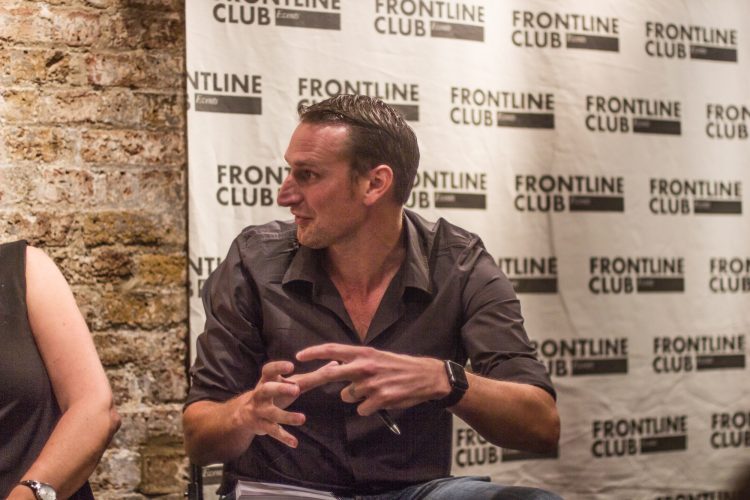 Richard Savage, works for charity Save the Children, and works to move refugees directly from their homeland to a new country. “The risks of going across the mediterranean were less than going home.” He highlighted the benefits of the borders to private military companies: “they’re going to make money, aren’t they? By rolling out barbed wire, producing weapon systems for border guards – does it stem from the perception of terrorism?”

In the absence of legitimate methods of travelling to safer lands, smugglers enjoy a booming trade with a huge supply of refugees willing to pay to escape their home country. Elinor Raikes discussed the irony of a system that refuses entry actually increases risk: “you’re pushing people into these illegal, uncontrolled, unmanaged routes, and actually it’s worse for our security.” She described the “pitiful” EU numbers in rehoming refugees, “the UN considers that 10% of displaced people globally should be resettled because they’re considered the most vulnerable, the EU share of that should be 108,000 a year. And the latest draft that’s making the rounds around the council and Parliament at the moment is talking around 20,000 a year.”