“I think the US strategy on Syria is entirely right. The idea of the US getting involved in another war without an end in sight, against whom and for what we don’t know, strikes me as the craziest thing the US could do.”

Nick Schifrin, foreign correspondent for ABC News, drew the attention to Obama’s speech on drones and Guantanamo on 23 May this year, at the National Defense University.

“He [Barack Obama] said ‘All wars must end,’ it seemed an attempt to define that legacy and say ‘We’re going to move beyond the post-9/11 world.” 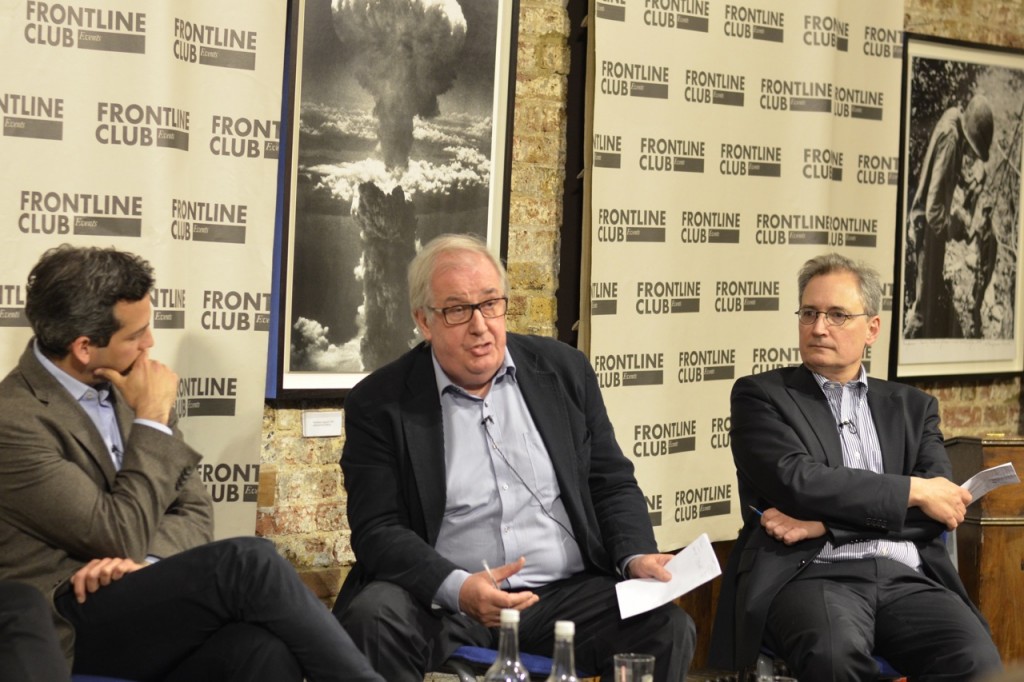 Ghattas remembered Secretary of State Hillary Clinton’s reaction to the uprising in Libya: “Once the Arab league and the Golf Corporation Council had called for a No-Fly-Zone, Clinton was already convinced that something had to be done.”

Schifrin, who was reporting from Benghazi during this week, added:

“From the ground it was very simple: If the No-Fly-Zone hadn’t passed by the weekend, tens of thousands of people would have died. ( . . . ) There were a lot of mercenaries behind the other planes who would have been happy to flatten Benghazi.”

Dana Allin, Senior Fellow for US Foreign Policy and Transatlantic Affairs and Editor of Survival: Global Politics and Strategy at The International Institute for Strategic Studies (IISS), brought the Israel-Palestine peace process into the foreign policy evaluation:

“Focusing on the settlements clearly failed when [Israeli Prime Minister] Benjamin Netanyahu said ‘No’ [to build 3,000 new homes in the West Bank and Jerusalem for Palestinians] and Obama didn’t have a Plan B. This was the largest foreign policy defeat of the president. ( . . . ) Sometimes Obama seems overwhelmed by the power of his own eloquence.”

“He detoxified the war on terror but continued it and increased the number of troops and drones in Afghanistan. ( . . . ) We get to the point where we can’t blame George W. Bush for everything anymore.” 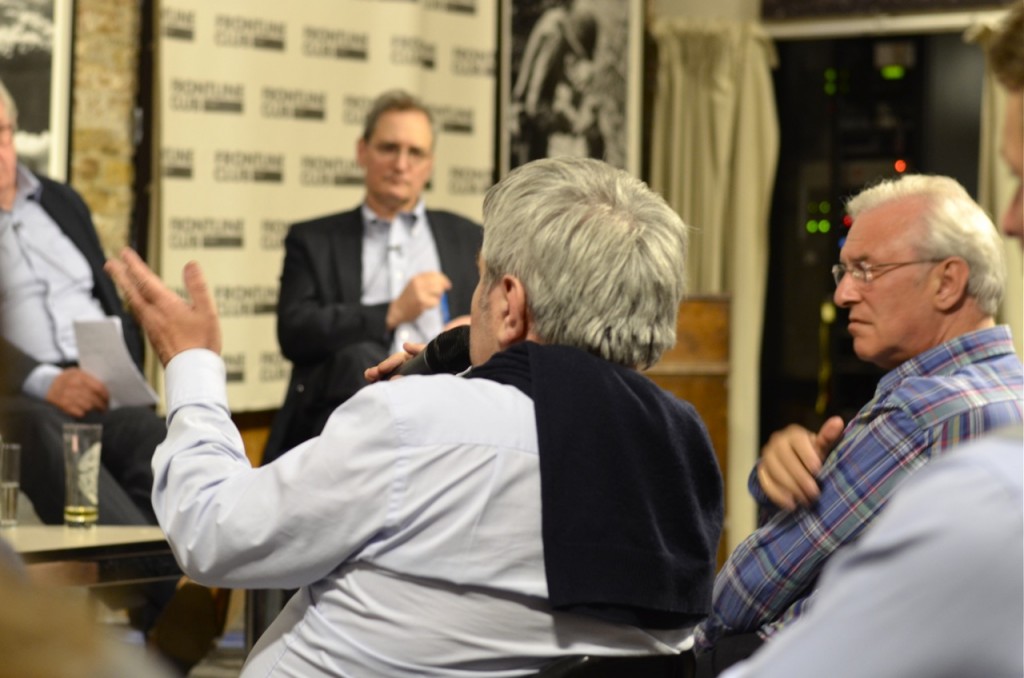 A member of the audience is contributing to the debate.

The debate was then opened to the public. One member of the audience asked: “He’s pouring more and more money in Afghanistan, but the country seems to be a drain that absorbs troops and money. Pakistan is an unreliable ally, to say the least. What could he [Obama] have done differently?” Schifrin mentioned failed American attempts to support and strengthen Pakistan.

“For every Dollar he spent in Pakistan, he spent 30 in Afghanistan. ( . . . ) But people need to see more than ‘more troops and drones.’ They tried to open an American hospital in Islamabad but that wasn’t successful. Overall, there would have to be more effort.”

Moving on to the unpredictable and time-consuming problems with Assad in Syria, Ghattas concluded:

“The problem with US policy is that it’s often based on hope. And it doesn’t work like that in the Middle East.”

Watch and listen to the event here: