Trump: the ripple that became a wave?

A former Chinese premier is alleged to have said that it was ‘too early’ to judge the impact of the 1789 French revolution, over 200 years later. Whether his point was misquoted, misunderstood, or misconstrued, the same sentiment no doubt applies to the election of America’s next president, Donald Trump, with only weeks since the ballot closed.

The panel discussion ‘What Does Trump’s Presidency Mean for the Rest of the World?’ on 25 November clearly highlighted this as it careened wildly, swerving from the global implications and election autopsies, to passionate debates over racism and fascism. 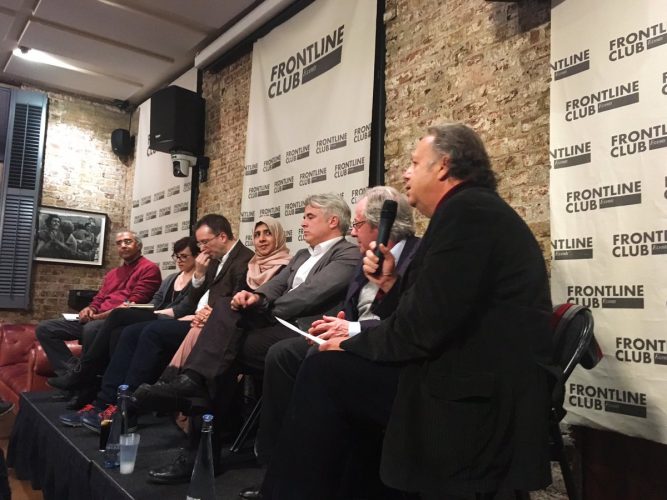 Journalist and author Laurie Penny damned the evening as a ‘normalising’ discussion about ‘a fascist’. Echoing this, Shelina Janmohamed (a commentator on Muslim social and religious trends) urged the audience to think about the framing of the stories told. ‘The way we talk about identity,’ she argued, referring to the coverage of the trial of Jo Cox’s murderer, ‘…affects real peoples’ lives’. There is a potential ‘ripple’ effect on women’s rights movements globally, she argued, legitimising misogyny as ‘locker room talk’, disregarding women’s place in society, and signalling that it’s okay to talk about your daughter in ‘repulsive’ ways.

Trump’s rhetoric around climate change has some fearing the death of climate politics. He talks about ‘setting free coal,’ says Steven Erlanger, London bureau chief for the New York Times. But, this won’t go far: ‘No one’s going to invest in coal, it’s not worth their money,’ Erlanger argued. Many countries are ‘invested in a cleaner world’ for their own reasons, so ’just because the president thinks it can happen’ it doesn’t mean it will. 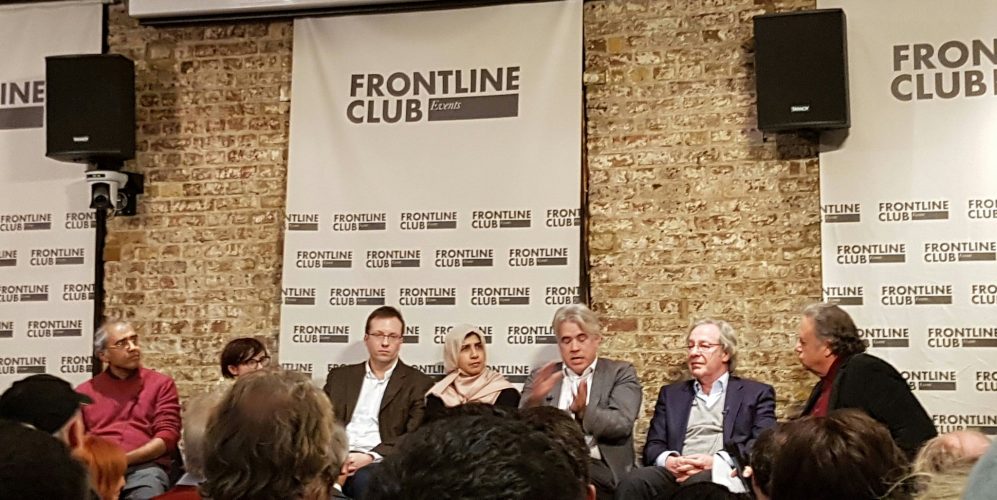 Having previously referred to NATO as ‘obsolete‘, will Trump oversee a shift in the global security landscape? Dan Roberts, The Guardian’s Washington bureau chief, argued Europe will be ‘looking after itself’: for Trump, world security isn’t ‘an American problem’. Erlanger demurred, pointing out that the USA’s NATO membership isn’t altruistic, but in American ‘interests’. President of the British International Studies Association, Inderjeet Parmar, agreed, ‘I don’t think America’s retreating’.

Author, broadcaster, and the chair of the event, Michael Goldfarb asked if Trump caught a ‘wave’ that’s sweeping the world. There is a ‘systemic’ element, Parmar mused; the populist surge is the ‘unravelling of an order’ unable to sustain the ‘Western’ dream. But did Trump’s supporters see themselves as part of a larger wave? One audience member disagreed, arguing that many who voted for Trump sought a conservative supreme court, and didn’t consider the ‘world economy’ or ‘globalism’.

To what extent Trump fulfils his campaign promises remains to be seen. ‘The office has a moderating influence’ argued Alex Sundstrom of Republicans Overseas UK, he will ‘tack to the centre to get stuff done’. Janmohamed disagreed, arguing that his appointees are ‘proof that he’s going to make good on those statements.’ Parmar, however, saw compromise ahead. ‘The education of Donald Trump is going to be the title of a really great book,’ he quipped, ‘that education began as soon as his election was through.’