The screening will be followed by a Q&A with cinematographer Cressida Trew protagonist Khalid Abdalla.

Since 2011 Cairo’s Tahrir Square has repeatedly been occupied by Egyptians demanding change. Director Jehane Noujaim captured what happened in the square through the eyes of several young revolutionaries.

She followed Ahmed Hassan, a charismatic example of Egypt’s disenfranchised youth; Magdy Ashour, a member of the Muslim Brotherhood; and Khalid Abdalla, an accomplished actor who put his career on hold to document the revolution.

Noujaim documents key events during these turbulent years: the euphoria of bringing an end to the corrupt thirty-year regime of President Hosni Mubarak and later the shifting of alliances among the power centres of the military, the Muslim Brotherhood and secularist revolutionaries. The result is an immersive film, that goes deeply into the emotional drama and personal stories behind the news. 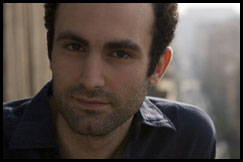 Khalid Abdalla
British-Egyptian actor and filmmaker (The Kite Runner, United 93 and Green Zone), leaves his life in London to join the revolution inspired by the activism of his father who was jailed in Egypt in the 70s. In Cairo, he discovers a profound sense of his Egyptian identity. He co-founded Mosireen, a collective of individuals turning their cameras towards those in authority to hold them accountable for their actions in the square and beyond.

The Square will be released by Netflix UK on 17 January.