The New Middle East: Why would you expect it to be easy?

He believed things might have turned out different if July’s coup that led to the removal of Morsi had been stopped.

“The easiest way of getting rid of the Muslim Brotherhood would have been to not have a coup at all, to allow them to fail. Then people wouldn’t have voted for them again and they would have lost credibility.”

Farah then moved the conversation on to recently escalated events in Syria, where the international community is currently inspecting and destroying the country’s chemical weapons.

“When I went to Damascus in 2012, people still talked about the possibility of reconciling with each other. . . . It’s too brutal and too bloody today and has gone beyond the point of returning as an entity.”

A member of the audience asked about America’s reluctancy to get involved with boots on the ground.

“The US public thinks ‘We don’t want to fight on someone else’s territory anymore.’ Obama promised to get out of war, the Americans want to be left alone. People are worried about the economy and their pay-checks now.” 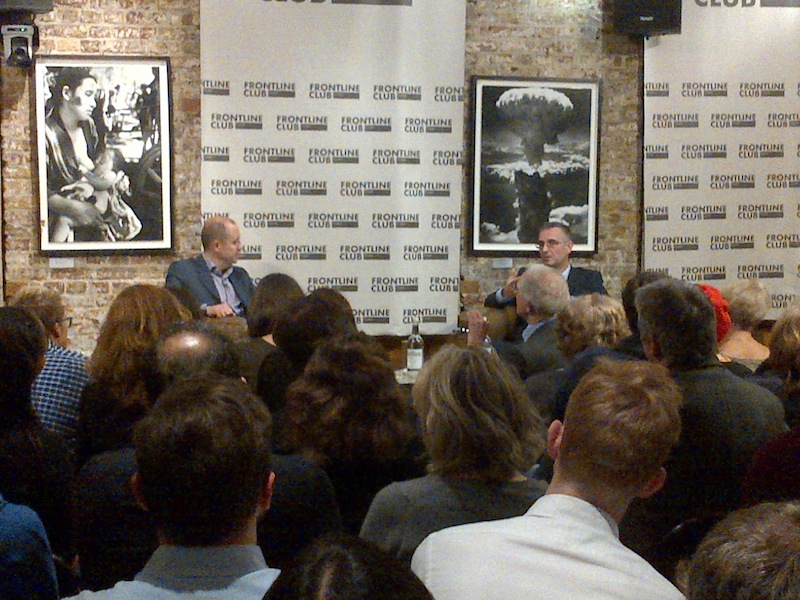 Reminded of a conversation he had with an American journalist about the public’s reluctance to military involvement, Danahar ended the debate by wondering what changes in foreign policy the world would have seen if “we had Obama in 2001 and Bush in 2008?”

If you missed the event watch it back here: