The Lives of Others: Character Driven Documentary 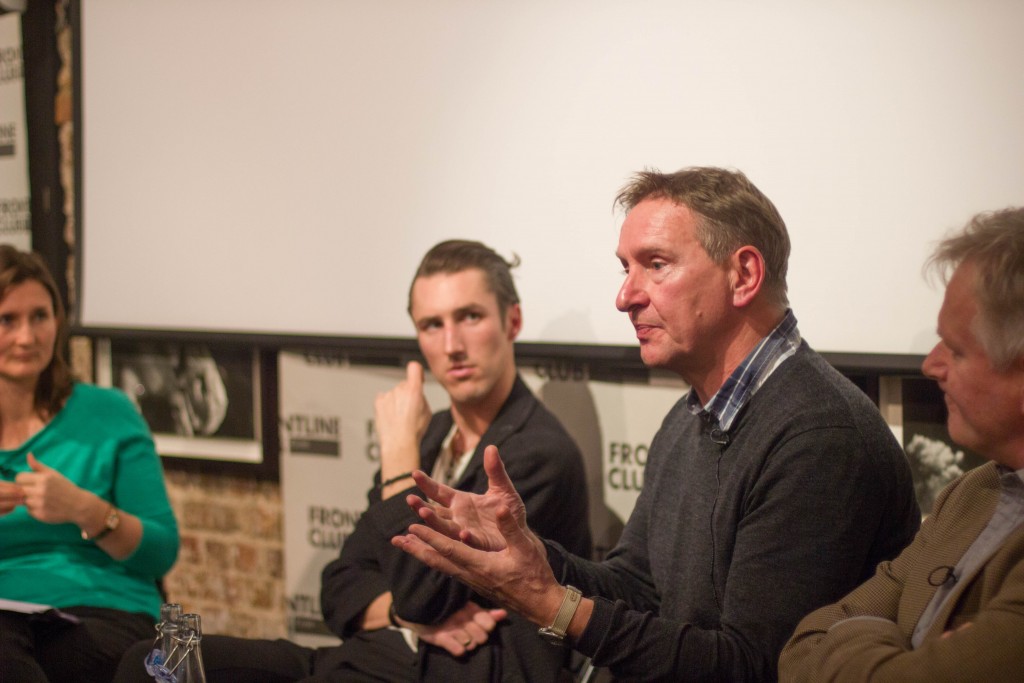 At the start of the discussion, the panellists elaborated on the moments at which they initially decided to pursue their latest documentary projects.

The Confessions of Thomas Quick, Hill‘s latest film which premiered this year at Sheffield Doc/Fest, tells the story of Sweden’s most notorious serial killer. Hill explained to the audience that he decided to make the documentary ten minutes after meeting Quick, who, despite having confessed to 39 “gruesome murders”, was for Hill “completely honest – or as honest as I needed him to be for the film.”

David Sington’s The Fear of Thirteen, which premiered at the 2015 BFI London Film Festival, also focuses on a convicted criminal – a man named ‘Nick’ who had spent over 20 years on death row. Sington said that the most memorable part of the film occurred just minutes into the first interview. “I realised that he wasn’t telling me about himself. He was reliving and reenacting his story… It was a performance. He was doing other voices, actions,” he said.

The performative nature of Sington’s protagonist also contributed to the documentary’s distinct format. “The film is an unusual film because it’s a monologue,” said Sington. “So he’s the only contributor, he’s really the only face you see and the only voice you hear.”

Edward Lovelace, one half of the directing pair D.A.R.Y.L., placed an entirely different type of character at the heart of his film, and enjoyed a different kind of filmmaker-subject relationship with him.

“I love him,” Lovelace said of Edwyn Collins, the singer-songwriter whose recovery from a stroke is the subject of Lovelace’s critically-acclaimed The Possibilities are Endless. While Collins’ speech seemed like it would initially be an issue, Lovelace determined that his subject’s poetic approach to his predicament would be worth waiting for, “even if it might take three years – which it did.”

The discussion also covered the issue of consent. How to frame the opportunity to a potential subject when the filmmaker has no idea how much exposure the film will enjoy? Hill said that “all you can do is be very open with people… I always tell people to think about the consequences for them.”

Ultimately, “you have to treat people like thinking adults,” Hill added.

Sington responded that this issue is often resolved in his broad approach to filmmaking. “When you’re making a film, you’re inviting somebody into the audience’s life. So I want the audience to think, ‘I’m really glad I met that person’. For that reason I only make films about people who I, in some sense, admire and like,” he said. In that sense, he added, “I would never call myself a journalist.”

The frequently blurred line between journalism and documentary filmmaking was also highlighted.

Sington said that his “obligation is to tell the truth,” “even though it can be painful” for subjects and interviewees with whom he had become close. “If you’re telling the truth, I think they recognise the truthfulness of it, even if it wasn’t very flattering.”

Whilst he agreed that truth was the ultimate purpose of his filmmaking, he argued that you can reach it by manipulation during the editing process.

Sington agreed, and argued that “the edit is really a process of writing a screenplay from the material.”

Ultimately, Sington said, “documentary is fiction in the service of truth.”