The Hard Stop: portraying the people behind the London riots

Words and pictures by Heenali Patel

One summer morning in 2011, London’s Metropolitan Police pulled over Mark Duggan– a young, black, British man– and shot him dead. His killing sparked what became known as the Tottenham riots, and set off a chain reaction of arson and looting across the country.

Images of burning buildings and hooded men breaking windows filled television screens, but the media rarely reported on the riots in more depth. Why had this happened? What lessons should have been learned?

George Amponsah’s documentary The Hard Stop, which showed at The Frontline Club on July 8, picks up the story from where the media left off. It follows Duggan’s childhood friends Marcus Knox-Hooke and Kurtis Henville as they deal with the aftermath of his death, and offers a portrait of two men often misrepresented by the headlines. 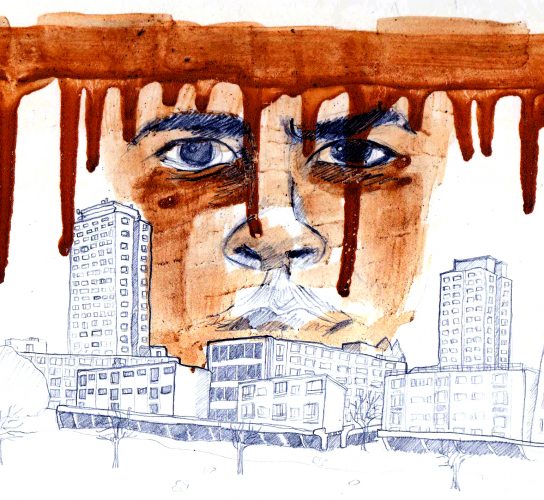 At a Q&A session with all three after the screening, Amponsah highlighted how the media had wrongly reported Duggan’s death as part of a shoot-out. He said: “One of the things that propelled me to make the film when I met Marcus and Kurtis, was a desire to find out what I didn’t feel like I got from the media…and that’s just simply the humanity of the victim.”

“In terms of media distortion…there’s a very iconic image of Mark that went out to a lot of newspapers and media outlets, which was him seemingly scowling out at the camera, and at the same time being labelled as a gangster. That image has become quite famous because when you see the whole picture, it’s actually Mark at the graveside of his daughter who died at stillbirth and he’s holding a love-heart. The initial image that was used to portray him as a gangster is actually a picture of a father suffering bereavement.” 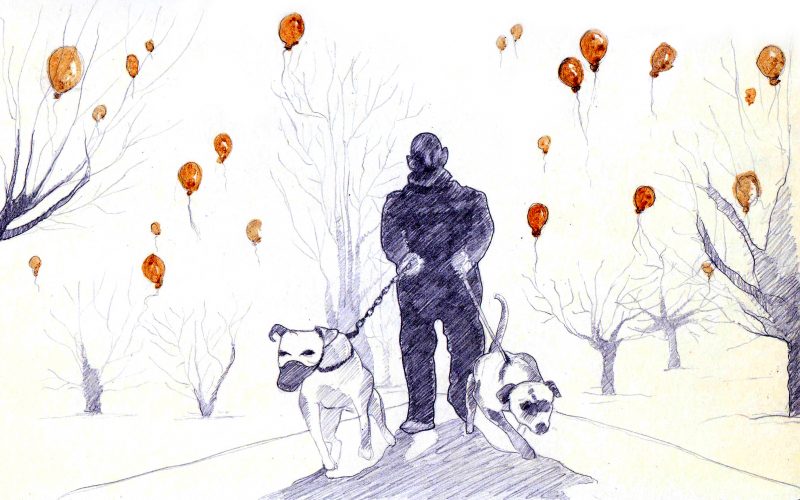 Knox-Hooke added: “When I felt offended by what they were saying about my bro (Mark), I felt like we just had to do something to shed some light on who he was as a person.”

One audience member questioned whether the media should be held responsible for reporting on the basis of what the police had told them. Amponsah replied by acknowledging that some outlets, particularly The Guardian, had produced excellent analysis of the riots. Many other outlets, however, had opted for the knee-jerk demonisation that many young black men from communities like Tottenham say they experience at the hands of police.

“I think it is important that police officers see this film, because as far as I’m concerned, it’s really just a film about humanity,” said Amponsah. “Since 1990, there’s been 1500 deaths in police custody or following a police contact, but not one conviction of a police officer for murder. That doesn’t represent any kind of ability on the police’s part to change in terms of making themselves accountable.”

Knox-Hooke described what it was like growing up on Broadwater Farm, an estate notorious for rioting and the murder of PC Blakelock in 1985, adding that tensions with the police have continued to simmer under the surface ever since.

“It’s a war,” he said. “Growing up, they (the police) always used to chase us, run us down for no reason… Mainly they just wanted the satisfaction of seeing us frightened and seeing us crying. As you get older, that fear turned to anger and bravery, so when they pull up you challenge them. You’re not running anymore.”

Amponsah added: “Personally I suspect that Mark Duggan might still be with us if he was white and not from Broadwater Farm.”

An audience member asked Knox-Hooke and Henville whether the recent verdict on unlawful killing in the Hillsborough disaster gave them any hope for a fresh inquest into Duggan’s case.

Knox-Hooke replied: “I’m hoping that the officer that shot Mark will come forward after some time and say, I did make a mistake… or tell us what happened. I’ve got a little bit of hope, still.”

He added that making The Hard Stop had had a positive impact on his life, and said the group had plans to screen it around the country, particularly in schools and colleges.

“We want this film to reach the children,” he explained.
“The lifestyle that I used to live to how I’m living now is just two different lives. George helped me make that transition. At the beginning of the film, I was very negative, very angry. Now, I’m at peace with myself, especially when I see the reaction of the audience to the film… I believe we achieved what we set out to do.”

Listen to the recording of the event on soundcloud: