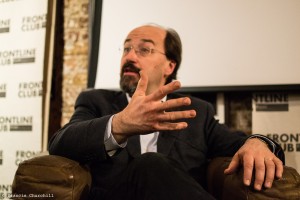 Whilst the film was first and foremost an analytical exploration of the current problems that Europe faces, Piras said she felt that something more was needed to engage audiences in the subject.

“The attempt was to experiment a little bit with fiction, with graphics, with other elements in trying to make very complex issues such as the European Union crisis available possibly to a wider public than the one normally interested in reading The Economist or the Financial Times,” she said.

“The difficulty for the European Union is that so much of what it’s done is stopping you self harming, stopping you subsidise your steel or stopping you have trade barriers… So there’s too much ‘no’ in Europe, and what really the opportunity needs to be is the ‘yes’,” said Emmott.

The film was well received by the audience, with particular praise for the way value was placed on social and identity issues in Europe, rather than exclusively on economic problems.

However, a number of those present questioned the film’s strong pro-European stance. One audience member commented:

“It was ideologically and intellectually highly loaded. You have a number of prominent journalists, intellectuals… all very explicit and putting the case very clearly. And against that you have a very narrow-minded councillor from Margate who is scared of foreigners.” 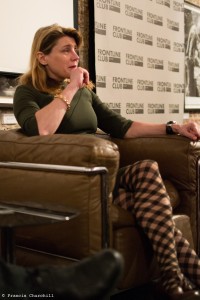 “We thought if we went into trying to give both sides of the arguments for all these very complex issues we wouldn’t have survived. We would have died in the process,” Piras responded.

“What interested me was to make a provocation… To make it entertaining, to make it scary, to push people to think about this scenario. The tragedy about the current debate is that this [apocalyptic] scenario is never evoked”. In doing this, Piras hoped the film would make viewers consider the potential unintended consequences if the European Union were to dissolve.

The discussion also focused on how much of an impact a partial dismantlement of the Eurozone would have on the economy as a whole. Some commented that a Greek exit would allow both Greece and the rest of Europe to flourish, whilst others predicted economic disaster.

There was also criticism of the argument that a Europe without the European Union would slide back into war. One member of the audience described this idea as “the old bogeyman” of Europe. However, Piras was confident that this argument had a legitimate place in the film.

“I think that Ukraine is proving that, the fragile peace in the Balkans is proving that. We wanted to finish with the Balkans because we thought that remembering that only twenty years ago people were actually massacring each other on the borders of Europe… They remember the blood and they see Europe as a solution to not going back to the past,” she said.

Asked why the film did not feature comment on the current threat that Russia poses to Europe, Piras commented that she wanted the film to be an introspective analysis on Europe, without too much focus on external developments.

“The film at the end wanted to concentrate more on us, the Europeans, what we think we should do about what we have built in the last 60 years… The attempt was to make a very provocative, intense and strong film about who we are now in Europe, we Europeans, and what we want to do in the future.”

Follow Annalisa Piras and Bill Emmott on Twitter for updates on future screenings of The Great European Disaster Movie. 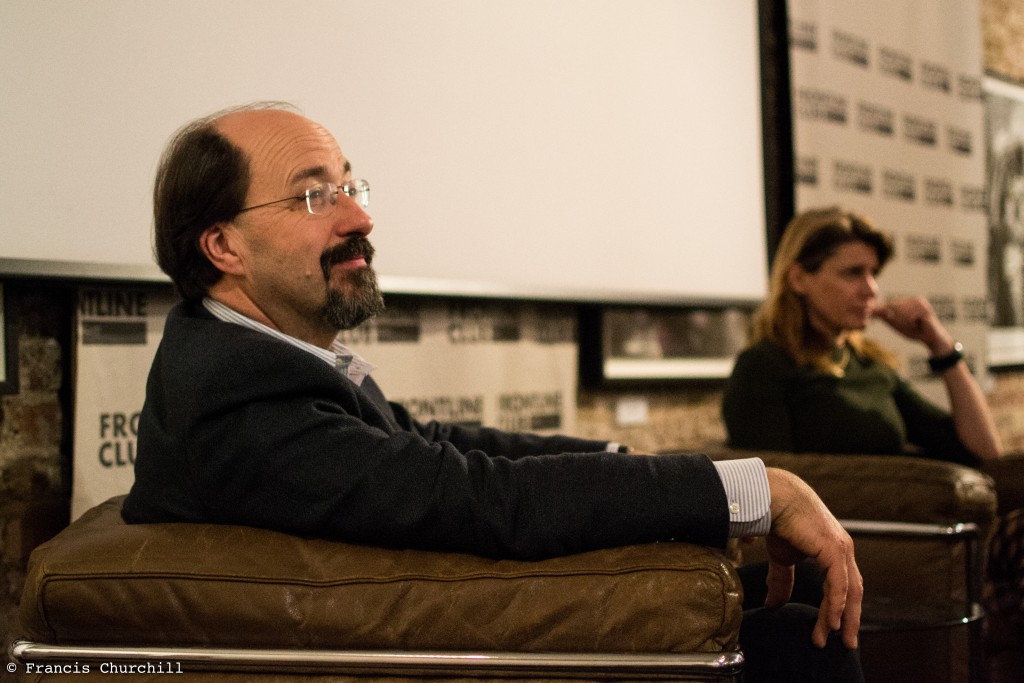