The Girl from Aleppo: Responding to Syria’s Humanitarian Crisis

On Tuesday 6th December, politicians and journalists met at the Frontline Club to talk with Nujeen Mustafa about her book The Girl From Aleppo and to discuss the West’s response to the Syrian Crisis.

The brutal end of the city’s siege has seen the remains of Aleppo broadcast around the globe. When asked how she felt about these images she replied “relief… but it still hurts.” 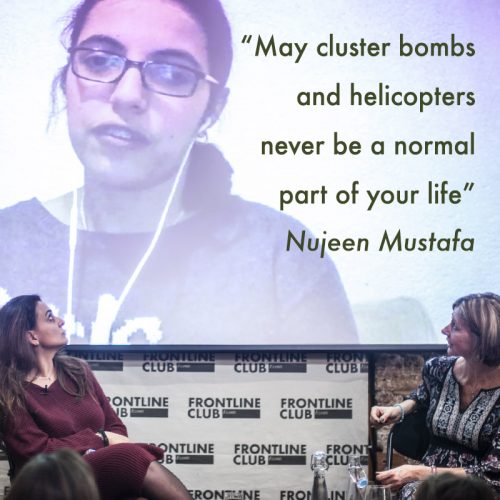 Nujeen, who has cerebral palsy, traveled as a refugee across Europe in a wheelchair. She was turned away from borders and the stigma of being a refugee fell heavily on her. However, in her characteristically understated way, she refers to her portrayal as a danger to host countries as “annoying”.

The misrepresentation of refugees was at the forefront of the evening’s discussion. Christina Lamb, Sunday Times Foreign Correspondent and co-author of Nujeen’s book, mentioned that a major difficulty in reporting the refugee crisis was stopping stories getting lost in the vast numbers: “thats why I wanted to tell Nujeen’s story…she wanted people to know that refugees are just like us.” 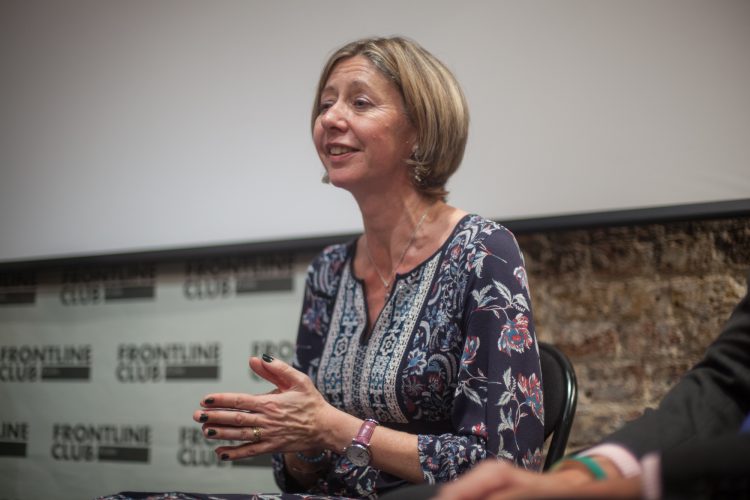 In the Syrian conflict, control of the message is all important.

Lamb said that the Syrian state had “created their own narrative”. Assad, whom Lamb interviewed last month, was confident of winning the conflict, stating that between him and Al-Nusra, Syrians would be prepared to settle for him.

Andrew Mitchell MP believed that the conflict would end in one of two ways. Given that no military victory was possible, the war was “bound to … end in negotiation”. He added that there was a silver lining in Trump’s election in that, together with Putin, they might be able to reach an agreement in their efforts to unite against ISIS. 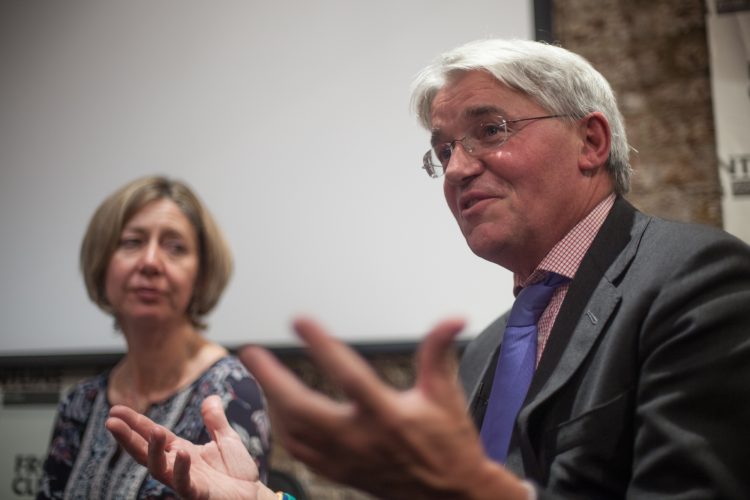 This was small comfort to much of the panel. Journalist and analyst Mina Al-Oraibi found it hard to believe that a populace pitted against such violence would accept a brokered peace so willingly: “Our greatest hope for a resolution is that Trump can make a deal with Putin? … How do you tell Syrian’s that?”

Indeed, it is Assad’s forces that is the greatest threat to civilians. The Syrian Network For Human Rights placed 93% of civilian deaths in the hands of Assad’s forces. Lamb backed this up: “I never met a single Syrian refugee who said they were leaving because of ISIS.”

The panel agreed that the crisis highlighted problems within organisations like the UN. Echoing words that he later used in parliament, Mitchell said “the international rules based system is in great jeopardy at the moment”. This comes at an important time, when the world needs more multilateral cooperation whilst nationalism is on the rise. These final statements matched Nujeen’s own: Many people “only think about the differences, not what we have in common. Which is everything I suppose.”