Followed by a Q&A with director Dror Moreh

For the first time ever, six former heads of the Shin Bet, Israel’s secret service agency, agree to share their insights and reflect publicly on their actions and decisions. With surprising frankness, they shed light on the controversy surrounding the occupation in the aftermath of the Six Day War. 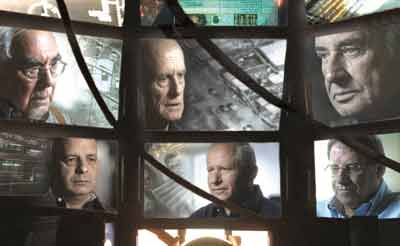 This Academy Award nominated film, combines intimate interviews with often-rare archive footage, which has been digitally reworked so that it now appears as a full-fledged part of the film.

Giving a panorama of the history of the Israeli occupation of Palestine, director Dror Moreh tackles critical questions head-on, whilst providing the interviewees the space needed to express their viewpoints. This produces some fascinating insight into personal principles, career pride and the pragmatic value of fighting terrorism in contemporary politics.