The “Ambiguous World” of the Organ Black Market

In answering a question from the audience on the risks of kidney donation, Bienstock replied that kidney donation is less risky than liposuction, and has been compared, in terms of medical risk, to surrogacy. However, this does not apply to kidney transplants carried out on the black market, as illustrated in the documentary when a Filipino man sells a kidney and later discovers he has renal failure – the transplant has caused harm to himself and  most likely to the recipient of his kidney as well.

In response to the idea of regulation of the market, Bienstock said that, while regulation would definitely make the system safer, it would not be a positive step, asking:

“Do we want to be a society where we regulate buying body parts from poor people? Because nobody affluent is going to sell a kidney.”

One audience member working for the NHS said that the UK has a high rate of families refusing to donate their deceased relative’s organs, and highlighted the negative role that the media has played in encouraging the public’s distrust in the organ donation system. Bienstock pointed out that there are several governments, including Spain and Wales, which have implemented a system of presumed consent, where individuals can opt out if they feel strongly against organ donation. However, as she learnt from conducting her research for the film:

“The sad truth is, though, that even if we all registered to be organ donors – and we should because we . . . need lots of organs that you can’t give while you’re alive – but even if we all did there would not be enough kidneys to go around.” 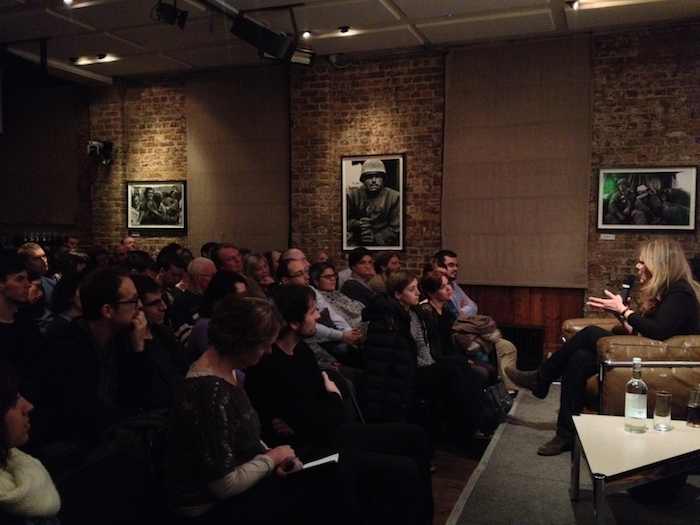 Bienstock revealed that she had originally intended to tell the story through one operation, but the narrative developed over time and during her research. She realised quickly that Kosovo was an anomaly, in that it was just the place that people travelled to for their operations. But the Philippines were included as a country where people trade in the black market in an attempt to lift themselves out of poverty.

The abject poverty of donors was the topic of another question. Had the prosecutor in the film considered the morality of the act of selling a kidney? Had the film affected his determination to prosecute the main surgeon in the film, Dr Sonmaz, or made him recognise the major role poverty continues to play in this system? The prosecutor had told Bienstock that he enjoyed the film very much, and that he does understand that poverty is a driving force of the black market. However, the black market is illegal, and as a prosecutor his role is not to ask ethical questions about poverty:

“Morality and the law are two different things.”

Tales from the Organ Trade continues to be screened in the US, and is available to rent online through Journeyman Pictures. Information about the film can be found on the film’s website. Full versions of interviews conducted as part of the research for the film, with medical ethicists, surgeons and academics are due to be uploaded onto the website by the end of January 2014.