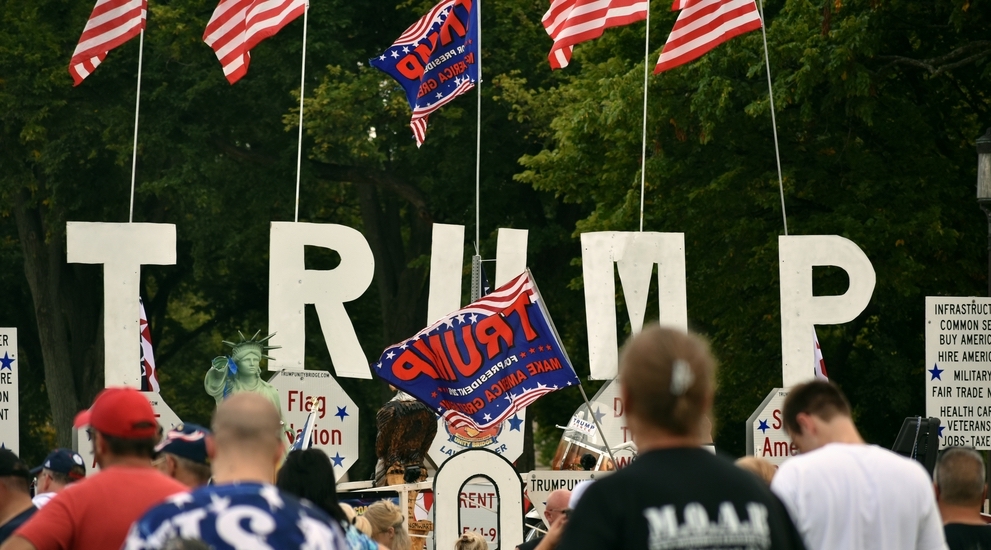 The Alt-Right in Global Politics

The so-called Alt-Right – a term recently added to the Merriam Webster dictionary – have been described as a disparate group of provocateurs that hate political correctness and love Donald Trump. Their critics say they’re nothing but bigoted white nationalists who amplify fake news and disrupt global elections.

Using fringe social media platforms like 4chan, an anarchic and anonymous message board, and automated accounts on Twitter, they have been credited with rallying support for Donald Trump, spreading the story of French President Emmanuel Macron’s leaked emails ahead of this year’s French elections and some argue the rise of the AfD party in Germany.

But who is behind this movement, what do they want? Are they gaining an outsized influence on global politics? Join us for a panel discussion, analysing the varying impact the movement has had in the US and across Europe, as well as the increasing splinter groups straying from the umbrella of the Alt-Right, and the future of the movement.

Mike Wendling is a reporter, radio journalist and author of the forthcoming book “Alt-Right: From 4chan to the White House” (Pluto Press, April 2018). He works within the BBC’s Digital Current Affairs department, where he is a blogger and editor at the BBC’s experimental social news unit, BBC Trending. He’s produced and presented dozens of documentaries for Radio 4 and the World Service about US politics including the series America’s Own Extremists, and programmes about Native Americans and the Black Lives Matter movement.

Megha Mohan is a presenter/reporter at the BBC’s social news unit BBC Trending. There, she has reported and field produced on subcultures on the internet across Africa, the US and Europe. This has included on the War on Drugs and online rise of President Duterte in the Philippines, livestreaming in China, meme culture in India, and the spread of propaganda and misinformation in Burundi. She has been part of award winning teams for the BBC World Service such as Newshour, World Have Your Say and World Update. She regularly appears on BBC News TV to discuss social media trends. Prior joining the BBC, she spent extensive time working for NGOs in the Great Lakes in Africa.

J. Lester Feder is a senior world correspondent with BuzzFeed News, now based in London focusing on nationalist movements. He has covered human rights issues around the world since joining BuzzFeed News in 2013. In 2015, he was named Journalist of the Year by theNational Lesbian and Gay Journalist Association in the United States for his reporting on fights over LGBT rights from places including the Vatican, Uganda, and the former Soviet Union. Before joining BuzzFeed News, Feder covered the Obama administration and Congress for Politico in Washington.

Dr Joe Mulhall is Senior Researcher at HOPE not hate. Formerly he was a visiting lecturer at Royal Holloway, University of London where he also he completed his PhD on the postwar far right. He held a Research Assistantship at Harvard University and obtained an MSc from the London School of Economics and a BA from the University of Liverpool. He has published extensively (both academically and journalistically) on the international far right and Islamism and discussed his research on the BBC, CNN and Channel 4 news and written for the Guardian and New Statesman among others. He recently co-authored HOPE not hate’s new report The International Alternative Right: From Charlottesville to the Whitehouse. He also sits on the board of the Holocaust Memorial Day Trust.

Patrik Hermansson is a researcher of far-right extremism at HOPE not Hate. He has a MSc from LSE and a degree in Political Science from Uppsala University in Sweden. He’s also a contributor to Swedish anti-far-right extremism magazine Expo and recently came out of a one-year infiltration of the international Alternative Right for HOPE not hate, which was featured in a New York Times exclusive and is being made into a documentary film, My Year In Kekistan.

HOPE not hate is a unique type of anti-fascist and anti-extremist organisation. For the past 14 years, they’ve been leading the fight against fascists and extremists internationally – using a potent blend of research, undercover operatives and public engagement to close down the space white supremacists and racists operate in.

Read HOPE not hate’s new report on the alt-right (and alt-light) The International Alternative Right: From Charlottesville to the Whitehouse? which involves Patrik’s undercover work.