A Quiet Inquisition follows the daily life of OBGYN Doctor Carla Cerrato, as she works at a public hospital in Nicaragua and battles the restrictions of a new law which forbids the termination of any pregnancy, even when a woman’s life is at stake. As pregnant women and young girls turn to the hospital for help, Carla and her colleagues are torn between fears of prosecution and their moral duty as doctors to save lives. Illuminating the deadly implications of this law through human stories, the film reveals the reality of an absolute abortion ban against the backdrop of Nicaragua’s complex political, religious and historical identity.

The documentary was inspired by an article in the New York Times that examined the restrictions of El Salvador’s anti abortion laws. “We actually started the film in El Salvador, but when we arrived there people did not want to talk about the issue,” said Zeka.

Along with co-director Holen Sabrina Kahn, Zeka then turned to Nicaragua, where the change in law had just gone into effect and people were more willing to speak. It was there that they met A Quiet Inquisition’s main protagonist, Dr Carla Cerrato, and the story began to take hold.

“Over the period of time, Carla opened up a lot and it was like following the dots for us,” Zeta said.

Zeka discussed her intent to show the “universe of the doctor,” placing the issue of anti-abortion laws in a broader political and socio-economic context. Poverty, lack of education, and teenage pregnancies are prevalent in Nicaragua, an environment that reinforces the struggles faced by Carla in her daily work.

Zeka spoke of how she wanted to underline these issues from the beginning of the film, particularly by focusing on Dr. Cerato’s work with young girls.

“It was pretty disturbing for me,” she said. “That was one of the hardest things for me to deal with whilst making this film: 12-, 13-year-old girls walking out the hospital with 25 year old men. We met 45 year old guys with 13 year old girls.” 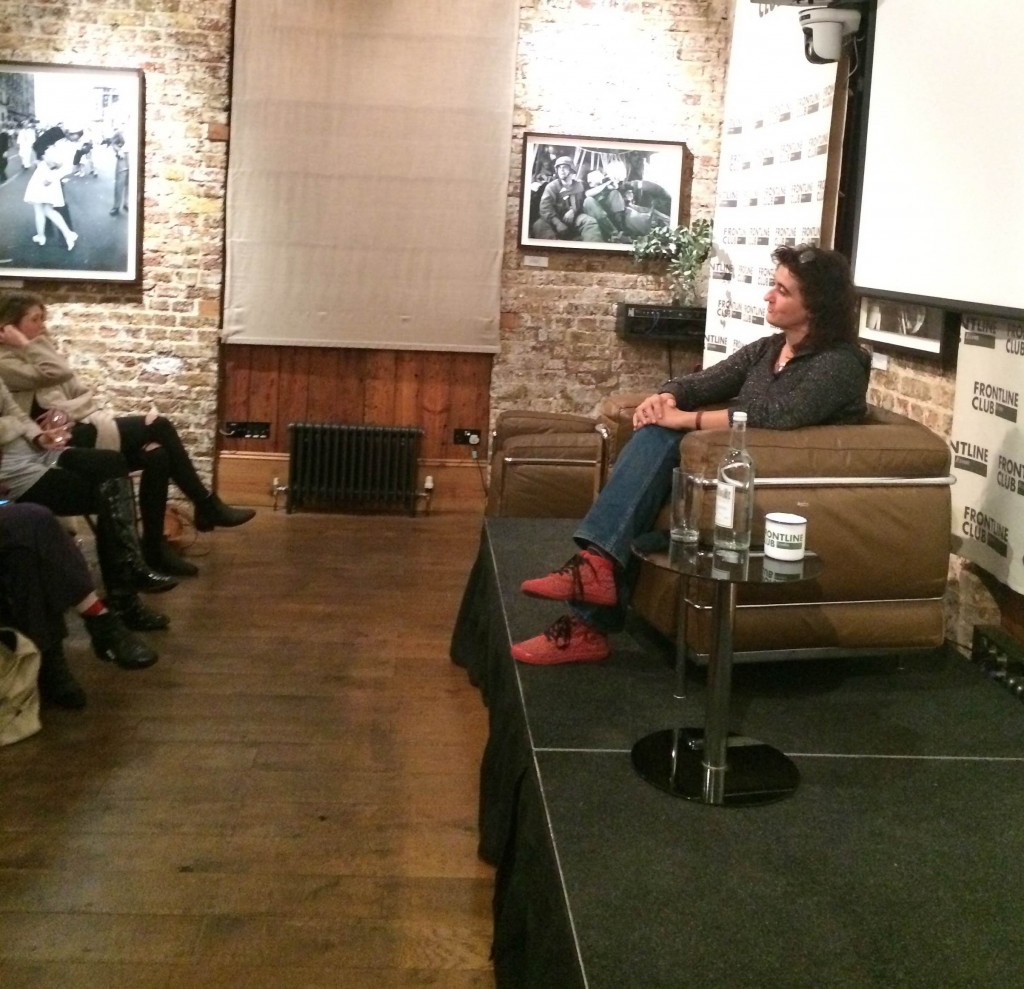 Asked by an audience member if she thinks Carla will get in trouble with the authorities for being so frank in her criticism of the new law and her willingness to break it, Zeka said: ‘We’re hoping and praying that she wont… I spent a lot of time with her and sometimes she’s very excited and gung ho about it and sometimes she’s a little bit afraid.”

The film has so far received an overwhelmingly positive response, and the hope is that Dr. Cerato’s story will continue to have a wider impact.

“We would like things to be different, we would like people to have a conversation about it,” said Zeka.

“We will also show the film to medical students, as there are many who don’t know how to make procedures for medical abortions. Even if we can achieve that, to have more students in Nicaragua to be trained for these cases, we have already achieved something.”

Click here to find out more information about A Quiet Inquisition and upcoming screenings.