The product of two years’ work and four three-week-long trips to South Sudan, State Builders benefits from unprecedented access to vice president Riek Machar and the then Deputy Special Representative of the UN Secretary-General, Lise Grande.  In the Q&A session that followed the screening, Poiret explained:

“Most of the access was through Lise Grande. We had full access to her diary and she let us film everything, as long as there were no objections from others – which didn’t happen.”

However keeping track of Riek Machar was more of a challenge, Poiret continued:

“Each time we went to Juba it was a guess whether Riek was in town. We lost a giant amount of time waiting for him.”

Access to senior officials in South Sudan is notoriously difficult, and for its insight into the negotiations between the government and the UN – and the private thoughts of Machar – State Builders deserves a great deal of credit.

The film’s focus is on the immensity of the challenge faced by South Sudan in the months before and after independence. 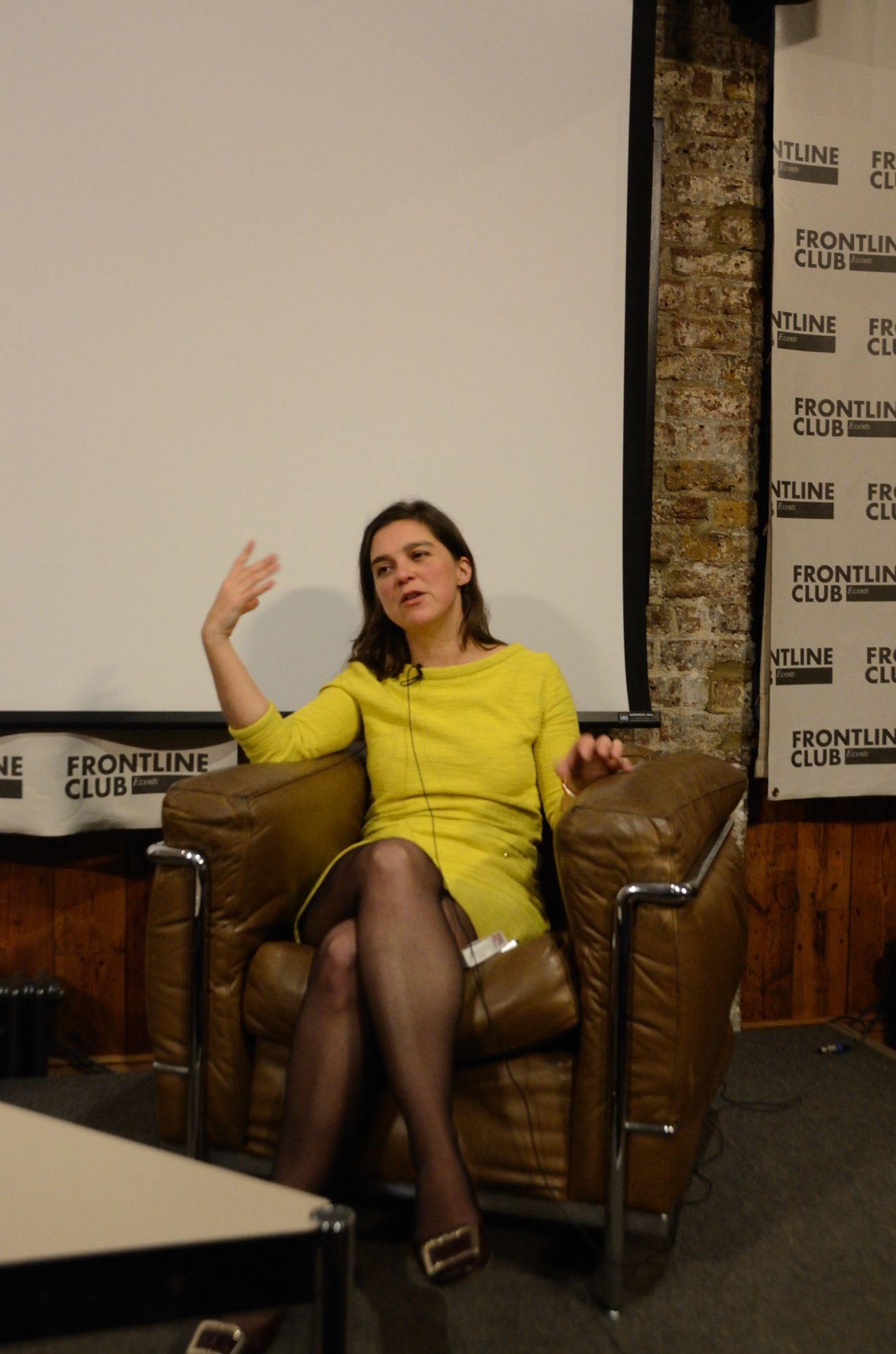 Under the Khartoum regime, which won independence from the UK in 1956, the south of Sudan was completely neglected, meaning that when it was created South Sudan not only lacked an institutional framework, but had barely any paved roads and little industry.

“The only industry they have is a brewery,” said Martin-Kessler, referring to the SAB Miller-owned producer of the local beer, White Bull.

In one of the film’s opening scenes, Machar is greeted by one South Sudanese woman who pays homage to him in song, celebrating the imminent achievement of independence with the line “South Sudan will have it’s own telephone code, it’s own flag.”

The scene’s inclusion was an example of the gentle ironic humour that help to give viewers of State Builders some respite from the seriousness of the many issues faced by the new country. But it also makes the point that for a population that has suffered decades of poverty and war, these symbols of independence matter more than any notion of governance or development. This is something that makes the UN’s state building challenge all the more difficult.

“There has never been a state building exercise as difficult as this in the twentieth century,” said Grande, in one of a stream of media-focused soundbites from the UN deputy that were a running theme through the film. “It will take a generation.”

Machar, who featured both in official meetings and in more intimate moments around the dinner table, said that the new country needs to mobilise not less than $500bn in five years:

For the time being, more basic needs have to be met. “A 15-year-old girl has more chance of dying in childbirth than graduating from school,” says Grande in one scene.

The film sheds light on just how challenging the UN state building mission is in South Sudan. “Everything we hoped for didn’t make it,” Grande says at one meeting of the organisation’s objectives prior to independence. “There’s not even an agreement on how to go forward.” 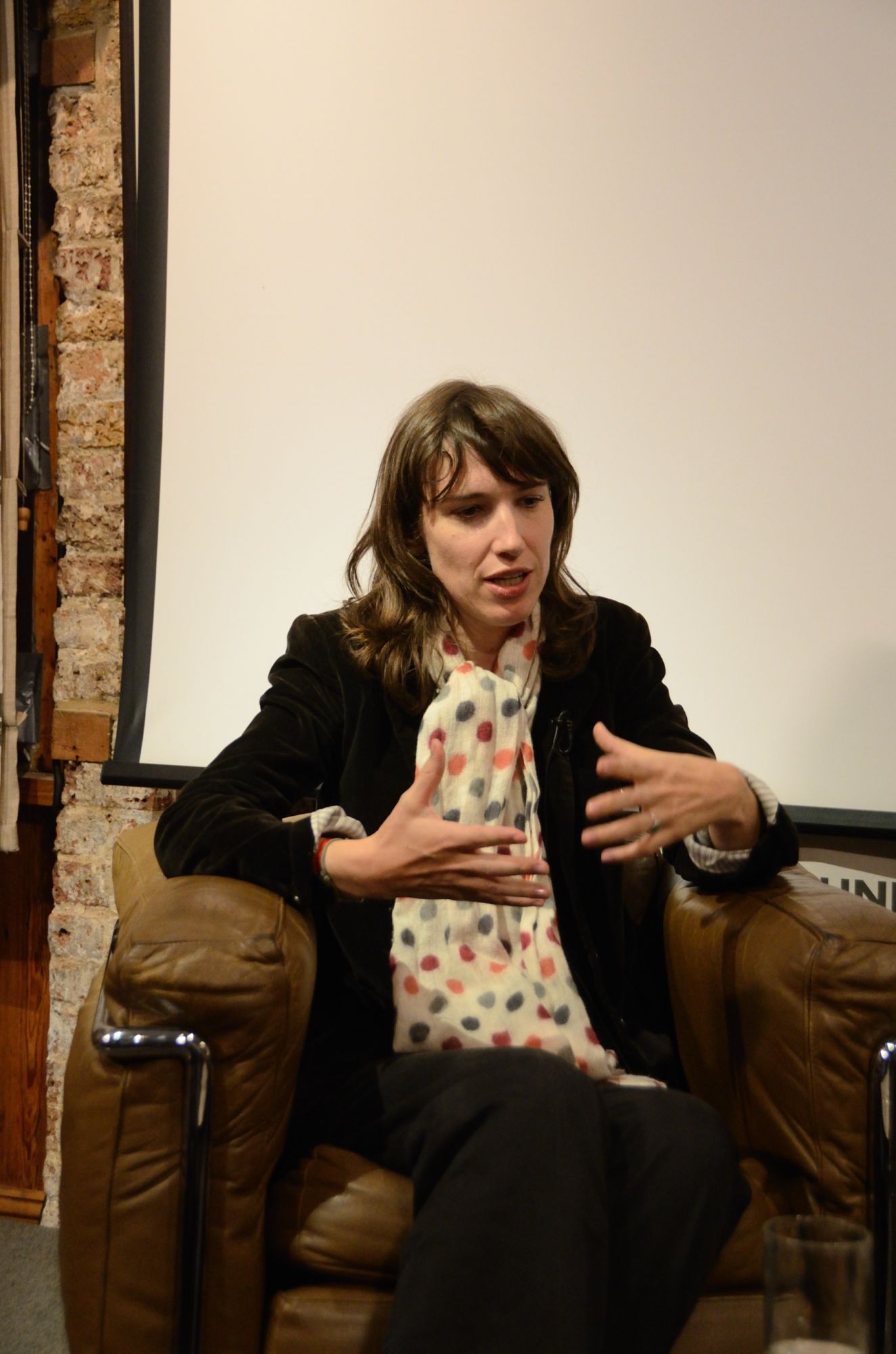 In one moving scene, a South Sudanese disporan, who has left his job as a professor in Los Angeles to take charge of building South Sudan’s national archive, sifts through piles of decaying papers several feet high.“This is our national memory,” he says sadly, “Being eaten by insects.”

The UN operation in the country is huge, with almost 10,000 people there. However, both the government and the UN’s enormous South Sudan mission have been heavily criticised for not being as effective as they should.

The government, meanwhile, is often characterised as nothing more than a patronage network. In Juba, the pre-fabricated government offices buildings often stand empty and ministers complain that their staff just don’t turn up to work.

Martin-Kessler and Poiret, though, say that the reality is not so straightforward. Kessler:

“The population is very cynical about the UN. They expect a lot, and they think they deserve it. The government also criticises the UN, but at the same time they use their resources.

“There are almost 10,000 people in the UN mission, spending about $1bn a year, so of course there’s wastage.”

Poiret dispelled the notion that government officials don’t work, saying that a lot goes on behind the scenes:

“Some people at the UN despise South Sudan’s officials and I think it’s a mistake, because they’re very good at what they do, and at getting what they want. Government officials do work. It may not be in the office, but they work in their hotels in the evenings.”

As the country approaches its second birthday on 9 July, the UN must decide what to include in its new mandate, which is renewed on an annual basis. Martin-Kessler commented:

“It will be interesting to see what’s in the mandate. A lot depends on the international community – whether they shrink the mission – which is very possible. It will say a lot about the perils ahead.”

Either way, for a country that is so poorly developed in every respect, the challenges will continue to be immense.