Screening: Shorts at the Frontline Club – Between the Lines Special

Join us for our next evening of short documentaries, showcasing films from different parts of the world, covering a wide range of topics. Shorts at the Frontline Club showcases moving, striking and funny films, exploring the different faces of documentary. This month’s edition is part of a series of Between the Lines Follow-Up Events and will focus on ‘filming the unfilmable’. Followed by a discussion on how to document events that that are difficult to access with French independent multimedia journalist Adrian Branco, canadian filmmaker Jason Lee and director Tim Travers Hawkins. 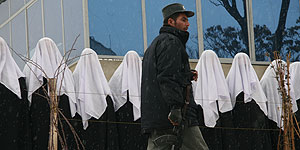 The Death Row (SE) One morning 15 figures appear in traditional Afghan mourning costumes in one of the most crowded public spaces in Kabul. Zarneghar Park is known for its background as the public place where the Taliban used to commit mass executions.
Directed by Maryam Ebrahimi | Duration: 5′ | Year: 2012 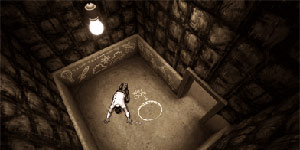 1000 Voices (UK) On an answer phone in a government basement, those detained indefinitely in UK removal centres leave messages. As they speak their experiences materialise in nightmarish images.
Directed by Tim Travers Hawkins | Duration: 9′ | Year: 2009 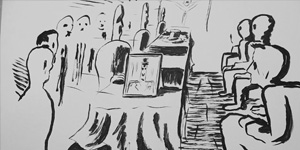 The Death of Corporal Rivière (F) From June 2010 to July 2011, Adrian Branco documented the daily life of the 2nd Marine Infantry Regiment, deployed in the Surobi Valley, Afghanistan. Back in France, the army asked him not to publish the photographs he had taken during a funeral service held for a soldier killed in Afghanistan. Through the drawings of French cartoonist Adrien Demont, Branco reflects on freedom of speech for embedded journalists covering conflict.
Directed by Adrian Branco | Duration : 6’| Year : 2012 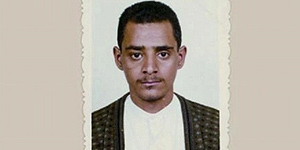 Death of a Prisoner (US) Filmmaker Laura Poitras makes a journey to Yemen, following the return of the body of Adnan Farhan Abdul Latif to his family. In 2012, he died in solitary confinement at Guantánamo at age 36, after nearly 11 years of imprisonment there, despite never having been charged with a crime.