The total running time of the evening will be 85  minutes. 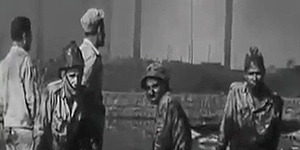 Things I Heard on Wednesdays (Egypt)
Illustrated by family pictures and the personal stories of his relatives, filmmaker Abu Bakr Shawky takes us on a lively journey through modern Egyptian history. This photographic documentary shows the strong bond tying human lives with the history of the nation.
Director: Abu Bakr Shawky | Duration: 9′ | Year:2012 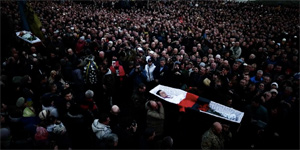 Kiev (UA) President Yanukovych’s decision to pull out of a treaty with the EU in late November sparked anti-government protests in Kiev, Ukraine. Filmmakers Oleksandr Techynskyi and Aleksey Solodunov chronicled the increasingly tense protests on Independence Square. This is a raw account of the events on 20 and 21 February 2014. Directors: Oleksandr Techynskyi & Aleksey Solodunov | Duration: 5′ | Year: 2014 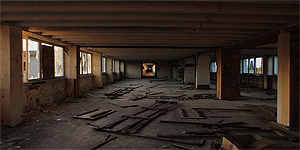 Aus Dem Auge (Germany)
An enormous concrete building constructed during the Nazi era reminds us of the architectural absurdity of national-socialism. This abandoned cathedral got lost and forgotten somewhere in a loophole of history. This cinematic and aesthetic film becomes a statement of critical analysis.
Director: Matthias Zuder | Duration: 11′ | Year: 2013 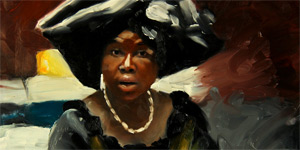 30% (Women and Politics in Sierra Leone) (UK)
This oil-painted animation brings to life the stories of three powerful women in postconflict Sierra Leone. Anna Cady reveals the violence and corruption these women face as they fight for fairer representation in governing their country.
Director: Anna Cady | Duration: 11’| Year: 2013 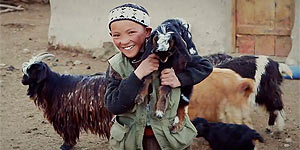 Lost on the Roof of the World (US)
The Wakhan Corridor in eastern Afghanistan is tucked between the Hindu Kush mountain range, Pakistan, Tajikistan, and China. This territory is home to the Wakhi and Kirghiz people who lead lives virtually unchanged for centuries, battling an extremely rugged environment without roads or amenities. Director: Frédéric Lagrange | Duration: 20′ | Year: 2013 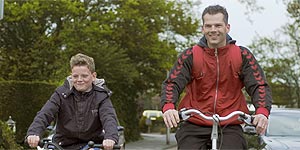 Hear This! (NL) Ten-year-old Tristan loves football. His biggest wish is for his father to be his team’s coach. The club says his father would never be a good coach because he is deaf. Tristan thinks that’s nonsense. His father is a brilliant football player; he even plays for the Dutch national team for the deaf. Director: Soulaima El Khaldi | Duration: 15′ | Year: 2013 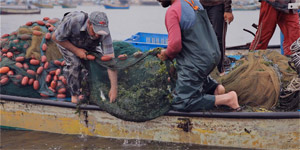 Sayadeen (UK) Forced to fish within a three mile sea frontier, the fishermen of Gaza are struggling to survive. While supplies are dwindling, they risk everything to feed their families.