This is the selection for the upcoming edition. The total running time is 85′. 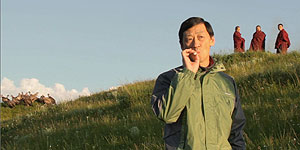 Vultures of Tibet explores the recent commercialisation of a sacred Tibetan funeral tradition known as Sky Burial. With the modernisation of Western China and the expansion of tourism in Tibet, burial sites are now highlighted on tourist maps and local officials charge visitors admission to view the private ritual. Directed by Russell O. Bush | Duration: 21′ | Year: 2013 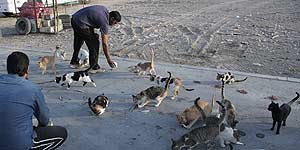 Feeding 500 portrays Sediq, who has an irresistible determination to feed 500 of UAE’s stray cats each day – which he has been doing tirelessly since 1995. While he is expected to send money home to his family in India, he spends all his earnings on cats. Directed by Rafed Alharthi | Duration: 20′ | Year: 2013 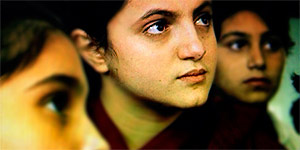 Layla’s Melody follows a young Afghan girl who hasn’t seen her mother in four years. Her father was killed in the war and poverty landed Layla in a Kabul orphanage. When she gets a message that her mother is coming to visit, Layla is worried that she wants to take her back to the village and marry her off. Directed by Jens Pedersen | Duration: 17′ | Year: 2013 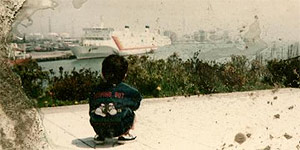 Recollections depicts the power of around 750,000 photographs, found in the debris near the city of Yamamoto after the March 2011 tsunami in Japan. Damaged by sea water, oil and mud, young Yuji Mizoguchi realised how much a photo could mean to a surviving relative and started looking for ways to repair the images. Directed by Nathanael Carton | Duration: 13′ | Year: 2013 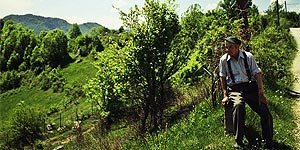 Stremt 89 goes back to Romania in 1989 when the anti-communist revolution was taking place in the streets of big cities. All around the country, people were waiting with contained excitement for something to change. Although the road through Stremţ ends in a mountain wall, its inhabitants were eagerly awaiting army tanks, terrorists and glory. Directed by: Anda Puscas and Dragos Dulea | Duration: 14′ | Year: 2012