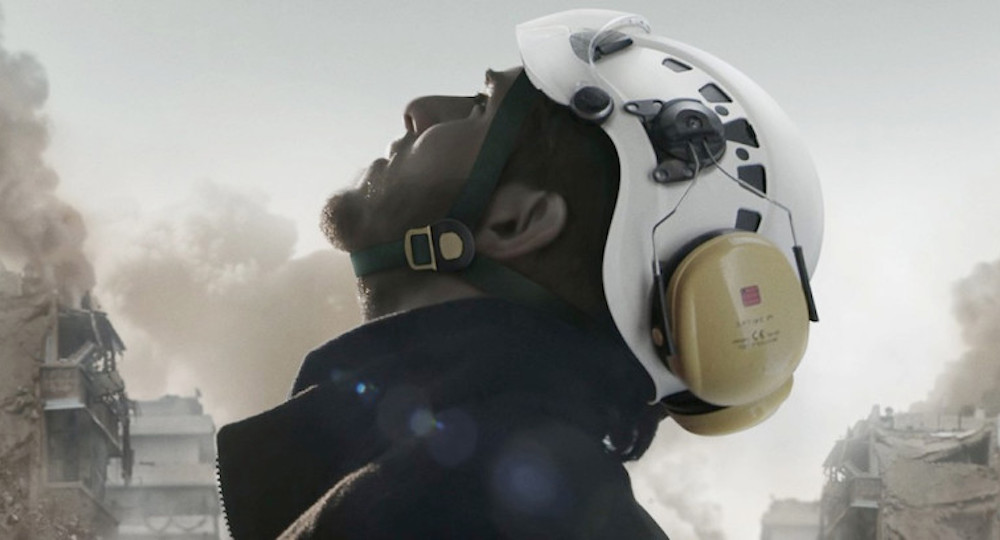 This screening will be followed by a discussion with director Orlando von Einsiedel hosted by Clarissa Ward, CNN foreign correspondent.

When the bombs rain down, the Syrian Civil Defence rushes in. In a place where public services no longer function these unarmed volunteers risk their lives to help anyone in need – regardless of their religion or politics. Known as the White Helmets these volunteer rescue workers operate in the most dangerous place on earth.

As the conflict in Syria worsens, ordinary people are paying the highest price. More than 50 bombs and mortars a day land on some neighbourhoods in Syria. Many are rusty barrels filled with nails and explosives, rolled out the back of government helicopters — bakeries and markets are the most commonly hit targets. When this happens the White Helmets rush in to search for life in the rubble – fully aware that more bombs may fall on the same site. These volunteers have saved 62,000 lives – and this number is growing daily.