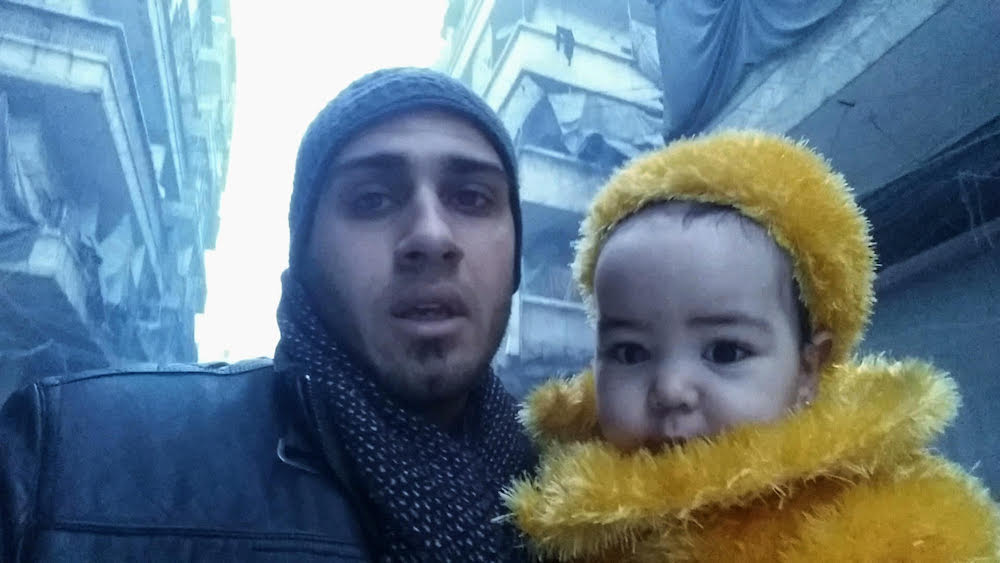 The Frontline Club will be screening the BBC Arabic documentary ‘Goodbye Aleppo’ followed by a Q&A with the makers of the film.

‘Goodbye Aleppo’ is a documentary about a team of four young citizen journalists who film themselves and each other as the battle for Aleppo rages around them in December 2016. They show us what daily life is like in the last days in the east of the city, as the Syrian Army, the Russian and Iran armies, and Iran-backed militias gradually take the city from opposition fighters. The team film in extremely dangerous and life-threatening situations, trapped, bombarded, and encircled with the civilians under siege in East Aleppo. ‘Goodbye Aleppo‘ is a dramatic, emotional, gripping, thoughtful, and unique film that tells the story of the fall of East Aleppo as it has never been seen before, through the personal stories and insights of these four young men.

This film is not just a dramatic, gripping story of one of the most important battles in Syria’s civil war, it is also an important historical document. 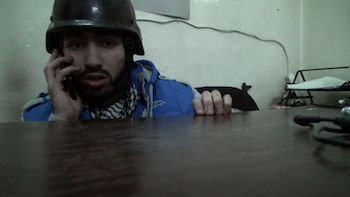 Christine Garabedian is a freelance Producer-Director of documentaries and current affairs programmes. She was born in Beirut and is of mixed Dutch and Armenian-Lebanese heritage. In the last six years she has worked mainly at BBC Arabic, on the Broadcast Award-nominated documentary series ‘Close-up’, which includes observational films and investigations.

Kai Lawrence (Editor) is a freelance director and editor with more than 30 years experience in broadcast documentary and current affairs, working on projects that have either won or been nominated for: Academy Award, Foreign Press Association, BAFTA, AIB, Canadian Screen and Royal Television Society awards. Kai is also an electronic musician and a guest lecturer on the Goldsmith’s University BA Film course. ​

Mahmoud Ali Hamad (Associate Producer) was born and raised in Der’aa, Syria. He has worked at the BBC since 2009. He now works as a Field Producer at BBC Arabic. He has worked on Syria’s conflict and uprising since 2011 and often appears as a commentator on Syrian affairs.