Despite all the obstacles frustrating recent developments in the South Caucasus, and specifically a new push to resolve the frozen conflict between Armenia and Azerbaijan over the disputed territory of Nagorno Karabakh as well as to normalize ties between Armenia and Turkey, this year has been one of the most liberating yet. For the most part, this has been as a result of new and social media. Ironically, however, it has also been indirectly connected to (the lack of normal) relations between Yerevan and Baku.

Based in Armenia, and unable to visit Baku even on a British passport because of my surname, although I’ve been in touch with journalists, students and bloggers in or from Azerbaijan, nothing could quite have prepared me for the new possibilities offered by blogs and social networking sites such as Facebook. Of course, personal and working relationships online are one thing, but a number of contacts soon transferred themselves into the offline world.

In September, for example, I co-presented with regional analyst and blogger Arzu Geybullayeva in Telavi, Georgia, at a Model Caucasus Parliament where the organizers – like Imagine Dialogue before them – had contacted me for some of my contacts to invite as participants. At the same time, Arzu and I also paid a fleeting visit to the ethnic Azeri village of Karajala. A few weeks later, again in Georgia, I was introduced to the Azeri tea ritual by two journalism student friends from Azerbaijan.

Ironically, the ceremony shared between friends was at an Azeri teahouse run by ethnic Armenians in the old part of Tbilisi. Soon after that I was also fortunate enough to meet and interview Parvana Persiani, a leading youth activist from the OL! Azerbaijani Youth Movement at the World Blogging Forum in Bucharest, Romania. The combined experience was even enough for a blog post for Frontline and an article for Osservatorio Balcani e Caucaso.

In the 15 years since a ceasefire agreement put the conflict between Armenia and Azerbaijan over the disputed territory of Nagorno Karabakh on hold, various peace proposals have faltered. But if Armenia’s first president was even forced to resign over talk of a concessionary deal by nationalist hardliners in his government opposed to a compromise settlement, the main obstacle in recent years has been public opinion.

Yet, despite the risks, the increasing popularity of sites such as Facebook as well as other new mediums for self-expression such as blogs offers new potential for social media and other online tools to move in to fill the information gap. Although not a means to an end in themselves, these tools could have a significant potential as part of other traditional conflict resolution, management and transformation initiatives.

“These new tools can be used to foment violence or to foster peace,” wrote Global Voices Online Executive Director Ivan Sigal in a paper, Digital media in conflict-prone societies, for the Center for International Media Assistance (CIMA) earlier this year. “[However] it is possible to build communication systems that encourage dialogue and nonviolent political solutions,” the former researcher on citizen media at the US Institute of Peace added.

Now, as I write this post, I’m preparing for a return visit to Georgia to work on a number of stories with a few Azeri and Georgian blogger and journalist friends. In particular, after a friend – Michael Andersen of Al Jazeera English – visited the country as part of a documentary on the Karabakh conflict  a year ago, I’m set to go to Tsopi, a small village co-inhabited by ethnic Armenians and Azeris in particular. Rarely reported on, the village was recently referred to in one (academic) report.

[…] On the outskirts of the village we noticed rural infrastructure: a trade center that was not functioning, and something that immediately attracted attention, standard two-storied block houses, situated compactly in the middle of the village. […] Currently, around 200 families live in the village, which were described in the following way by a former teacher of Georgian language (male, Azerbaijani, 81 years old): "Here, mostly two nations are living " Armenians and Azerbaijanis". These ethnic markers, important from the point of view of everyday life do not carry any conflict potential in them. The space of the village is divided, albeit quite relatively into an Azerbaijani "mahla" Azerbaijani quarter, S.G.), Armenian "mahla", and the "village" proper, which consists of the above-mentioned standard block houses, a space where rigid ethnic segregation is non-existent. The cemeteries are also separate, which according to a local woman "has been like this since times immemorial" this is a tradition" (female, Azerbaijani, 75 years old).

However, in spite of the "tradition" there is also a sacred place common for all the dwellers of the village " an Armenian church attended by all the village inhabitants in order to "light candles and make wishes" (female, Azerbaijani, 75 years old). Unlike Sadakhlo and other Azerbaijani-populated villages, where information about relations between Armenians and Azerbaijanis had to be gathered bit by bit, here in Tsopi this topic usually came to the surface from the very first phrases of the interview. "Even though today the relations of Azerbaijan and Armenia are bad, we live well, we are friendly, we visit each other. We all gave each other our word: let Azerbaijan and Armenia do whatever they want we shall live here as brothers!". A woman living in the village says about her Armenian neighbors "We live as one family, we celebrate our festivities together. They come to us, we go to them" (female, Azerbaijani, 38 years old). The same attitude was demonstrated in the "Armenian part" of the village: "Here life is very difficult (from the point of view of material well-being, S.G.), but we live here quietly, calmly" (male, Armenian, about 50 years old). [&h
ellip;] […] The influence of the media from neighboring Azerbaijan and Armenia is not yet big enough to lead to emergence of conflicts: "My children watch TV and say "oh, these Armenians"" I explain to them: you don"t need this, there is no need to tell them anything" (female, Azerbaijani, 38 years old). Or "In our village almost everyone has a satellite antenna. For example, my son, who is in 7th grade, once watched too much TV (Azerbaijani channels, S.G.) and said: "these Armenians" they have done such bad things". And I tell him "We live on a Georgian soil, we have to live here together. It is better not to tell them anything" (Azerbaijani, male, about 40 years old). I think it can be safely assumed that Armenian television presents its own version of the events to the Armenian villagers. This is the main influence from the outside world, where there is "knowledge" that Armenians and Azerbaijanis cannot live together. While school often participates in the production of stereotypes and "images of the enemy" through history textbooks, in this case that does not happen since the school program does not include the subject of history of their "own" nation-states.

As a conclusion, I would like to return to one of the stereotypes that are most common both on grassroots level and in the official discourse of Armenia and Azerbaijan, according to which states Armenian and Azerbaijani peoples cannot live side by side. I hope that many of those who are subject to the hypnotic influence of such myths will learn about the existence of villages like Tsopi, which is by far not the only existing remnant from the times when the lives of the two peoples were closely intertwined. […] One of such unsuitable projects, in my view, is the main principle of nationalism, which we discussed above. Everyday life of the dwellers of Sadakhlo, Tsopi and other villages of Georgia, where Armenians and Georgians have lived side by side for many years, demonstrates that even in complicated social settings, under the mighty ideological influence of the media, conflicts are not inevitable. On the contrary, from a more general point of view representatives of different national communities, including Armenians and Azerbaijanis, are destined to a to co-existence as neighbors, as in the case of the villagers of Tsopi. It is necessary to pay attention to these spaces of coexistence and then probably there will be much more chances to make the perspective of peace closer to this region.

Positive Examples of Coexistence from the History of Peoples and States of the South Caucasus. Collection of papers by historians and analysts from Armenia, Azerbaijan and Georgia (Yerevan, Armenia).  Yer.: Antares, 2009 – 140 pages.

The visit will also provide us with the opportunity to demonstrate the potential of mobile reporting to cover subject matters overlooked or ignored by a politicized media in the region and will use as many of them as possible – from Twitter through Facebook to blogs. Given the tendency for the media in Armenia and Azerbaijan to dehumanize the other and the inability of journalists in either to engage in cross-border communication or fact-checking, such an endeavor is long overdue.

Incidentally, special thanks should particularly go to Frontline Club blogger Guy Degen for his pioneering use of mobile reporting in the region as well as other contributors to the site who have been analyzing or promoting the use of new online tools especially in conflict situations. Meanwhile, with just seven days to go until what should be one hell of a ride, the one week reporting trip can be followed on Twitter at @caucasusproject and at http://www.oneworld.am/diversity/. 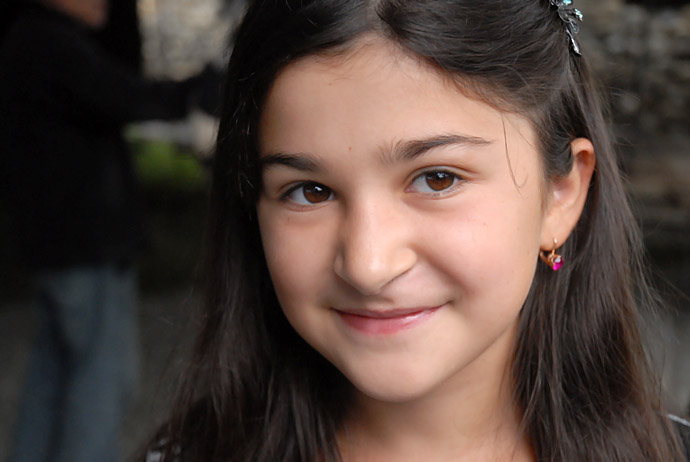