Remembering Alexander Cockburn: His Past and Our Future

In the presence of Alexander Cockburn’s close family and friends an intimate tone was set. Glass started discussions with a friendly warning:

“Never cross a Cockburn, if you cross one of them . . . they will swarm over you like a squadron of B-52s. . . . That’s one of the qualities I admire of the Cockburn’s, they always come to one another’s defence.”

Alexander Cockburn’s loyalty to others, his beliefs and his engaging writing skills were aspects emphasised by all the speakers. After listing the various papers Cockburn wrote for when he moved to America in the 1970s, Stein praised Cockburn’s “unity of vision” and went on to say: “He tied the aesthetic into its social use.”

Cockburn’s ruthless journalistic approach when working in America was described by his brother as being unique:

“He won the reputation for lots of British reporters as being radical, . . . going from radical incisive British journalism to America and being part of a new wave. Actually I think it was Alexander and that was it.”

Stein went on to read extracts from his published work that, according to her, exemplified Cockburn in his “attack mode” and another in his “positive mode”.

Evident to the audience was that Cockburn was no doubt a man of multiple ‘modes’. His daughter Daisy Cockburn spoke warmly of her father’s eccentric habits and how she admired his detailed letters to her with his “muscular and robust approach to language”. 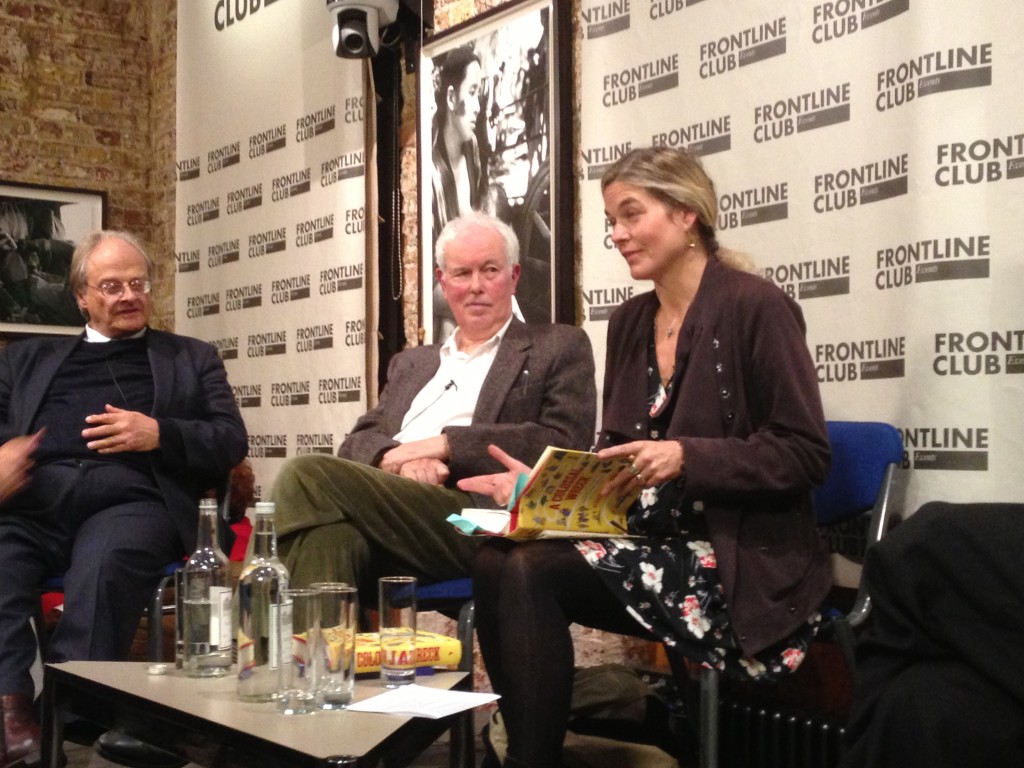 Cockburn’s tenacity and endless energy evidently took shape not only in his writing, but in all that he did. Paff gave lively examples of Cockburn’s relentless enthusiasm to organise every aspect of life, from his attention to detail in cooking recipes to the arrangements of Paff’s own son’s wedding. All this summarised well a man who had time for everyone and anyone. In Paff’s words:

“He saw more in them [the ordinary man] than they saw of themselves, and they loved him for this.”

Alexander Cockburn’s approach was evidently a humanistic one. His persistent challenging of the dominant power structures meant he often had to fight the media outlets that supported them.

“What still strikes me about Alexander,” said Patrick Cockburn, “is how fundamentally serious he was, how judicious in weighing the evidence, how averse to conspiracy theories, how little influenced by conventional wisdom.”

According to Blackburn and Paff, Cockburn was not short of unconventional material for his polemical writings. Paff explained in a satirical tone:

“The year he arrived in America – 1971 – was the year we [America] were blowing up islands in the Barrier Straits with nuclear weapons. . . . It became wackier than ever. They suddenly thought they could mine with chemicals weapons and build canals. . . . So Alexander had this array of targets to hit here.”

Praised by Glass for his “insight and foresight”, Cockburn notably criticised the Enron Corporation at a time when the mainstream press continued to sing its praise. Similarly, he expressed concern for the US’s new foreign policy strategy in the immediate aftermath of the 9/11 attacks.

Cockburn’s disagreements with fellow journalist Christopher Hitchens seemed to be on everyone’s mind during the Q&A. His brother diplomatically urged everyone to read the book for more insights.

Paff concluded on the issue of journalists who challenge the status quo:

“In this world it’s counter-punch not punch, we are receiving the blow and trying to stay alive.”

The discussion ended as it had begun, with a warning. This time from Paff, who mocked the “looming clock of doom” with its ever-present “apocalyptic threats”. His was a cynical reminder that behind the strategic socio-political threat always lies a far greater hidden one.

Watch it back and listen to the podcast: