The poisoning of a former Russian spy and his daughter by a nerve agent and the speculation if Moscow could be behind the attack was the basis of a debate at the Frontline Club yesterday, Monday 19th March.

Sergei Skripal, a former double agent and his daughter Yulia Skripal remain critically ill in hospital after being exposed to the Nerve agent, novichok in the town of Salisury earlier this month.

The panel that came together to discuss the attempted murder were, Jane Bradley, an investigations correspondent for BuzzFeed News; Marina Litvinenko, widow of Alexander Litvinenko and writer of Death of a Dissident: Poisoning of Alexander Litvinenko;  Chris Phillips former Head of the National Counter Terrorism Security Office and Mary Dejevsky a writer and broadcaster and chief editorial writer for the Independent. The evening was chaired by Oliver Bullough, a prize-winning writer, broadcaster and journalist, who has written about the former Soviet world for the last decade and a half.

Bullough began by asking Phillips if he could give the security service’s view as to what is happening in terms of investigations into this case. He said:

“There is a very close liaison between the police, the MI5 and MI6 and GCHQ and that’s just as well. This is one of the reasons why we have a been reasonably successful against terrorism. There are other agencies involved from across the world who work very closely on intelligence gathering. So all these will be coming together to try and formulate what’s happened. And to be quite honest, the people who did this could well have been out of the country before we even realised the attack had taken place.”

The question of how members of the public should read what has been reported in the media was then raised by Bullough, especially as a number of them gave different accounts of how Mr Skripal and his daughter came into contact with the substance. To this Bradley replied:

“There’s been a lot of sensationalist and single source reporting on this. But there’s been some great reporting as well. What you really are looking for is how many sources are saying the same thing and who the sources are.”

A point was then raised on the British government’s response to this latest attack as compared to when Mr Litvinenko was killed by radioactive poisoning in London in 2006. Marina Letnvenko who was married to him at the time replied:

“We waited for two weeks just to conform it was poisoning, it was only after Sacha’s (Alexander’s) death it was realised that it was Polonium 210. This investigation was absolutely brilliant. But when it went to an inquest it started to get very difficult, it was made as narrow as possible. But now this is completely different, the press immediately attended and Theresa May says it was definitely Russia.”

Turning to Dejevsky who is a former Moscow correspondent Bullough asked if she thinks the lessons of Litvinenko’s inquiry can be applied to the poisoning of the Skriplas. She explained:

“Personally, I felt it (The Litvinenko inquiry) was a total scandal and reflected appallingly on UK’s boost on being a country ruled by the rule of law. That inquiry took so long to hear evidence. What is happening now is over compensation by the government in the way they responded to the Litvinenko inquiry and they risk being exposed for elevating this to a diplomatic crisis so soon without any more evidence.”

She also thought the cooperation of the different agencies as pointed out by Phillips was not a good thing and went on to explain:

“A lot of the things have not come out from Salisbury  which are absolutely basics, when did this happen, what time, how did it happen. I am very sceptical of the official explanation because I don’t understand why the Skripals were targeted so many years after they were living here, apparently blamelessly. Litvinenko was different because he was part of the Berezovsky set and he had been quite public in condemning Russia. The other thing is why Putin would do this in the run up to an election, in the run up to the Wold Cup in Russia? He is generally risk averse and he would not sign off on something that was unpredictable and could destabilise things.”

“Putin has made it very clear that the Russian state does not tolerate traitors. He went on state TV after the Skripals’ attack to say that traitors are not safe on UK soil and actively listed all of the deaths that we’ve reported on, it was almost like they were taunting UK.” 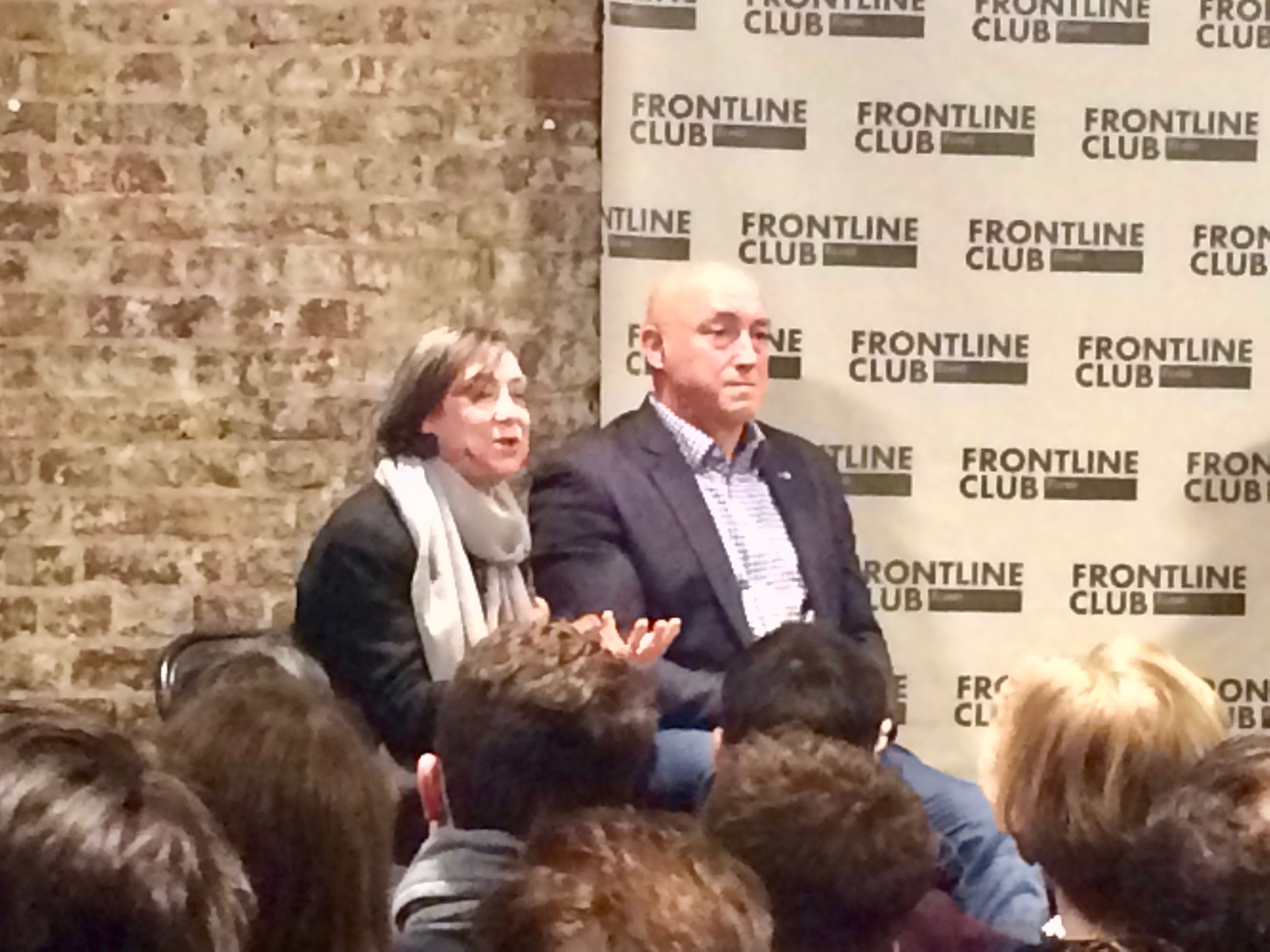 Members of the audience on this evening’s debate included lawyers, analysts, journalist as well as television camera crews. Some of them raised the point of a Russian extradition list and the murder of Nikoli Glushkov on 13th March. Another question was also raised as to who else could have sanctioned the attack on the Skripals and if it could be Russian linked but without Putin’s knowledge.

Maria Litvinenko replied it was Russian policy to deny everything. However, for Dejevsky the question was not ‘if Russia then who’ but more of ‘if not Putin then who’? For Bradley the manufacturing requirement to weaponise the chemicals used in the poison novichok amounted to a state involvement. Phillips however pointed to the evidence that Russia has carried out similar attacks before and had reason to be involved in this latest attempted killing of Sergei and Julia Skripal.

Elena Tsirlina who represented the Litvinenko family throughout the inquest and the public inquiry was also in the audience and asked Dejevsky:

“Is it ignorance or manipulation of facts in terms of the way in which you continue to question the findings of the inquiry.”

To this Dejevsky replied:

“It is certainly not wilful ignorance. It’s my judgment on the evidence I heard and the knowledge that, as you say, some of the crucial evidence was missing because the two-accused refused to testify, and Russia refused to extradite them. The other way it was defective because there was no intelligence service evidence which was available to the lawyers on either side or to Marina, or to the journalists and that is why in my view the inquiry was defective.”

The discussion between the panel members and the audience carried through to the members room and over dinner in the Frontline Club Restaurant.