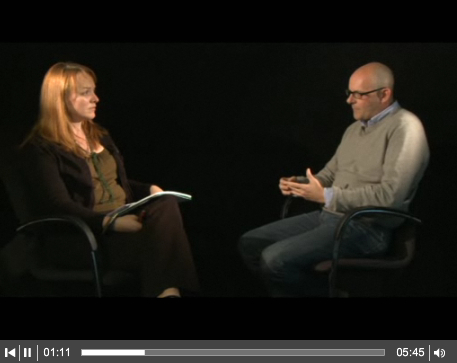 Peter Beaumont, Observer journalist who has reported from war zones for twenty years, talks about his experiences on the Guardian website with Tracy McVeigh today. The newspaper runs an excerpt from his latest book, The Secret Life Of War today. Peter will be at the Frontline Club on May 12 to talk more about his life as a journalist on frontlines around the world. Most interesting in the article at The Guardian is the postscript,

It is not always the big things. Last September, on the eve of an ordinary assignment, I woke up and realised I never wanted to see an airport again. I didn’t want the smell or the sight of them. The grey, boring moments spent waiting in departures lounges I felt had eaten up my life. I didn’t make it to Heathrow.

It was a crisis that had been building for over a year. In my last year reporting from Iraq, something had happened. Rather than seeking the most meaningful stories, I had slipped into chasing the most dangerous ones. And in the process I had become someone I didn’t want to be. Not someone who wrote about the consequences of war, but someone who had become part of its logic.

When, on the last day of what would be my final trip in 2007, a car bomb exploded in front of the vehicle that I was in, it didn’t seem to matter. It was, I rationalised at first, an ordinary event in the country that is in conflict. Except that it did matter, in ways I could not then imagine. I dreamed about explosions. I jumped at slamming doors. I experienced periods of recklessness and of stultifying dissatisfaction. Two months later I found myself explaining why I never wanted to go back to Iraq again. And later still, why I had had enough of travelling.

The writing of The Secret Life of War was part of the crisis. In two-and-a-half years of working on it almost every day, I’d come to expect that when it was done, I would have written my last words about the conflict. But there was no sense of catharsis, no sense even of completion. Now at least I am happy with it for what it is, an attempt to deliver a personal, tentative and partial description of aspects of the experience of war.

But I am travelling again. This time I made it to Heathrow and Sarajevo. In January I covered the violent aftermath of the conflict in Gaza, and plan to return to finish a long-term project. I am not certain I understand fully what has changed. But I am no longer the person who came back from Iraq. Less confident and more careful, I have, I hope, reconnected with the person I once was – a person who cared about the victims more than the rituals of war.

I have realised too that everyone who is engulfed by war – willingly or not – loses something. For me that has been a connection to ordinary life, to my children and friends, and habits that, as I grow older, I have learned can never be repaired. In that knowledge, perhaps, there is a balance to be found. link